Vince Cable was the long-serving MP for Twickenham and leader of the Liberal Democrats from 2017 to 2019. Cable also served in the Cabinet as Secretary of State for Business, Innovation and Skills from 2010 to 2015. Now he has turned his attention to China, writing “China: Engage! Avoid the New Cold War” (Bite-Sized Books, 2020), a considered, 100-page appeal to engage commercially with China. Paul French spoke with Cable about China’s economy, some possible bumps in the country’s economic road ahead, and the current ethical implications of doing business with China.

In China: Engage! you identify China’s ageing population as a key threat to continued economic growth, and that China must move up the productivity league through innovation and entrepreneurship. Despite some examples in AI and the internet, can you point us to some other examples of innovative entrepreneurship?

There is a demographic issue facing China, which has a declining work force and ageing population without yet becoming rich, unlike Japan and Western Europe: one dimension of the Middle Income Trap. There has to be productivity growth. Some comes from greater efficiency in SOEs, if the government is willing to push controversial rationalisation as in the Zhu Rongji days. There are also some highly innovative firms making world class technological progress: the e-commerce market where we are seeing an integration of retail sales, pay and social media for example. Huawei’s problem in the USA is that it was ahead of the competition in 5G.

Despite the levels of what you term ‘dodgy debt’ remaining stubbornly high, you argue it has largely been offloaded onto the state. Given the fear of slowing investment leading to reduced growth, unemployment and slower consumer spending, how much questionable debt can the state absorb before it becomes a real problem?

‘Dodgy debt’ was my crude reference to a lot of the commercial debt advanced in the ‘shadow banking’ sector. To use Tom Orlik’s metaphor, this is the bubble that hasn’t burst. A lot of Westerners were predicting a crash and/or a Japanese-style period of debt deflation. It hasn’t happened. One factor is that the Chinese state is the lender of last resort, and China’s sovereign debt is at model levels. Other financial techniques – debt-equity swaps; refinancing of loans; write-offs – have been used to manage the problem. But the continued reliance on debt-financed economic stimulus to support growth via often wasteful projects (which don’t pay for themselves) means that the problem of debt hasn’t gone away.

The successful emergence of a consumer-weighted economy is to be welcomed, but if the economy slows/stalls could we not see a scenario of grossly overextended consumers with large mortgages, loans and personal credit debt accruing? And could this be a threat to social stability?

So far Chinese consumers haven’t been overburdened by debt. Consumer credit is relatively underdeveloped and the new ‘social credit’ system is designed in part to prevent debt delinquency becoming a problem. 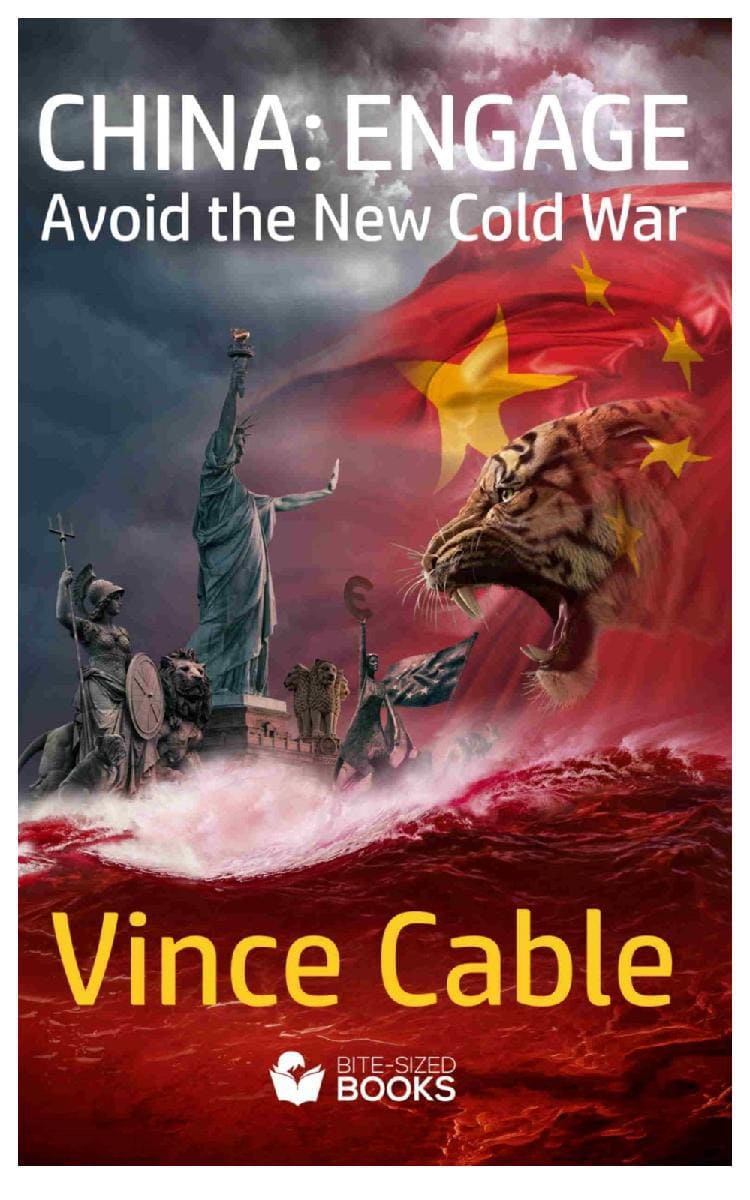 Some estimates, both from within and without China, see a stalling in the growth of the middle class (household income of £17,500 per annum/30 million urban households). If true, is China not already in the Middle Income Trap and won’t those just below perhaps feel frustrated and excluded from the ‘China Dream’?

The warnings about a Middle Income Trap have been around for much of the last decade and are recognised by the government. The parallels with middle-income countries like Argentina, Russia and South Africa are however very strained. China’s issues are distinct. I think it is more useful to think in terms of bulls vs bears; optimists vs pessimists. The bulls have won every argument so far but there is no guarantee of future success. Perhaps the best and most coherent statement of the ‘bears’ argument is George Magnus’s “Red Flags” which identifies the key challenges: demography; debt and unproductive investment; and the difficulty of getting real innovation in a controlled and repressive environment. I am, nevertheless, a ‘bull’.

You mention the US becoming more aggressive towards ‘the threat of Chinese technological competition’ referencing moves against Huawei, TikTok, WeChat etc. How do you view the UK’s reactions to Huawei in telecoms and CGN in nuclear?

The British u-turn on Huawei was undignified and taken under pressure of American sanctions rather than by choice. The old relationship in the 3G/4G worlds worked well. Despite complaints about security risks they were managed. When 5G had to be confronted, the May government reached a sensible compromise keeping Huawei except in the core functions where theoretically Huawei could get a ‘back-door’ into secure and sensitive systems. But with the advent of US sanctions, the government was faced with the difficulty of not being able to guarantee that all China-sourced components would be secure. Then the US pressed for all Huawei legacy systems to be ripped out at great cost. For the UK, the ‘special relationship’ took precedence over the real costs of removing Huawei from the system and not being able to use Huawei for 5G.

You note that it might become more difficult for some foreign companies to do business in Hong Kong with the new National Security Law. Do you also think that many companies with CSR commitments as well as investment funds with ethical/moral investment guidelines will find issues such as Hong Kong and Xinjiang highly problematic and a barrier to them operating or investing in future?

The Hong Kong situation will depend on how the Chinese authorities now treat the overseas private sector. If there are cases of interference with, say, reporting on economic issues or if court cases can no longer be seen as immune from political pressure, the trickle of companies leaving Hong Kong for Singapore and Tokyo will grow to deluge proportions. Companies using Xinjiang raw materials and final products are going to face pressure from NGOs and anti-China political groups on the political left and right. Some will feel the need to make CSR statements on the issue. What makes it more difficult for companies is that some in Western governments want to increase pressure on China as part of a ’new cold war’ and they are likely to continue to fan the flames of hostile public opinion.