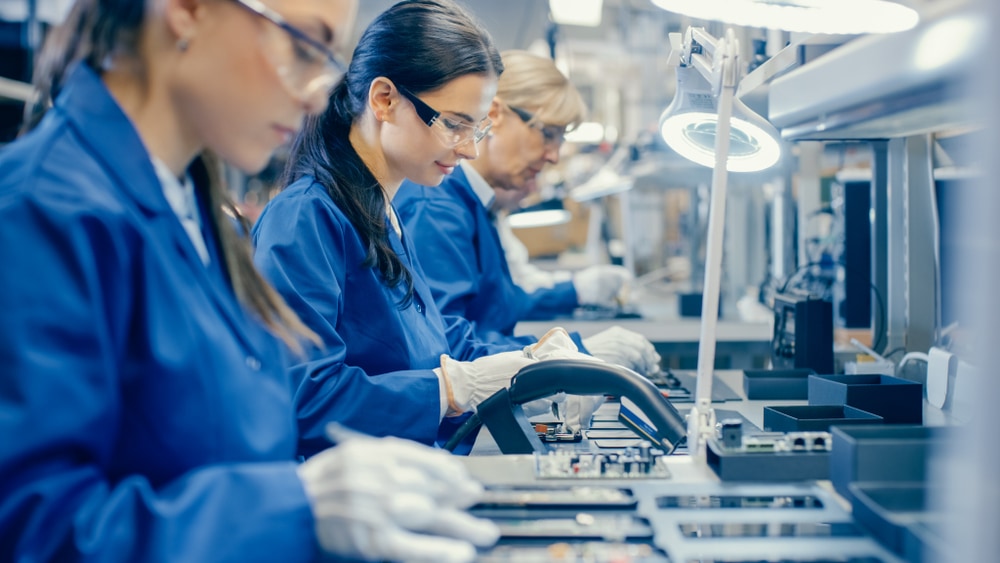 A new report by Cambridge Econometrics commissioned by CBBC shows that nearly 150,000 jobs depend on links with China

The UK’s growing economic ties with China now support well over 100,000 British jobs across sectors from tourism to electronics and engineering, according to a new study by Cambridge Econometrics (CE) released on Tuesday.

In its report, CE estimates that a combination of the UK’s burgeoning trade with China, allied to the fast-growing numbers of Chinese tourists and students, now help provide work for between 124,000 and 149,000 full-time employees. The research was commissioned by the China-Britain Business Council, which is the UK’s independent voice of business, supporting trade and investment between the UK and China.

The report’s findings provide clear evidence of the tangible benefits to British livelihoods that stem from the UK’s open trading relationship with China, said Matthew Rous, Chief Executive of the CBBC.

“This report shows that the remarkable growth in the UK and China’s economic ties in recent years has become a major factor in supporting British jobs,” said Rous. “That’s a testament to the hard work put in by hundreds of British companies to expand their businesses in China.”

The sharp rise in UK exports to China in recent years is a key factor behind the high number of jobs now provided by British companies doing business with the world’s second-largest economy. Last year, China was the UK’s third largest export destination, after the US and EU, up from 15th place back in 1999.

In turn, shipments to China now support 60-80,000 jobs at British goods exporters, CE estimates – with about half of those accounted for by companies in the mining and quarrying, transport equipment and electronics sectors.

And while the UK’s services exports are much lower than its goods exports, they still help to provide employment for between 30- and 35,000 workers, CE estimates, with jobs in architecture/engineering and business support services among the most prominent.

Among the report’s other striking findings is evidence of the huge value to the British economy from the large numbers of Chinese visitors to the country, pre-pandemic. The UK recorded over 1 million visits from Chinese tourists last year, up more than fivefold from 2009. Chinese nationals spent £1.9 billion in the UK last year, nearly 7% of all spending by overseas visitors here.

This remarkable surge in Chinese tourism is responsible for supporting over 16,000 jobs, CE estimates, with most coming from accommodation and retail and financial services.

British universities have seen a surge in Chinese student numbers recently too: Some 120,000 people enrolled in UK courses last year – around one-quarter of all foreign students. Spending by those students – around £1.9 billion in the 2018-19 academic year, supports an estimated 17,600 jobs, according to CE estimates.

Chinese investment in the UK is another important source of job support, the report finds. That investment is still low, relatively speaking: the stock of Chinese FDI in the UK has remained between £1.7 and £2.3 billion in recent years, around 0.2% of the global total. Even so, CE estimates (citing government figures) that Chinese investment helped create 9,000 jobs between 2016/17 and 2018/19.

How British companies find clients and partners in China