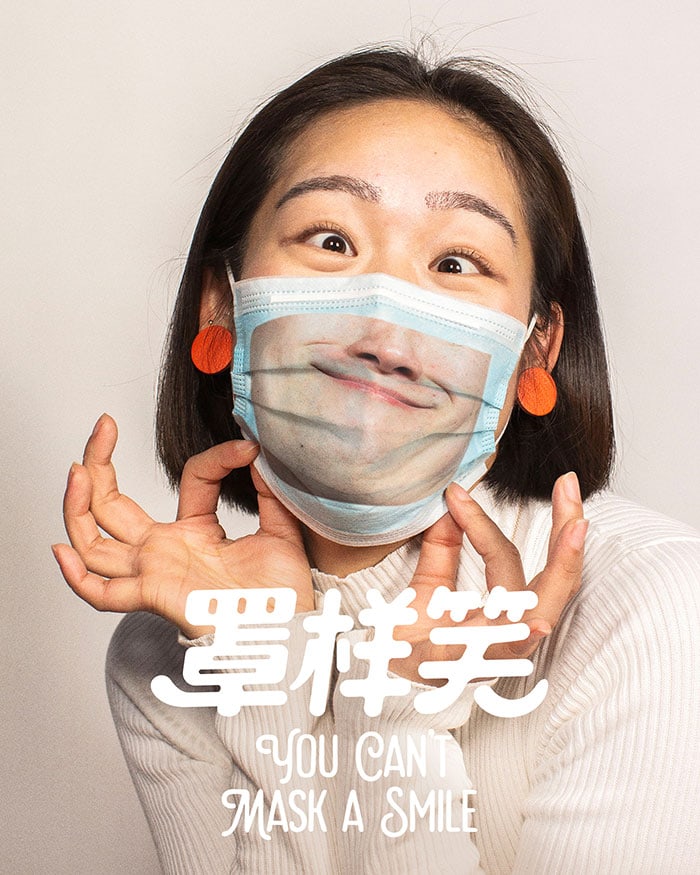 Louisa Loehrig and the team at Dao pick their five favourite campaigns of the year so far, explain what makes them special, and what they reveal about recent trends in China.

COVID-19 may have sent China’s GDP plunging, but Chinese brands didn’t stick their heads in the sand. Whether it was to advertise new products, celebrate a ‘special day’, big up a shopping festival or show solidarity during COVID-19-  in China, 2020 campaigns kept on flowing. 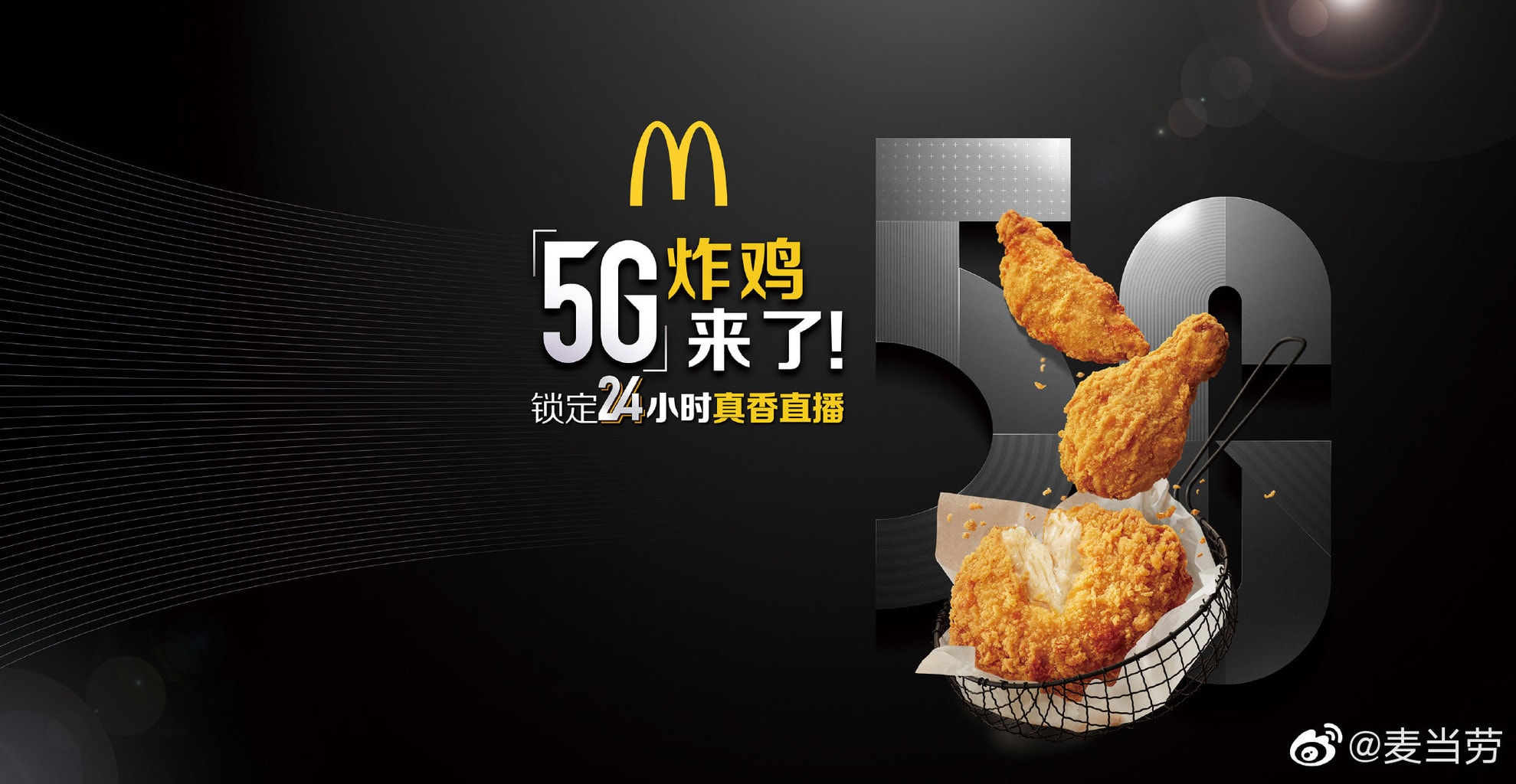 When you think of McDonald’s, burgers, fries and nuggets are more likely to come to mind than new-tech, so Chinese consumers were quite rightly puzzled when McDonald’s released a teaser online for its new ‘5G product.’ A smart idea, seeing as 5G is such a huge topic in China at the moment. Telecoms providers are setting up hundreds of thousands of 5G base stations across the country, making tech junkies and online businesses rub their hands together in anticipation.

McDonald’s’ campaign set fire to comment buttons on social media, resulting in more than a million people tuning in to the livestream launch. Turns out, McDonald’s 5G product was not linked to 5G at all (surprise, surprise); it was a play on words: Chicken in Chinese is pronounced ‘ji’ like both the ‘G’ of 5G, and the ‘ji’ meaning technology. The campaign highlighted the five ‘technologies’ of its new McCrispy Chicken – large, crispy, juicy, fresh and tasty. 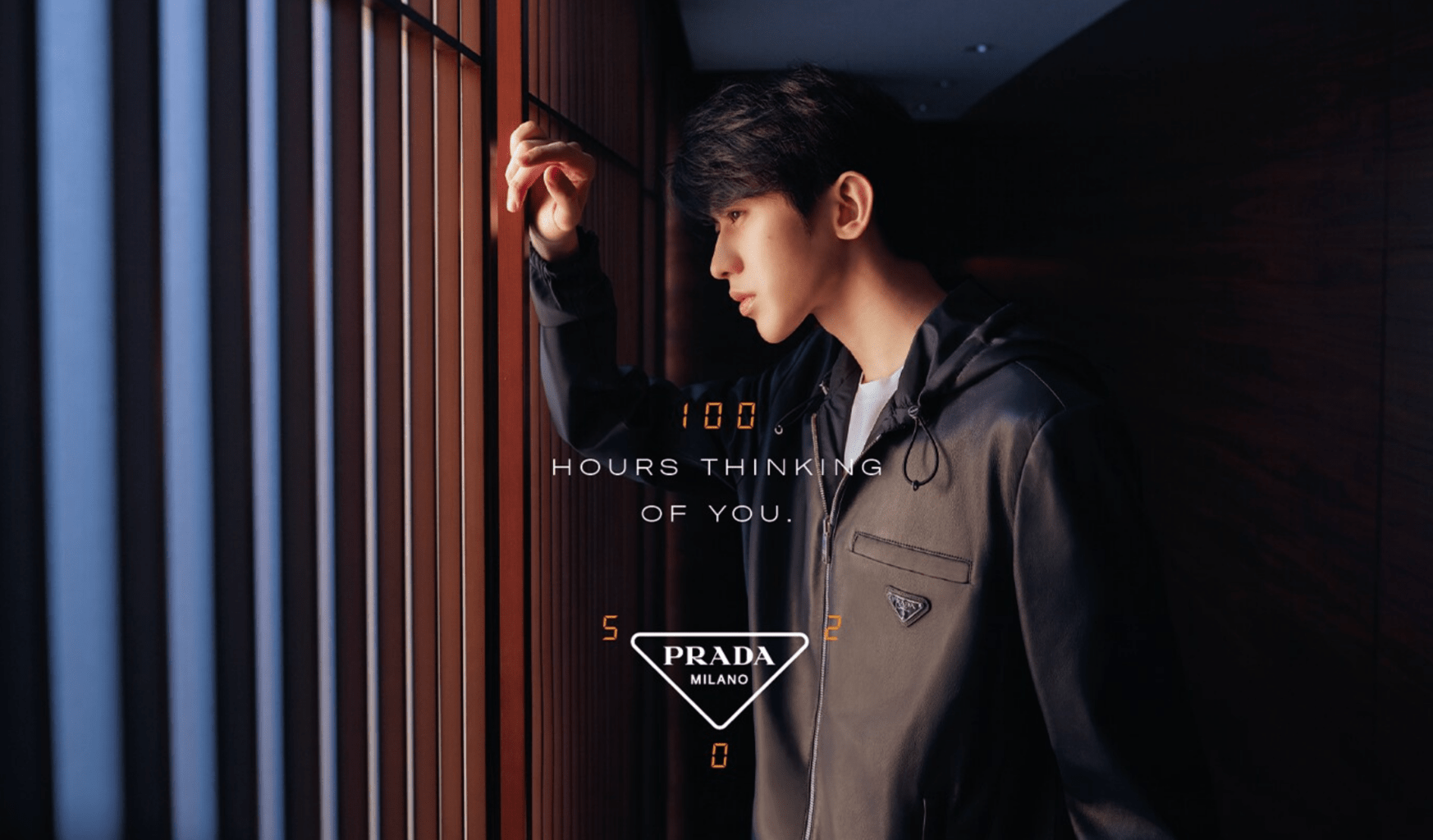 Mathematics and love don’t exactly go hand in hand, but it’s exactly what Prada chose for its 520 (one of China’s numerous Valentine’s Days) campaign. To really get the girls to encourage their boyfriends to order them the latest Prada bag, the brand featured one of China’s most popular male celebrities, Cai Xukun. Posters and videos released to celebrate the romantic day featured a series of numbers linked to romance and love. In the end (who would have guessed?) all these numbers add up to 520, which when pronounced sounds a bit like ‘I love you’ in Chinese. Yes, another play on words.

Prada’s multidimensional campaign also featured a customised poster and the option to select gifts for loved ones through its WeChat Mini Program – a nice one-stop-shop for anyone on the app. In the end, apart from selling truckloads of bags, #Prada520 gained 600 million views and 3.24 million comments on Weibo. 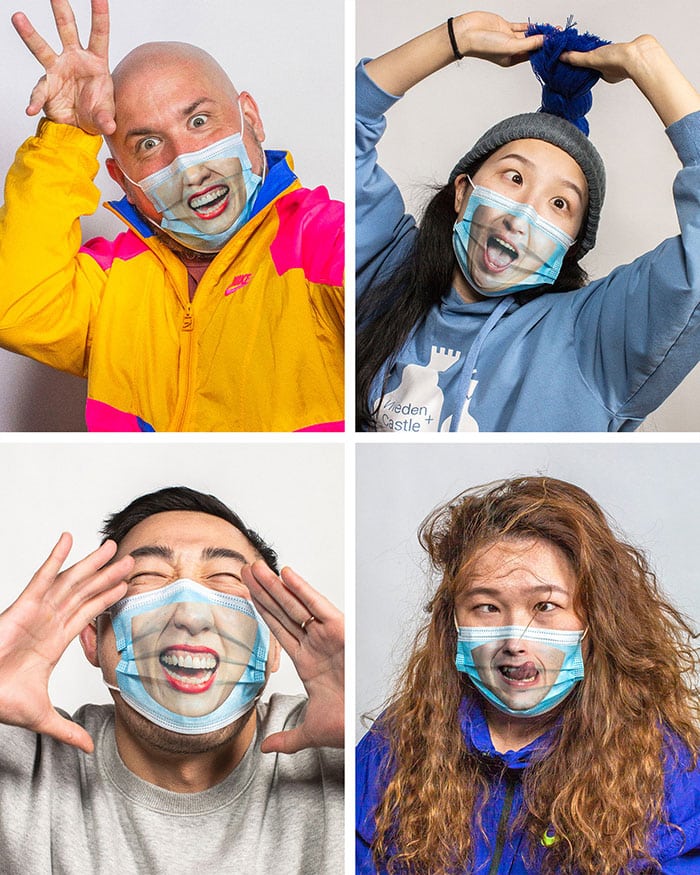 Located opposite a major hospital, advertising agency W+K’s Shanghai office witnessed its fair share of Covid-19 related scenes over Spring Festival. Sirens, PPE and masks had replaced firecrackers, dumplings and family gatherings. Instead of seeing happy faces and wide smiles during the important family celebration, faces were hidden behind masks. So, to cheer people up, W+K launched their very own ‘You can’t mask a smile’ campaign, which essentially photoshopped funky expressions on to pictures of people wearing a mask.

As the campaign spread on social media, more and more people participated – even big hitters from Alibaba Group and GAP joined the initiative

The original campaign featured photos of the W+K team and people in their neighbourhood, such as the owner of a local flower store, a barista and a chef. As the campaign spread on social media, more and more people participated – even big hitters from Alibaba Group and GAP joined the initiative. What was originally intended as a small gesture provided an excellent way for brands to show that they cared about their consumers during challenging times. 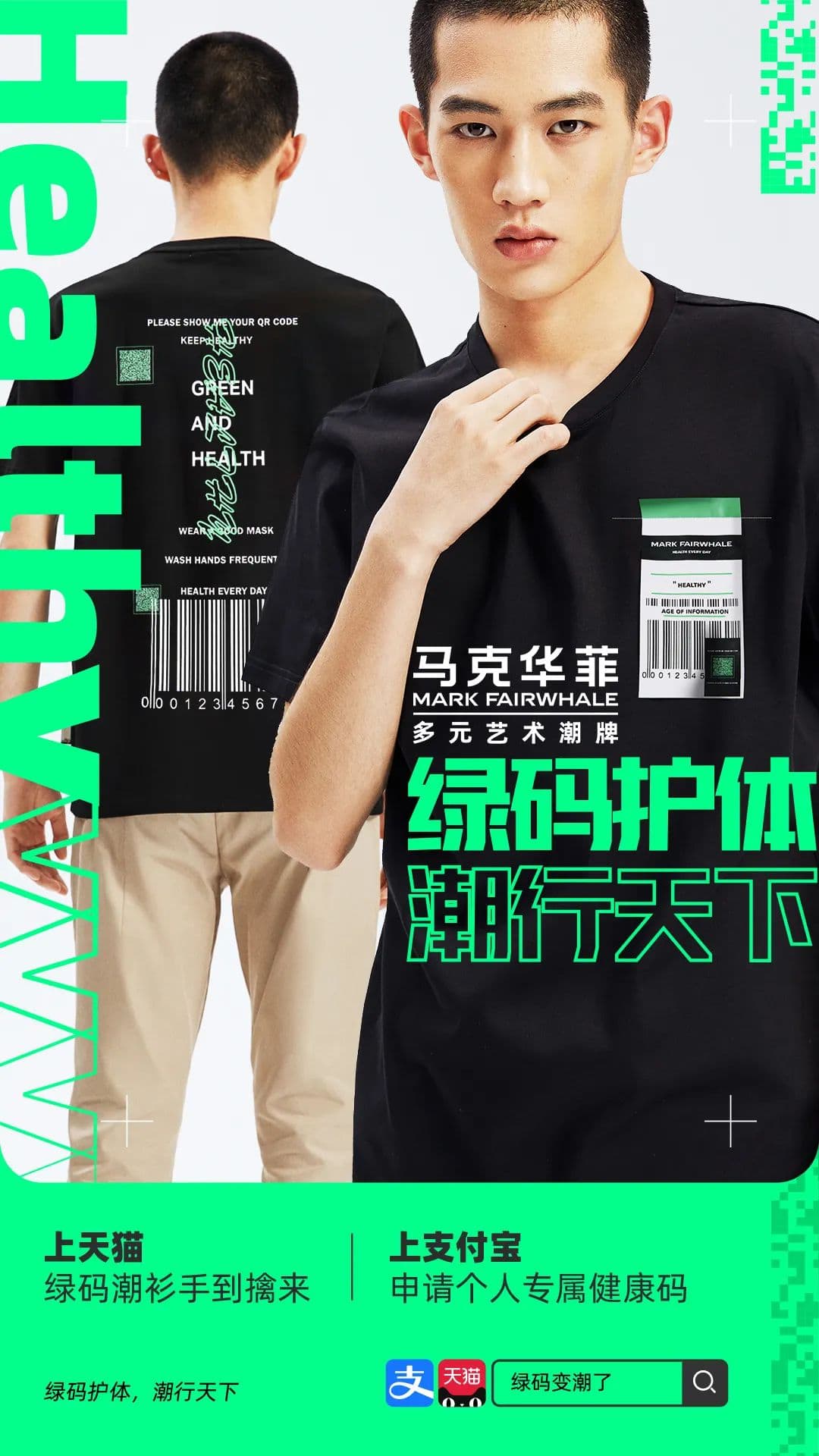 Since the outbreak of the Covid-19 pandemic, China has introduced a system in which everyone has a QR code on their phone, indicating their health profile. When scanned, the QR shows a traffic light system of red (likely infected) amber (in contact with an infected person) or green (all clear). China’s health QR code system is a trace and track system that prohibits those with a red or amber code from travelling. Only those with a green code can move about freely.

For Mark Cheung (aka fashion brand Fairwhale’s designer), the green code provided inspiration for his summer collection. Why not make it fashionable to be healthy? Although the QR code printed on his T-shirts was obviously not personalised and could not be scanned to show an individual’s health data, it impressed Chinese netizens: the hashtag ‘Green health code T-shirt’ was viewed 14.9 million times on Weibo.

Along with Fairwhale, Alibaba helped three other young designers launch their 2020 summer collections on Tmall. The colour green featured prominently in their collections and tied in with the growing environmental, health and fitness trend among Chinese consumers. 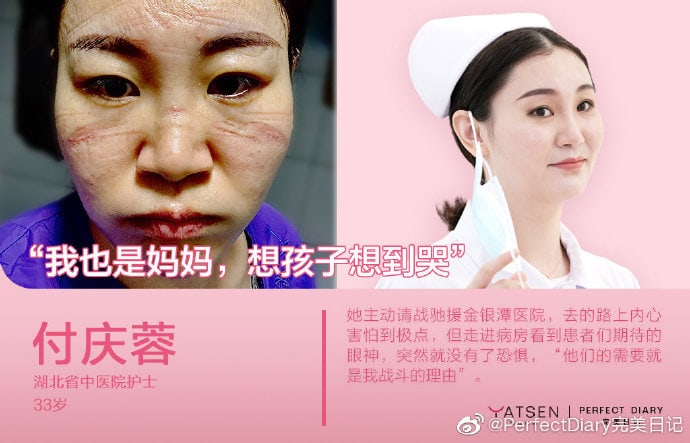 Makeup brand Perfect Diary decided to use its products to give nine front line nurses a makeover on 12 May –International Nurses Day, as China was recovering from the worst of the outbreak. Perfect Diary wanted to express its gratitude for the huge sacrifices they had made. The campaign juxtaposed images of the nurses when they had just finished a shift, with a photo of them after their makeover alongside their personal stories.

The campaign juxtaposed images of the nurses when they had just finished a shift, with a photo of them after their makeover

Since launching only four years ago, Perfect Diary has become China’s leading domestic cosmetics brand thanks to developing customer loyalty and a strong brand image. Rather than using professional models, they work with real-life role-models, giving the campaigns a more personal and relatable edge. This one went down an absolute treat with consumers, earning the brand an overwhelmingly positive response on social media.

In their Covid-19-related campaigns, Perfect Diary and W+K highlighted their social consciousness and perfectly judged the public mood, in turn boosting their relationship with audiences. All of these featured brands have also shown that it pays off to be aware of popular trends among consumers, as shown by the designers on Tmall who looked to ‘health’ for inspiration for their collections, and McDonald’s who used ‘tech’ buzzwords to build up excitement about their campaign. As such, all five campaigns have achieved great success across social media.

China’s asset management market is opening up to international players