Tom Orlik is the chief economist for Bloomberg Economics who spent more than a decade in Beijing before relocating to Washington DC. His first book, ‘Understanding China’s Economic Indicators’ was a must-have guide to China’s economic data. Now he has a new book – ‘China: The Bubble that Never Pops’ (Oxford University Press) – asking a fundamental question that just about anyone serious about understanding China’s economy, markets and data will surely have asked themselves: Will China’s economic bubble burst, how might that happen, and just where will it leave foreign businesses, China and its people? Paul French digs deeper into Orlik’s hypothesis to ascertain what exactly it is that makes China so seemingly economically robust?

We know China’s debt bubble is big – but is there any way to quantify it in understandable terms for the economic lay person?

In 2008, outstanding borrowing in China’s economy was about 140% of GDP. Now, it’s about 260%. That’s a lot of extra borrowing in a short period of time. When we look around the world, there’s basically no other country that has taken on such a lot of debt so quickly. There are, though, a lot of examples – Korea in the 1997 Asian Financial Crisis, the US in the 2008 financial crisis, Greece in the 2010 sovereign debt crisis. They took on less debt, but still had a meltdown. The fear is that China will go the same way.

You mention three previous debt crises that led to financial and social turmoil – the bursting of Japan’s bubble in 1989; the Asian Financial Crisis in 1997; and sub-prime in the US in 2008. Does China’s debt crisis have any parallels to the situation in these crises? And if not, how come it’s different?

There is a bunch of similarities. Like banks in Japan in the 1980s, China’s lenders make loans partly at the direction of the government, with the implicit guarantee that Beijing will backstop any defaults. Like Korea in 1997, China’s banks often focus on crony capitalist loans to borrowers in the same state-owned family. Like the US in 2008, there’s been excessive lending to real estate – driving house prices to artificial highs, and a lot of lending has been securitised – adding complexity and opacity to the system.

There are also two important differences, and so far they have been decisive. First, because China’s savings rate is so high, and because it’s difficult to take funds offshore, funding for the banks remains solid. For a financial crisis to happen, lenders have to run out of funds. In China, that doesn’t happen. Second, despite its rise as a global power, China is still at a relatively early stage in its development. Average incomes are low compared to the US. That’s an important contrast with Japan in 1989 – which had basically already caught up.

Because China’s savings rate is so high, and because it’s difficult to take funds offshore, funding for the banks remains solid

Japan didn’t have space to outgrow its problems. China’s not the 10%-a-year monster it was in the early 2000s, but it can still hope to grow at a rapid clip.

Xi Jinping declared a war on debt. What was his battle campaign? And did it work?

The deleveraging campaign which Xi and his chief economic advisor Liu He kicked off in 2016 was remarkable for a couple of reasons. First, it showed the government was willing to move early to address problems before they blew up. Second, it showed regulators willing and able to go into battle against some of the most powerful vested interests – the state-owned banks and the SOEs that borrowed from them. I remember visiting local banks in Henan province in 2017 when the campaign was in full swing. It really had an impact.

It’s not exactly ‘mission accomplished.’ China still has a huge burden of debt. But the campaign did notch up some wins. Shadow bank lending – arguably the riskiest part of the system – went from helter-skelter growth to contraction. And by slowing overall credit growth in the good times, China’s policy makers bought themselves a little space to allow lending to run a little faster when it’s needed. In 2020, with the Covid lockdown crushing the economy, that’s paying off.

There have been, as you note, so many “China will collapse” theories over the years – unmanageable debt, the uneasy transition from an investment to a consumption model, the demands of a rising middle class – but they’ve all been wrong so far. Why?

In 2001, Gordon Chang famously tempted fate with his book The Coming Collapse of China – ushering in close to two decades of unbroken growth. In 2020, I have tempted fate in the other direction. Perhaps I’ll have done the China ‘bears’  a favour, and the bubble will burst before the summer holidays are over. My view, though, is that China still has some years of growth ahead of it. The big reasons are the ones we already touched on.

China’s growth engine hasn’t run out of steam yet.

A high savings rate means there’s solid funding for the banks and no trigger for a financial crisis. A relatively early stage of development means there’s space for China to continue climbing the technology ladder. On economics and finance, China’s technocrats don’t get everything right, but they have proven themselves adept at managing the big challenges. Put that together and you have a growth engine that hasn’t run out of steam yet. 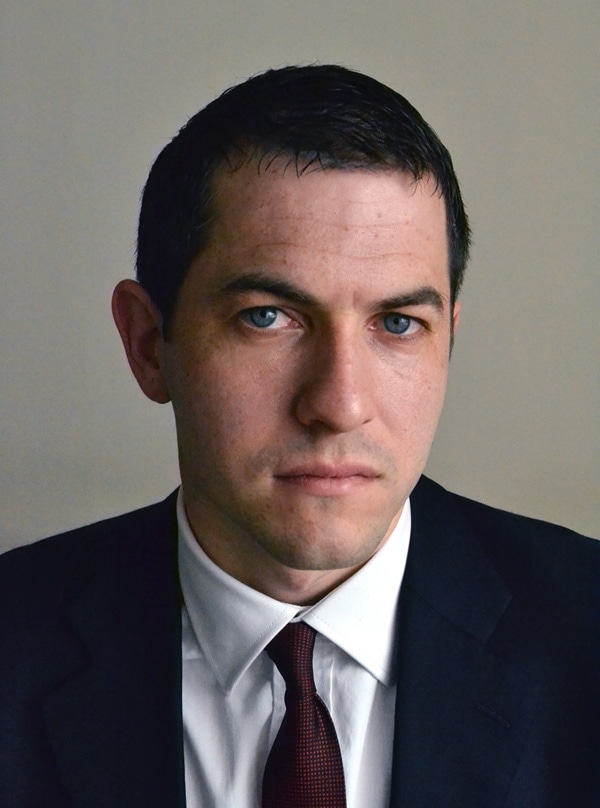 You talk about the prevalence of shadow banking with ruinous interest rates. Why do people use these illegal banks? Is there any way to accurately estimate the size of these banks and how much they are lending?

The strange thing about China’s shadow banks is that they’re actually just the banks operating through a slightly different channel. Banks lend to a dodgy borrower – maybe it’s a high-polluting factory that the government wants to cut off; maybe they have a risk of defaulting and the bank doesn’t want to acknowledge a bad loan. Instead of breaking the relationship, the bank finds another asset manager to act as a middleman.

The asset manager makes a loan to the dodgy borrower. The bank buys a securitised claim on that loan from the asset manager. In effect, the relationship is unchanged, but it now shows up on the bank’s balance sheet as an investment rather than a loan, and that enables the bank to evade some regulatory constraints.

That kind of shadow lending activity is pretty significant. Some local lenders – like Baoshang which went bust in 2019 – do more shadow lending than regular lending. There’s also what you’d consider real shadow lenders – peer-to-peer platforms, loan sharks and the like. They’re more fun to talk to but much smaller – too small to move the dial for the economy as a whole.

Vast domestic market size, good workforce demographics, a high savings rate – all these phenomena were supposed to prevent the bubbles from bursting and seemingly did – in real estate for example. But do any of these phenomena still apply in 2020?

Demographics are not looking so great – China now has a shrinking working-age population. The savings rate is still pretty high – we’ve talked about that. The vast domestic market China still has in spades, and it’s actually incredibly important. Back in the 1990s and 2000s, a massive and cheap workforce was a lure for foreign firms. Now, labour is more expensive, but China’s growing middle class means an attractive consumer market to tap. The presence of foreign firms means an opportunity to learn from foreign technology.

The vast size of the market means once technologies are learned, they can be deployed at a world-beating scale. That – combined with a dose of domestic innovation – is how China achieved competitiveness in first textiles and toys, then steel and ships, now high-speed trains and sustainable energy.

What might change the story, and a significant risk for China going forward, is the darkening of the global mood. President Trump might be the most extreme. But other countries in Europe and Asia are now also shifting their view on China. If the door to the rest of the world starts to creak closed, export markets shrink and technology transfer slows, that’s going to be a problem for Beijing.

Be warned, there is no such thing as free shipping

How camping became the next big...

How to succeed in China with...

Free webinar series: How to develop...

How to adapt your business for...

How camping became the next big China...

How to succeed in China with innovation...