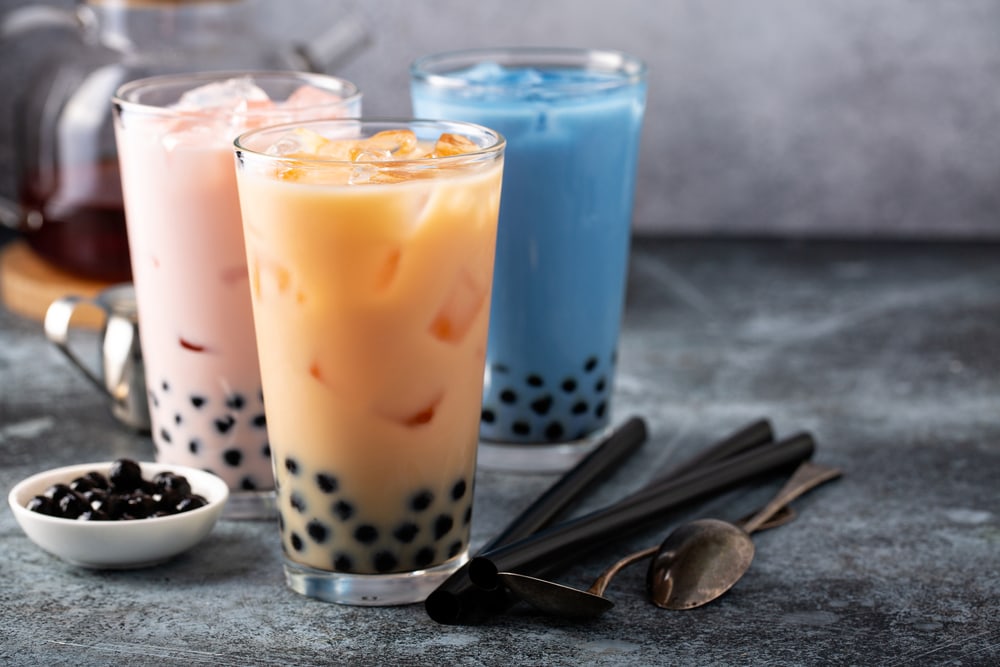 It is getting harder to tickle the taste buds of Chinese consumers due to their rapidly-changing preferences and the lightning-fast pace of social and cultural trends. This market dynamic means that China’s food and drink industry is constantly being shaken up, pushing market players to keep their fingers on the pulse of consumer palates and cater to the preferences of savvy shoppers like never before.

With cooling summer treats coming to the forefront under the blazing sun, Dao Insights takes a closer look at three food and drink categories gathering pace as the country heats up.

Ice cream has always been the best remedy for a hot summer’s day, but it has been undergoing a transformation in China in recent years. China’s ice cream market has grown into the world’s biggest, with a market value surpassing RMB 160 billion (£20.08 billion) in 2021.

This growth has brought about a market reshuffle, and the glory of formerly sought-after foreign players is fading, due in part to scandals such as Unilever’s Magnum being accused of having “double standards” after it was found to be using powdered milk instead of fresh for its products in China. As a result, Chinese consumers are turning their backs on imported brands, and there has been a rise in homegrown ice cream brands, with local players like Chicecream, Zhongjie1946 and Modern becoming the country’s most popular choices. 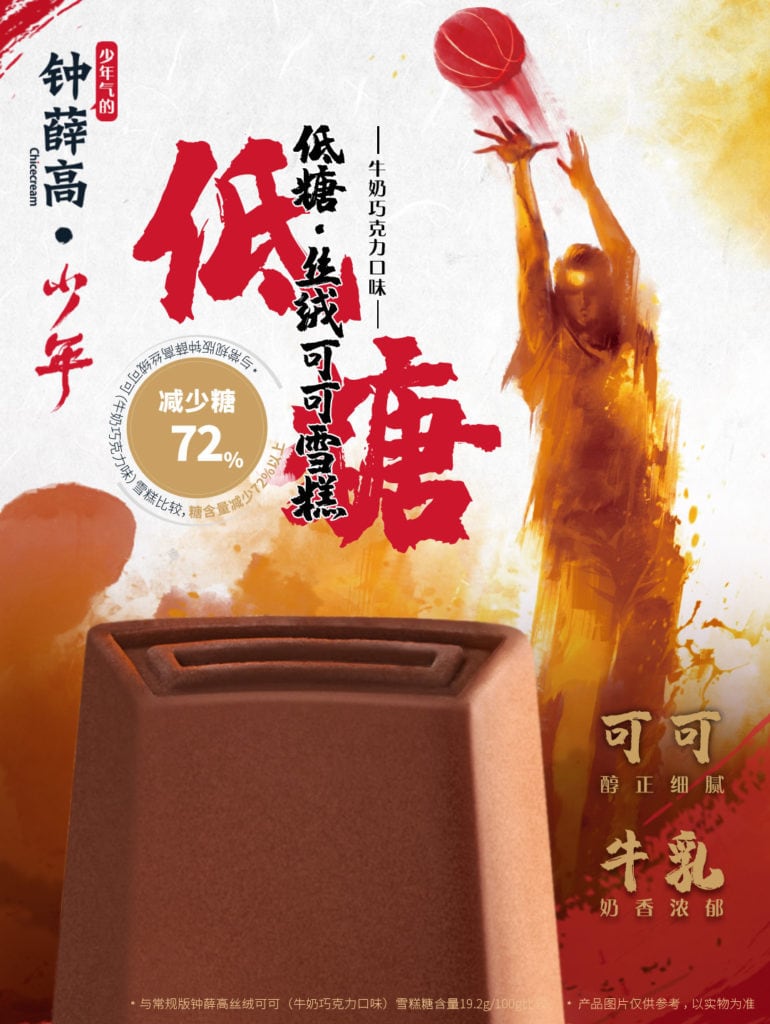 While this new market structure has yet to be solidified, the industry is certainly going through a round of “premiumisation” driven by increasing consumer awareness of ingredients and health benefits, sustainability, and the socio-cultural value of products. This has given rise to more sustainable practices in the industry, such as adopting low carbon manufacturing technology and using more organic, plant-based ingredients, as well as cutting down on “unhealthy” components such as sugar and fat.

There is also an increasing trend of crossover marketing among ice cream brands with the goal of rejuvenating and refashioning their images to cater to the social requirements of China’s young generations. This has given birth to innovative ice cream flavours including bubble tea, coffee and alcohol. Other trends include icy snacks in the shape of places of cultural or historical interest, such as the Temple of Heaven’s iconic circular Hall of Prayer for Good Harvests, which creates a strong connection to Chinese culture that appeals to nationalistic young consumers, as well as plenty of shareable photo opportunities.

Read Also
Are Gen Z Chinese consumers getting tired of the guochao trend?

Energy drinks are emerging as the dark horse in China’s drink industry, spurred on by the country’s growing enthusiasm for fitness. At home fitness in particular took off thanks to Taiwanese singer-turned-live streamer Liu Genghong and his up-tempo workouts that got popular during recent lockdowns.

China’s energy drink market is reported to have reached RMB 51.3 billion (£6.44 billion) in 2021, with strong penetration five years in a row and a compound annual growth rate of over 10% – the fastest in the beverage category. As the temperatures go up, energy drinks are also expanding their foothold in the market, popular among fitness fanatics keen to restore electrolytes in the hot weather.

For a long time, energy drinks, whether intentionally or not, tended to be designed for male consumers, reflected in their flavours and packaging designs. However, the sector is changing as young people, in general, pursue exercise and healthier lifestyles. Female consumers contributed to a three-fold year-on-year increase in sales of energy drinks in 2021 with white collar, professional middle-class and Gen Z crowds forming the backbone, according to a report by Alibaba’s e-commerce arm Tmall Innovation Centre.

Like the evolution of the ice cream industry, the needs of a more health-conscious generation is what is driving the sector forward. Thanks to the perceived “scientific” solutions they provide, these products have also been drawing in non-sporty consumers, with numbers in the new consumer market growing 12-fold on Tmall between 2019 and 2021.

Read Also
Why Chinese millennials are saying bye to baijiu

Chinese consumers have long been fond of milk tea drinks, but these beverages have been evolving beyond a simple combination of tea leaves and dairy in recent years. The “new-style” tea category has expanded to include tea-based drinks made with fresh fruits, edible flowers and textural add-ins like tapioca balls and fruit jelly, enhancing their health and aesthetic value. 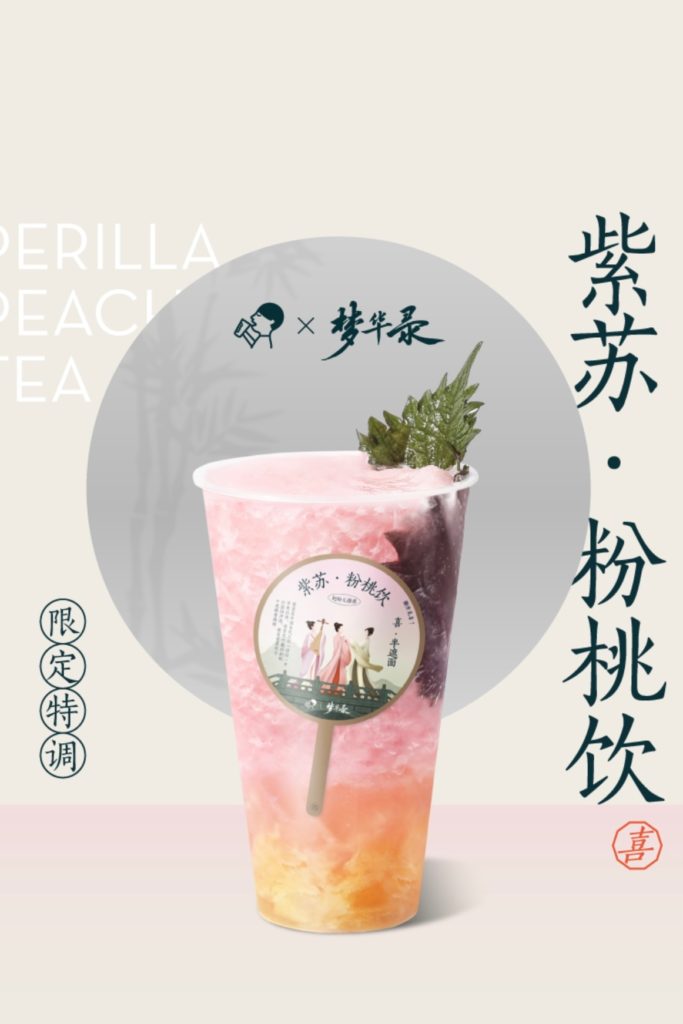 Even American fast-food giant KFC has hopped on the bandwagon with the launch of its first tea-only spin-off brand in Suzhou. Called Grandpa’s Comfy Tea House, and with a logo featuring a cartoon version of Colonel Sanders holding a bubble tea, the brand focuses on healthier drinks made with fresh fruit and rice milk with zero trans fats.

China’s fever for new-style tea has also been fuelled by the recent Chinese historical drama A Dream of Splendour (Meng Hua Lu), which became an immediate nationwide hit, clocking up 1.6 billion views in just two weeks. The ancient Chinese tea drinks seen in the drama soon attracted consumer interest, especially among the young, who are curious to figure out how those “elegantly-made” drinks were produced, particularly one made of perilla leaves and peach. Chinese tea brands like Hey Tea and Nayuki were quick to identify this trend, introducing collaborative new drinks featuring the two most craved flavours, which generated hundreds of millions of views on China’s biggest microblogging site, Weibo.

Call +44 (0)20 7802 2000 or email enquiries@cbbc.org now to find out how CBBC’s market research services can help you build knowledge and understanding of the Chinese food and beverage market prior to investment.

Exporting to China: How to conduct market research

How to navigate business relationships in China

How to succeed in China’s food...

The biggest trends in China’s food...

How to succeed in China’s food and...

The biggest trends in China’s food and...