Home Technology The rise and rise of Tencent
Technology 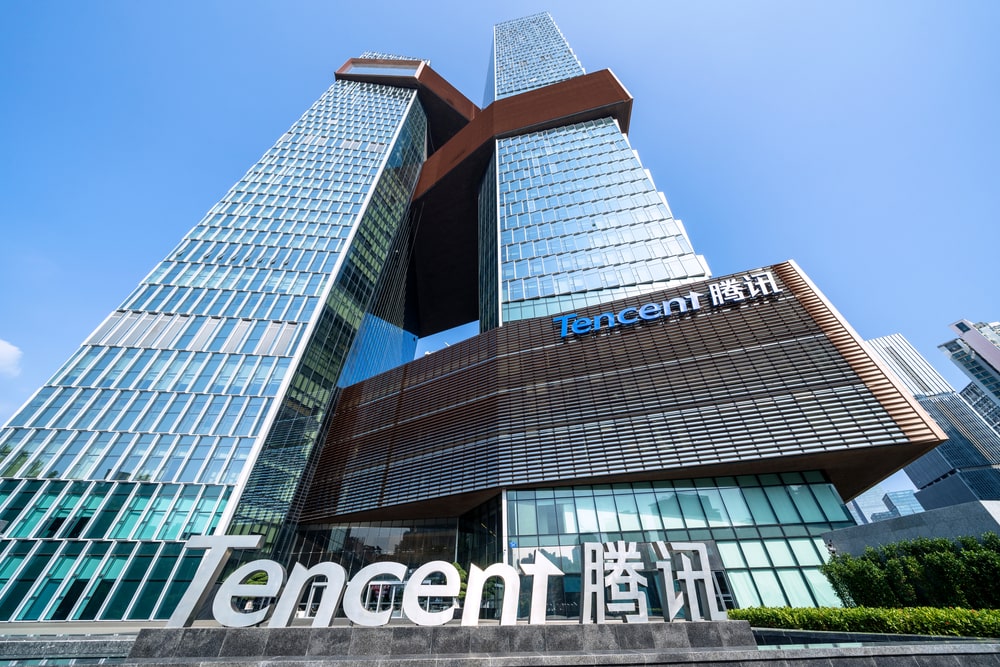 From owning stakes in Fortnite, Snapchat and Tesla, to funding Hollywood movies like Venom, Chinese internet giant Tencent probably plays a bigger role in your daily life than you think. A new book by Lulu Chen examines Tencent’s rise and looks ahead to its future

Despite its massive influence, Tencent remains the biggest Chinese corporation that few have an in depth understanding of, with CEO and founder Pony Ma one of the most mercurial of China’s billionaire entrepreneurs.

WeChat, Fortnite and a myriad of key investments and start-ups all combine to make up Tencent’s world. You simply do not exist in China without some interaction with the company. Now, Bloomberg Asia correspondent Lulu Chen, who has covered China’s tech sector for over a decade, unravels the history and strategies of Tencent in Influence Empire: The Story of Tencent and China’s Tech Ambition (Hodder & Stoughton), examines the company’s battles with Didi, Meituan and Alibaba, and its decision-making at critical junctures and asks just what it takes to be a successful tech entrepreneur in China.

Paul French met up (naturally over Tencent’s WeChat) with Lulu Chen to discuss the book.

Can you give us a quick potted history of how Tencent came to be such a giant corporation with so many strings to its bow?

Tencent hit gold with social media in the desktop era. It became ingrained in peoples’ lives with WeChat in the mobile age. Its founder Pony Ma was prescient enough to diversify the company’s revenue stream early on, and that gave birth to its gaming business, which generated the bulk of the company’s revenue and funded many new initiatives. The company’s strategy to open up its ecosystem and invest in startups – instead of competing with everyone – helped it take stakes in businesses that became important in the mobile internet age, including ride-hailing service Didi and food delivery platform Meituan.

The company’s deep pockets and vast network of users also made it a powerful global investor. It enabled Tencent to take on a stake in Spotify, Tesla and Snapchat, and also invest in the biggest gaming companies in the world, including the maker of Fortnite.

Read Also
Can British movies compete with Hollywood in China?

Could you explain some of the ways Tencent and its myriad subsidiaries and brands are omnipresent in our lives here in the UK?

Tencent’s influence can be felt via the investments it has made in the makers of the world’s biggest games: the companies behind Fornite, Clash of Clans, PUBG and League of Legends. It’s a backer of Hollywood blockbusters including Wonder Woman, Venom and Men in Black: International.

The company has also invested in UK companies. It bought Sheffield-based Sumo Group at a valuation of more than £900 million last year, which is best known for titles including a racing game based on Sega’s Sonic the Hedgehog franchise and Sackboy: A Big Adventure. Tencent has also invested in London-based fintech startup Previse. Even with a regulatory crackdown at home, Tencent was the world’s second most acquisitive gaming company in 2021.

Can you give a sense of how important WeChat (known in China as ‘Weixin’) is to daily life and business in China now, and where it might go strategically in the future?

Weixin, the Chinese version of WeChat, is embedded in all facets of life in China. Originally a chatting app, the tool has grown to become a portal for services including news, social media, ride-hailing, hotel booking, e-commerce, dining, utilities payments and mutual fund sales.

An easy way to think about the app is that it merges the functions of WhatsApp, Deliveroo, Uber, Paypal, TikTok, Amazon, Yahoo News and Spotify all into one. One creation that has enabled this is a service known as Mini-Programs, which allows users to access services from other entities without having to download their apps. The function essentially makes Weixin (WeChat) a platform portal linking people with thousands of services.

Given how conversations and data on WeChat can be monitored and accessed by the Chinese government when demanded, WeChat faces limited appeal to global users who are concerned about privacy protection. Its popularity mostly remains within the Chinese diaspora outside the country.

I think whatever changes WeChat’s founder Allen Zhang makes, they will remain incremental if smartphones remain the dominant tool for communication. The larger strategy for WeChat was set in stone many years ago: it is a connector for people, information, content and real-world services.

Read Also
How to use WeChat for e-commerce

How easily does Tencent balance its position within China as part of a highly regulated, censored surveillance-heavy internet and its international presence in a largely unfettered world interacting with Hollywood and a gazillion Western kids through Fortnite?

It’s a fine line for Tencent, part of the reason why the company and its co-founder and Chairman Pony Ma has always been so low profile. Tencent is a beneficiary of the model that’s intertwined Western capital – funding from the world’s biggest asset owners such as pensions and endowment funds – with the world’s biggest online market. For years, its strategy of acquiring overseas content met little resistance, and to an extent was seen as a good thing at home in China, because it helped boost the country’s soft power.

However, in recent years the Chinese government has implemented strict laws regarding data collection and transfer restrictions. In the US, CFIUS and reverse CFIUS laws are making cross-border transactions more challenging. Both developments are making life tough for companies that have to deal with regulators on both continents. As China and the US decouple, companies that straddle both worlds will continue to find it more difficult to navigate the path forward. The mentality of “you are either with us or against us” is growing in both countries.

It’s hard (but fun!) to try and work out which tech company has the most ‘reach’ globally – Amazon, Meta or Alibaba? But I guess you’d argue it’sf Tencent?

Influence comes in many forms. Tencent is the biggest gaming company in the world. To understand how big gaming has become, the industry is estimated to have generated revenue of US$176 billion in 2021, almost five times the box office of the movie industry. An estimated 2.9 billion people play games on some form of digital device, researcher Newzoo estimates. That’s nearly one in three people on the planet.

Its influence also comes from its investment prowess, even though Tencent takes a relatively hands-off approach in dealing with its investees. Backing some 800 companies globally gives the company’s executives a front-row seat to some of the world’s best ideas, the privilege to interact with the brightest minds, and the chance to unearth the most cutting-edge tech still in incubation.

Thinking of how strict and invasive the Chinese government’s control of domestic tech companies is, the worsening relations between the US, EU, UK etc and China, the growth of the “splinternet”, and greater scrutiny of Chinese corporations overseas by foreign regulators, where do you see Tencent’s fortunes heading in, say, the next 5-10 years?

It’s sad to say, but for Chinese internet companies, it’s possible that the best days are behind us. With President Xi Jinping ushering in the era of “common prosperity”, a slogan that embodies his drive to narrow the wealth gap in the country, companies that generate high-profit margins become easy targets for regulatory crackdowns. To survive as an entrepreneur in China going forward, one must navigate a world where ideological campaigns become increasingly important.

Tencent’s aspiration was once to become an infrastructure-like company, to become the equivalent of water and electricity for the internet. Fast-forward to 2021, and its founder Pony Ma made a U-turn, telling staff at an internal year-end gathering that Tencent is just a dime a dozen, a beneficiary of the vast progress the country’s made.

Tencent will continue to benefit from its role as a large internet platform in China, remaining obedient to the government. It still has a dominant presence in gaming and social media in the country, but its roaring years of expansion are also not coming back, by design and the nation’s own slowdown in growth.