Preserving our ocean integrity will provide economic boosts to all
Share

The ocean is our greatest source of untapped wealth but failure to develop marine industries sustainably will harm life for all, writes Charlotte Middlehurst

Billions of people around the world depend on the seas for nutrition and jobs and the ocean’s potential to generate wealth is vast. According to the Organisation for Economic Cooperation and Development, a group dedicated to advancing world trade, the ocean contributes £1.15 trillion to the global economy each year. Of this, fishing alone produces an estimated £274 billion a year (that’s around 171 millions tons of fish), according to the Food and Agricultural Organisation of the United Nations.

In coming years, the European Commission has identified that the ocean economy will grow faster than the general economy, doubling in size by 2030 when compared to today’s levels. By 2030, it could be worth as much as £2.25 trillion (value added) – or 2.5 percent of the world’s GDP.

All this wealth is being driven by advanced technology and market conditions that support a free trade in commodities. Fishing and farming company operations are scaling up with state-of-the-art industrial trawlers and sophisticated nets that extend miles into the ocean. Climate change is causing Arctic ice to melt, opening new sea lanes from East to West for shipping companies and  tour operators to exploit. Meanwhile deep-sea robots are also forging new frontiers for bio-prospectors and mining companies.

At the same time, the ocean faces unprecedented risks. Around eight million tonnes of plastic waste enters the sea each year, killing sea creatures and birds and entering our food chain. Ninety percent of the world’s fisheries are now either fully fished or overfished according to the UN’s food body, and climate change is disrupting sea currents, killing off coral reefs and causing sea levels to rise.

The challenge of managing the environment, tourism and industry around the coast demands new approaches in policy, technology and measurement

Professor Richard Williams is an expert on the ocean economy and Principal of Heriot-Watt University in Scotland. He says growth will be concentrated in maritime and coastal tourism (by value and employment), offshore wind energy (by value), and aquaculture (by share of human consumption of fish and rising). Additionally, Williams identifies emerging areas with potential for significant future growth as wave and tidal energy, seabed mining, offshore aquaculture and biotechnologies.

Sustainability at the centre

The ‘Blue Economy’ is emerging as an international concept that encourages better stewardship of the ocean and of ‘blue resources’. It underpins the thinking behind the UK-led Commonwealth Blue Charter that highlights the connection between the ocean, climate change and the health of life on land. It also supports the United Nation’s Sustainable Development Goals (SDGs), especially SDG14, ‘life below water,’ and China’s governing principle of ‘ecological civilisation’ (economic growth in harmony with nature, rather than at odds with it).

At its heart is the notion that ambitious international cooperation is needed to sustainably manage and preserve the ocean for the sake of present and future generations. There are clear opportunities for China and the UK to lead on the development of a sustainable Blue Economy, and these are vital if we are to guarantee responsible management of marine resources.

“With its significant coastline and marine territories the Blue Economy will be of prime importance to China. The challenge of managing the environment, tourism and industry around the coast demands new approaches in policy, technology and measurement. [For the UK] the connections with China will draw on our skills in marine robotics, sensors, and environmental technologies,” says Professor Williams. 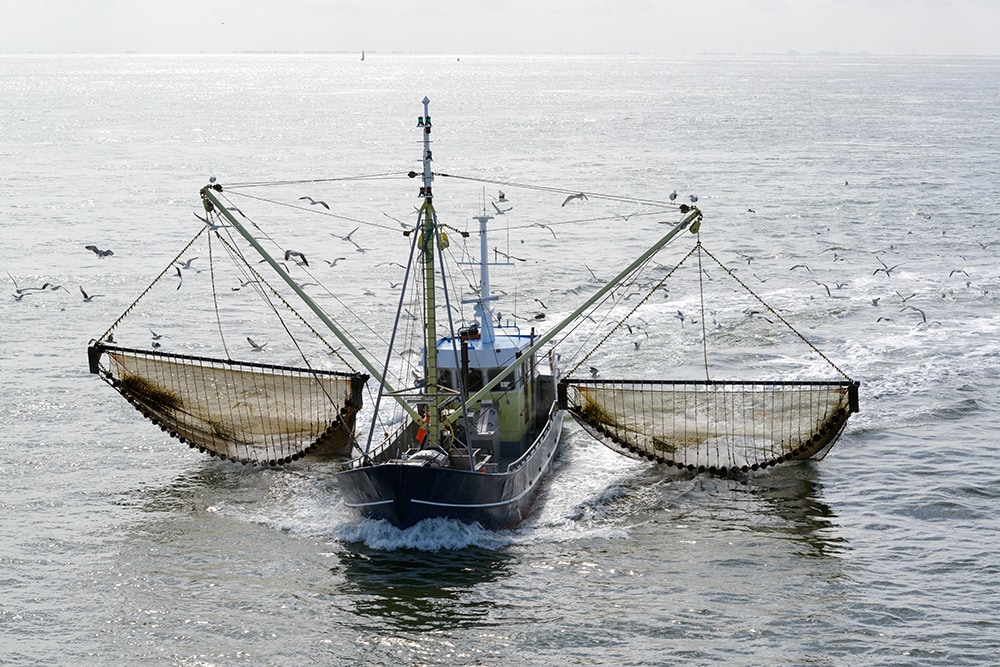 The ocean contributes £1.15 trillion to the global economy each year

China has signalled its intention to lead the Blue Economy over the next century. Its Belt and Road Initiative – a trade and infrastructure project spanning 70 countries — has its very own maritime arm. The Maritime Silk Road encompasses ports in Djibouti, polar shipping lanes, and Latin American fishing hubs to name but a few.

In line with this, 2018 has so far seen a slew of ocean policy reforms and pledges of cooperation between China, the UK and the broader international community.

This spring, Prime Minister Theresa May presented President Xi Jinping with a Blue Planet box set and a specially recorded message from Sir David Attenborough when the two met in Beijing. A gift intended to signal both countries’ determination to stop the scourge of ocean plastics.

In April, China restructured its government ministries with huge implications for the management of marine environments. Its key body, the State Oceanic Administration, was dissolved and its roles reallocated in an effort to streamline and reform government oversight. In May, the world’s first Ocean Risk Summit was held in Bermuda, attended by Richard Branson and Prince Albert of Monaco, to discuss how to mitigate ocean risks and channel blue capital. In July, China and the European Union signed, for the first time, an Ocean Partnership that aims to enhance ocean protection and support thriving business and research exchanges.

The seas undoubtedly represent a new frontier for UK-China collaboration. And investing in blue industries could ensure a leadership position for both countries. But failure to adopt a sustainable development mode could result in disaster for all.

Scotland is an example of a country that has pioneered sustainability in its fishing sector over the past two decades, with powerful results. Around half of the fish landed at the country’s biggest market in Peterhead is Marine Stewardship Council accredited; stocks of key fish are rising, and the pressure on those stocks from fishing vessels is declining, according to the Scottish Fishermen’s Federation.

“Those are trends that we are keen to see continuing, not because we want to be seen to be ticking the right boxes, but because it is good for business and fish stocks,” says Bertie Armstrong, Chief Executive of the Federation.

At present the greatest risks would come from a failure on the part of the UK government to secure a creditable deal in the Brexit negotiations on behalf of UK fishermen, he says: “Brexit, and the new fisheries regime that will follow, will present new opportunities for Scottish-Chinese trade links.”

So does the current moment of global trade rebalancing (US-China trade wars, Brexit) offer an opportunity to re-examine the blue growth mode and avoid some of the mistakes made on land?

Torsten Thiele, founder of the Global Ocean Trust and a specialist in blue finance believes so.

“A sustainable Blue Economy (where ocean resources are used equitably to build economic growth) depends on resilient and sustainable business models,” says Thiele. “Science suggests we need to strictly protect at least one-third of the global ocean. The solution is to develop blue economic capital assets, and these need investment. China’s role in this new global processes is critical.”

We should remember that these assets are worth more alive than they are dead.

There are two types of accounting in China: Tax or Fapiao Accounting – but one is better than the other

Sivona Lu on why sustainable fashion...

5 ways UK and China businesses can...