The biggest trends in China’s food and drink market 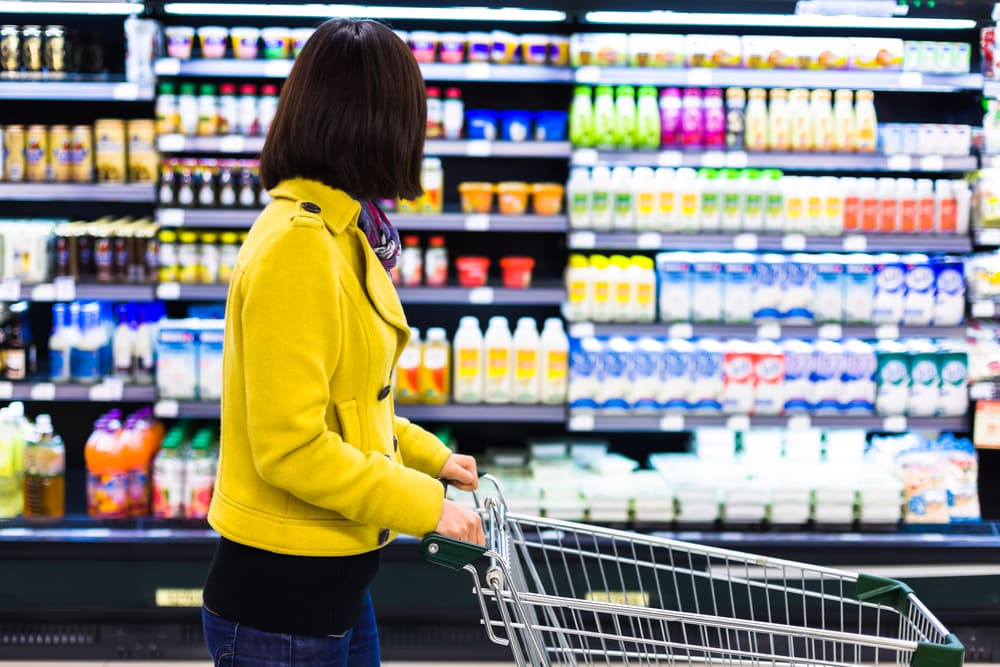 From plant-based Beyond Meat to Hey Tea and Gong Cha’s trendy bubble teas, Chinese consumers continue to look for novel and healthy experiences from food and drink products, and UK brands need to do their research before entering the market, writes Sandra Weiss from RedFern Digital

Since the outbreak of Covid-19, there have been several shifts in consumer behaviour and preference in China’s food and drink market. This article looks at some of these trends, providing examples and predictions for the future.

It is important to realise that Chinese customers generally conduct a great degree of research into products prior to purchase. Brands need to ensure that detailed product information is readily available online and in Chinese, such as ingredients and the types of certifications that either the brand or product has received.

Although Chinese consumers have long been on a trajectory towards healthier diets, Covid-19 caused the focus on health to skyrocket. Especially among Chinese youth, healthier food and beverage offerings are becoming a core driver, with many looking for keywords like “low fat” and “low sugar”, and “0 fat”, “0 sugar” or “0 calories” in relation to their drinks. Many consumers are now showing an increased willingness to pay premium prices for products that are considered healthy.

The push for healthy products is not just among snacks and beverages, but also for instant or ready-to-eat meals or meal replacement products. More than ever, Chinese consumers are looking at food and ingredient labels prior to purchase and conducting research on each of the ingredients. 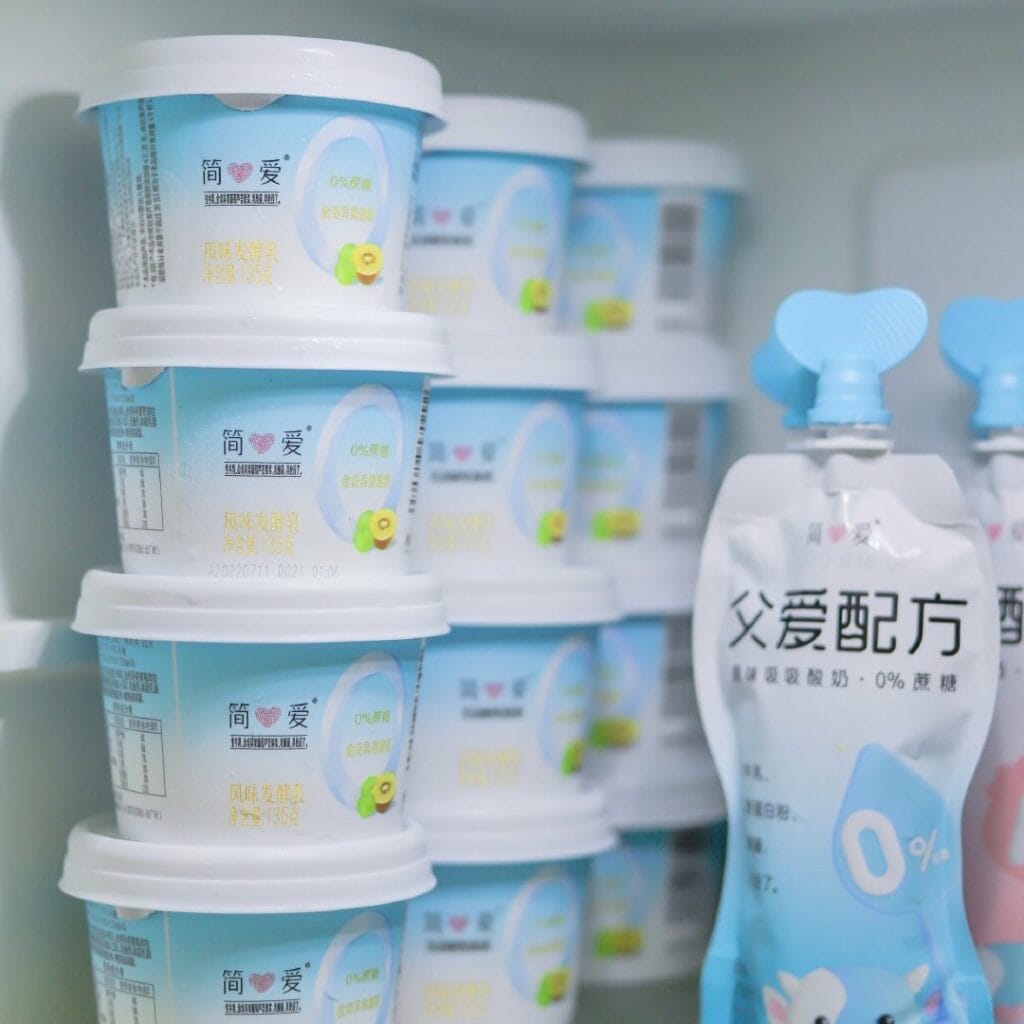 “0% sugar” is clearly displayed on the packaging of yogurt from the brand Simple Love. Source: 简爱酸奶Simplove on Weibo

Over the past several years, China has seen the emergence of the ‘she’ economy. With a higher level of education and income, the more than 400 million Chinese women that are aged between 20-60 years old are increasing their consumption power within the food and beverage market.

Previously, women were often in charge of purchases for the entire family, but now they are becoming more willing to make purchases for themselves. Therefore many brands have begun developing products aimed at perceived female interests, including meal replacement products, zero fat and zero sugar beverages, as well as protein bars and milkshakes among many other offerings.

Plant-based milk alternatives have stepped into the spotlight in China, as more Chinese consumers become familiar with products such as oat milk, almond milk and rice milk. This is in addition to Chinese consumers expanding their view on soy milk, a traditionally popular beverage in China, beyond a simple breakfast item. In fact, the plant-based protein beverages market in China saw an 800% surge in year-on-year growth in 2020. 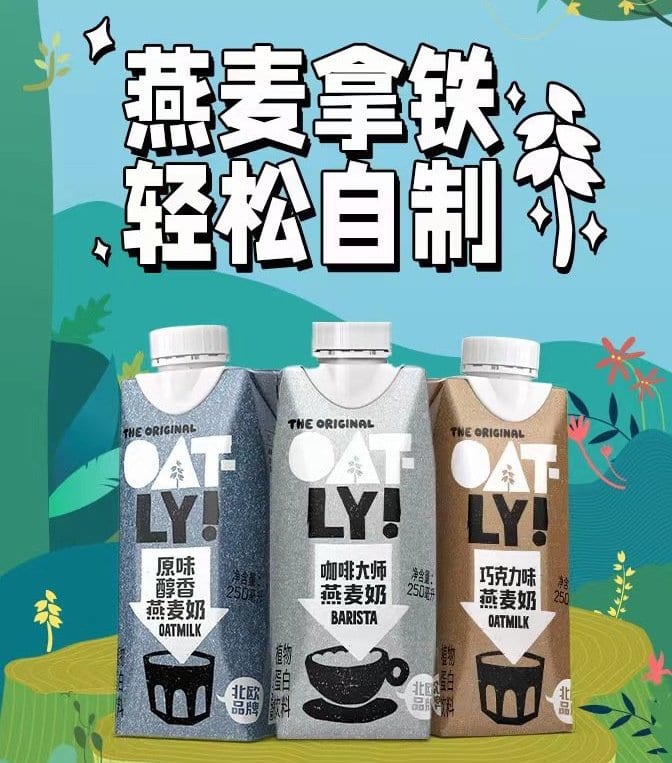 An advert for Oatly oat milk. Source: Oatly on Weibo

As cafes have risen in prominence in China, particularly in tier 1 cities, most locations offer milk alternatives, further popularising plant-based milk options. Part of the reason for this surge may be due to increased market education and exposure to Western drinking habits, in addition to the high percentage of Chinese consumers who are lactose-intolerant and prefer to avoid traditional milk.

Over the past decade, China has emerged as a heavy consumer of meat, with Chinese consumers eating 28% of the world’s meat supply and half of its pork. However, plant-based meat alternatives are beginning to make an appearance, slowly growing from a niche phenomenon to a more widely accepted lifestyle decision among Chinese consumers.

The outbreak of diseases such as Covid-19 and swine flu, an increased awareness of the environmental impact of consuming meat, and the belief that plant-based alternatives are healthier, are all factors contributing to the growth of this market. 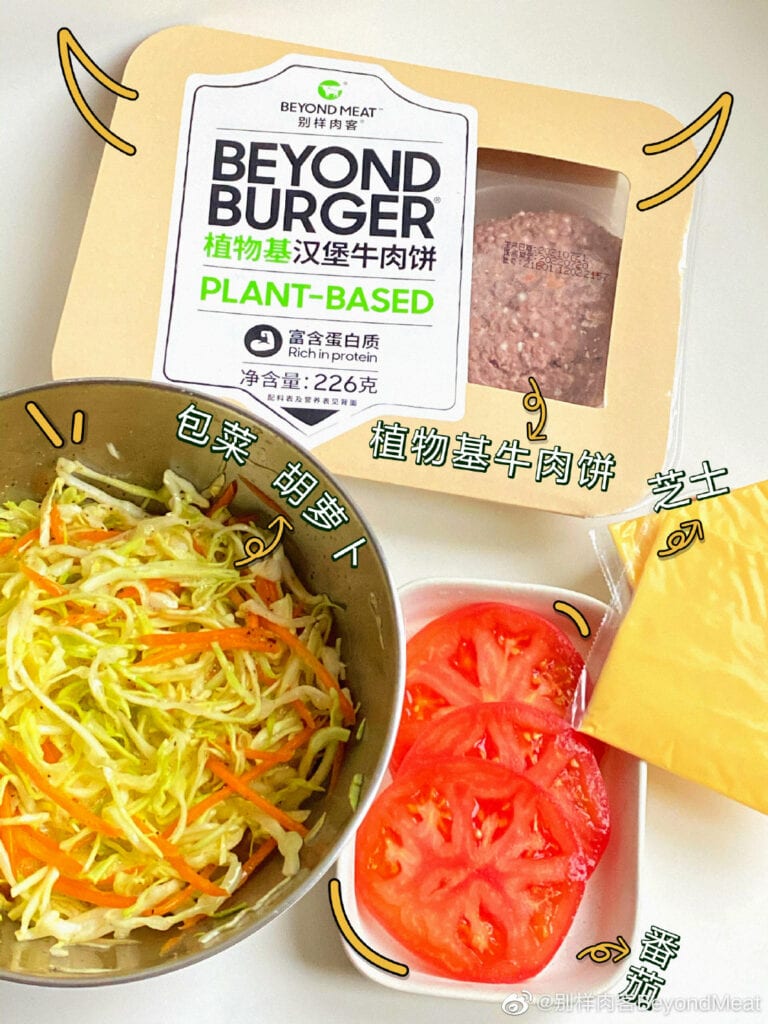 Source: Beyond Meat on Weibo

In 2021, the plant-based meat market in the Asia Pacific region was valued at RMB 1.1 billion, of which China contributed RMB 780 million – more than 70%. When looking at the rest of the world, China already accounts for 53% of the global meat substitute industry compared to the 5.5% contributed by the US.

With that said, although the market in China is large, new brands need to face the challenges that come with China’s history of eating soy alternatives to meat due to the influence of Buddhism. Therefore, new brands need to continue to conduct market education to differentiate themselves, while also understanding under which circumstances plant-based meat alternatives are most likely to be consumed. Some of the top identified consumption scenarios include in hot pot, during Chinese-style barbecue, as snacks, and in prepared foods (ready-to-eat and ready-to-cook offerings).

The coffee and tea obsession

Tea has always been a staple among Chinese consumers, but coffee is rapidly becoming more widespread, growing at a rate of 15% annually, compared to the global growth rate of 2.2%.

Coffee drinkers tend to be white collar workers aged between 20 and 40 and living in higher-tiered cities. They are more educated and have higher disposable income. Gen Z and millennial drinkers are interested in novelty experiences, which means they will seek out new cafes and new methods of drinking coffee. Depending on the region in China, consumers can differ in terms of which factors they place more emphasis on, for example new concepts, pricing or quality.

The expansion of the coffee market is not limited to cafes, but also includes at-home drip coffees and ready-to-drink (RTD) canned options. In fact, China’s RTD tea and coffee market is estimated to reach a market size of RMB 182 billion by 2023.

Even as coffee consumption rises, tea consumption has not been left behind. The demand for tea has continued to rise, with new flavours and ways of drinking tea becoming popularised through the expansion of tea and beverage chains like Hey Tea and Gong Cha in China. In 2021, the sales value of domestic tea consumption reached RMB 300 billion.

Chinese consumers are increasingly looking for new experiences and flavours from the food and drink products they buy. As a result, brand loyalty to food brands has dropped, and new product development has become essential to staying ahead of the competition. This is especially true as the food and beverage market in China becomes more and more saturated, with both foreign and domestic brands vying for consumer attention. Prior to market entry, brands need to ensure that they understand the Chinese consumers that they want to engage and know the trends that they can take advantage of to capture attention and interest.

This article first appeared in the sixth edition of RedFern Digital’s magazine, The Red Edition

How to succeed in China’s food...

How to succeed in China’s food and...