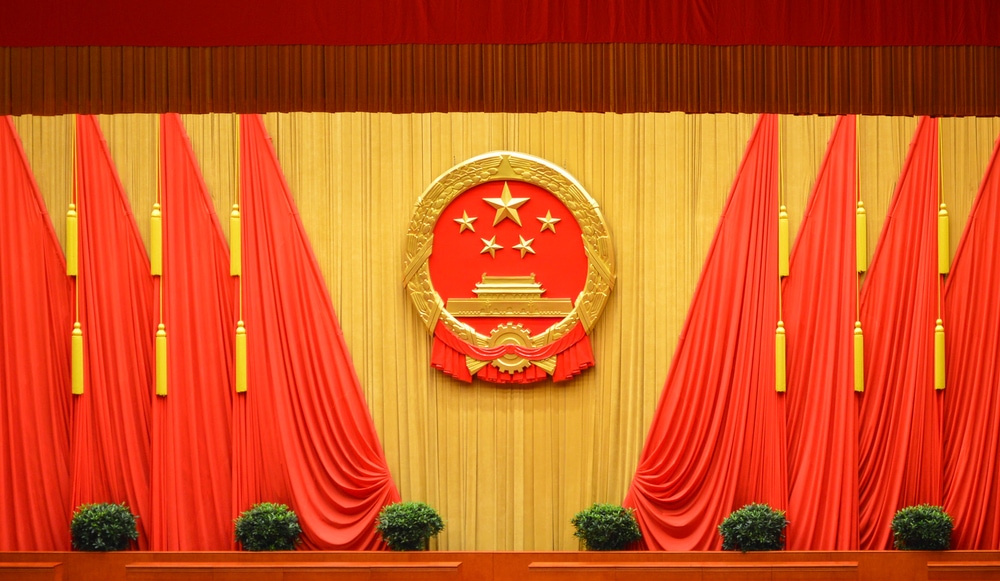 Unusually, those targets do not include a GDP growth rate goal for China this year. Dropping the GDP target was expected in the wake of the COVID-19 pandemic, which has already caused economic activity to slump in China in the first quarter. Nonetheless, it is a significant move for the Chinese government.

The government has also announced a significant fiscal stimulus for 2020, albeit not as large as the stimulus China enacted in the wake of the 2008 global financial crisis. Premier Li also signalled that the stimulus will be different in nature this time around, with far less emphasis on debt-driven infrastructure spending and more in the way of support for businesses and employment.

The work report lists key economic data for 2019, including:

Following the devastating COVID-19 outbreak and the 6.8 percent drop in GDP in the first quarter of 2020, the Chinese government’s key priority is to get the economy back on track while safeguarding social stability, with job creation topping all other concerns.

Li listed the following main economic targets for the year:

5.   Elimination of poverty among all rural residents

7.   Further reduction in energy consumption per unit of GDP and emissions of principal pollutants

8.   The accomplishment of the 13th Five-Year Plan

In a historical first, Li declined to set a specific GDP target for this year. His explanation for not doing so is worth citing in full:

“I would like to point out that we have not set a specific target for economic growth this year. This is because our country will face some factors that are difficult to predict in its development due to the great uncertainty regarding the Covid-19 pandemic and the world economic and trade environment.

“Maintaining security will deliver the stability needed to pursue progress, thus laying a solid foundation for accomplishing our goal of building a moderately prosperous society in all respects.”

Li signalled that some fiscal support for the economy will be forthcoming. This year’s central government deficit will rise to 3.6 percent of GDP, an unusually high level for China and up significantly from 2.8 percent last year.

Beijing will also transfer some RMB 2 trillion (£230 billion) directly to local governments and will establish a special transfer mechanism to allocate the money. On top of that, local governments will be able to issue RMB 3.75 trillion in bonds this year, RMB 1.6 trillion more than last year.

Li said that the extra money for local governments should be used to ensure employment and reduce the financial burden on businesses through tax cuts, fee and rent reductions and other administrative measures.

Li’s key message remains: “Governments at all levels must truly tighten their belts.”

The government will also allow deferred payment of corporate income taxes for small and micro-businesses, as well as for self-employed businesses, to next year. According to Li, this could mean an additional RMB 2.5 trillion (£288 billion) in savings for small businesses this year.

Li also said that the government remains committed to achieving shared growth through consultation and collaboration with China’s BRI partners, and would aim for the healthy development of outbound investment.

Finally, Li said that China will continue to adhere to the goals of the Phase One US-China trade deal, and is willing to collaborate with other partners in the reform of the WTO.

Before this year’s Two Sessions, there were two big questions: First, would China stick to a fixed growth target for this year, and second, would there be a big new stimulus package? The work report has answered both of these.

The answer to the first question is a clear ‘no’ — although that does not mean growth targets are now a thing of the past. China’s long-term economic plans remain unchanged and will be hard to achieve without some measure to evaluate progress.

The answer to the second question is more nuanced. On the one hand, Li did seemingly give in to calls from his Minister of Finance Liu Kun, who had argued for a larger deficit to stabilise the economy. The government’s planned additional spending for this year amounts to over RMB 1 trillion (£115 billion) and, together with the equally raised bond issuance limit for local governments, constitutes a considerable fiscal stimulus.

Yet Li has also made clear that the government does not want to see a repetition of the infrastructure spending spree which followed previous stimulus packages. We should, therefore, expect the central government to keep a close eye on how the money is spent by local governments.

Finally, Li’s comments regarding the opening up of the country’s services sector is definitively a positive sign. Although nominally open, informal restrictions and administrative barriers have made China’s service industry a tough terrain for foreign investors. Addressing the issue by establishing a separate negative list shows that the government is finally willing to make China’s largest growth driver more accessible to foreign businesses.