Home Manufacturing What are the real implications of China’s supply side reform?
Manufacturing

What are the real implications of China’s supply side reform? 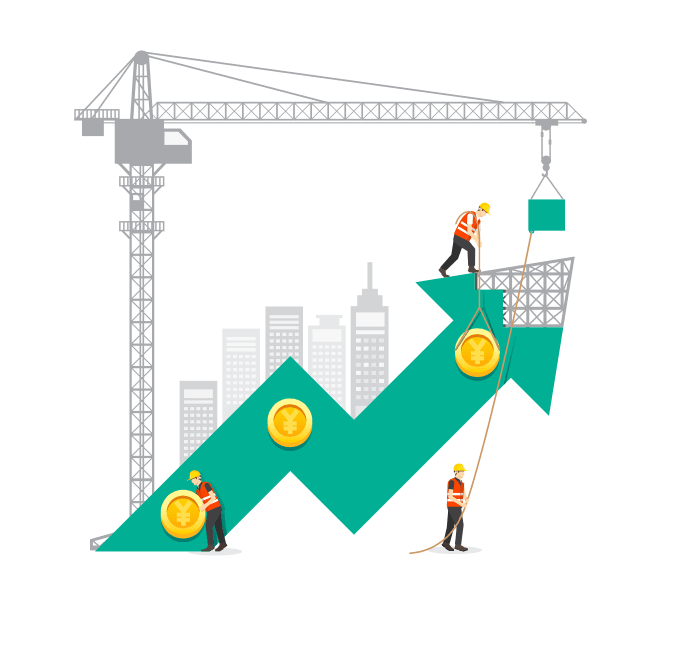 Supply-side reform is Beijing’s way of removing dead weight from state-owned enterprises (SOE), cutting back on corporate debt, and accelerating the economy. Debt is weighing on China’s growth, with much of it generated by SOEs. However Beijing’s stimulus packages are increasingly ineffective. State sector reform could give the economy new life – but Andrew Collier asks if it can succeed.

Where did supply-side reform originate?

Beijing’s new mantra first appeared on 4 January 2015, in a commentary in the People’s Daily entitled ‘Supply Side Structural Reform,’ which was soon republished by the People’s Publishing House. However, it wasn’t until a 10 November meeting of the Finance and Economics Leadership Small Group, which is chaired by President Xi Jinping and makes key decisions on economic policy, that the theory entered the main political discourse. Following this was a full Politburo meeting in December last year. Generally speaking, smaller working groups do not put forth big policies, making this an interesting departure from mainstream policymaking in China. The move most likely signals the continuing ascendancy of one of Xi’s key policy gurus, Liu He, a Harvard-trained economist, who is also vice chairman of the National Development Reform Commission, and most important, general office chief of the small group. Xi himself has repeated a phrase about this new policy on several occasions, saying, “At the same time that we appropriately expand aggregate demand, we must strengthen supply-side structural reforms.”

Recently, the People’s Daily posted excerpts of a speech Xi made in January to senior officials where he tried to define supply-side reform. “I need to be clear, the supply-side structural reform we are talking about is not the same as the supply-side economics school in the West,” Xi said. “[We] must prevent some people from using their interpretations [of supply-side reform] to promote neo-liberalism.” Xi said companies could implement the concept and make structural changes by “cutting capacity, reducing inventory, cutting leverage, lowering costs, and strengthening the weak links.”

Xi wants to make structural changes so that the country’s economy will increase its independence rather than relying on more government stimulus. The old approach of bailing out loss-leading SOEs has led to a debt of more than 250% of GDP.

There are technically five components to supply-side reform:

The first of these regarding capacity is no doubt the most critical, while the others are on Beijing’s wish list but are arguably either unachievable or too vague to be useful.

This policy suggestion is aimed at the smaller, third- to fifth-tier cities suffering overbuild as the result of excess construction to support GDP growth following the country’s 2009 stimulus plan. Local governments rely on land sales for 30-40% of their revenue, which – along with bank and the less-regulated shadow bank financing – has encouraged excess property growth. Starting in the second half of 2015, there has been a modest decline in inventory, but in cities such as Chongqing, there is a multi-year supply of housing that could stretch out for some time. It is doubtful Beijing can accelerate consumption enough to rapidly reduce oversupply in these areas. Chinese securities broker CICC estimates floor space under construction against completions is at an all-time high of 735%. There is a real fear that a collapse in housing prices as the economy slows could devastate local economic growth. Beijing is hoping to let the air out of the bubble slowly.

Local governments rely on land sales for 30-40% of their revenue, which – along with bank and the less-regulated shadow bank financing – has encouraged excess property growth

While this sounds good on paper, this vague phrase offers no clear meaning. Although Xi doesn’t spell it out, we assume he is talking about the inefficiency of the Chinese economy, namely, the misuse of capital by SOEs to produce too many goods unprofitably. This is particularly true of the hundreds of cities in China that are keeping unprofitable local industries afloat. As University of California economist Barry Naughton notes, “Local governments are being pressed hard to (a) fulfil quotas for closing down capacity; (b) stop subsidising money-losing firms; and (c) concentrate on assisting laid-off workers through welfare and job-switching programmes.”

A particular focus of this policy is to close down so-called zombie firms, companies with high debt and no profits. In recent years, more than 60% of China’s largest 500 enterprises were SOEs. More specifically, 310 companies, including all of the country’s 30 largest enterprises, had total assets of £9.36 trillion and profits of £32 billion. That doesn’t include the 100,000 local state firms whose debts are hard to calculate.

Much of the policy is concentrated on two industries where excess stands out: steel and coal. Excessive production leads to deflation, unsustainable rapid growth, and massive misuse of capital. The government has established a restructuring fund that would provide RMB 20 billion per year to close inefficient steel mills. China is hoping to eliminate 150 million metric tons of steel capacity over five years, but that target will be subject to a lot of negotiation between Beijing and provinces. No doubt, politically well-connected provinces with a concentrated workforce capable of strikes will get better deals.

There already has been pushback on capacity cuts. Jilin Province-based Tonghua Steel, a government-owned business, formed a joint venture with a private firm, Jianlong Steel Holding, but withdrew after workers protested. Caixin magazine reported that local workers had been stealing goods and didn’t like the new arrangements that prevented pilfering. Eventually, Tonghua was taken over by Beijing’s Shougang Steel – a powerful state-owned firm – who warned that many jobs would be cut. Clearly, restructuring will be up to the powers handling the job.

However, the changes in steel, coal and other metals could be significant. According to CICC’s calculations, the five industries targeted had 2014 revenue of RMB 11.9 trillion or 10.9 percent of China’s total industrial revenue of RMB 109.5 trillion. They account for 3.9% of GDP. Closing inefficient steel mills would help to reduce bad debt at the banks and allow for money to be invested in new, more efficient smaller firms.

Will this affect employment?

The impact on employment may be modest. These five industries – which include coal, iron and steel, cement and aluminium – account for just 2.8% of urban employment. The bigger issue is their debt level. The five industries have RMB 8.98 trillion of debt or a whopping 17.1% of total industrial liabilities of RMB 52.6 trillion. Steel and iron alone have a debt of up to RMB 8 trillion. Cutting capacity will slow the bleeding of capital to industries that aren’t generating growth or even profits. Beijing is hoping to force people off the state payroll.

Foreign businesses in China should watch these reforms carefully. If Xi is able to close inefficient state firms, foreign firms will find themselves on a level playing field. However, if he continues to protect state-owned firms, then international businesses may find themselves up against rising protectionism as Beijing puts its muscle behind its own players.

The impact of the supply-side reform movement on China’s economy may be relatively modest. However, it does signal that Beijing is pushing back at state sector inefficiencies. Mao Zedong had a saying, “A single spark can start a prairie fire.” In this case, the spark from Beijing is designed to light China’s enthusiasm for economic reform.

Andrew Collier founded the independent firm Orient Capital Research, focusing on the Chinese economy and due diligence on Chinese companies. He has degrees from Yale University and Peking University, and is the former President of the Bank of International USA.

Are China’s intellectual property issues getting better or worse?

There is a lot more to hosting the G20 Summit than meets the eye. For China there was many layers of influence to exert