Sunamp’s compact heat batteries store energy as heat for hot water and affordable domestic heating. Their expansion into China has seen them partner with a number of local companies and the future for this Scottish company looks very bright.

Heat accounts for 50 percent of global final energy consumption, and in some countries as much as 81 percent of household energy is used for heating and hot water. Realising this, technology company Sunamp has developed special heat batteries that can cut both fuel costs and carbon emissions by storing energy as heat and releasing it on demand. The Scottish company’s super-compact heat battery technology has been intelligently designed to provide a clean, efficient, and cost-effective heat energy storage solution. The technology also helps to ensure a positive impact on the environment and Sunamp’s long-term ambition is to significantly impacting the global campaign to stop climate change.

Working with everything from gas boilers to solar panels and heat pumps, Sunamp’s UniQ range of heat batteries delivers hot water and highly responsive space heating with superb efficiency and proven savings of up to 75 percent on utility bills. This technology comes at an accessible price and offers limitless scalability for residential, commercial, and industrial projects. 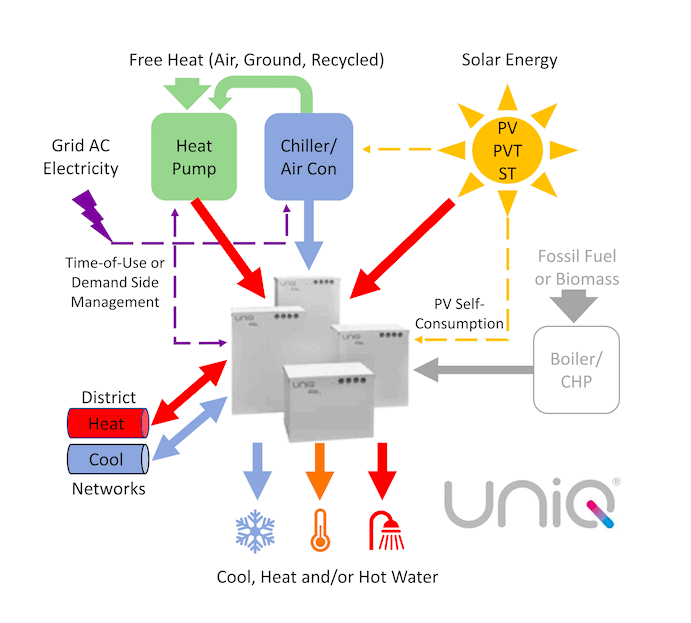 Sunamp supplied 2,028 heat battery cells for 724 installations in residential homes for the EastHeat project. The Renewable Energy Association recorded EastHeat as the biggest energy storage trial in the world at the time and the project continues to receive local, national and international recognition. The benefits of heat storage system combined with solar PV include: 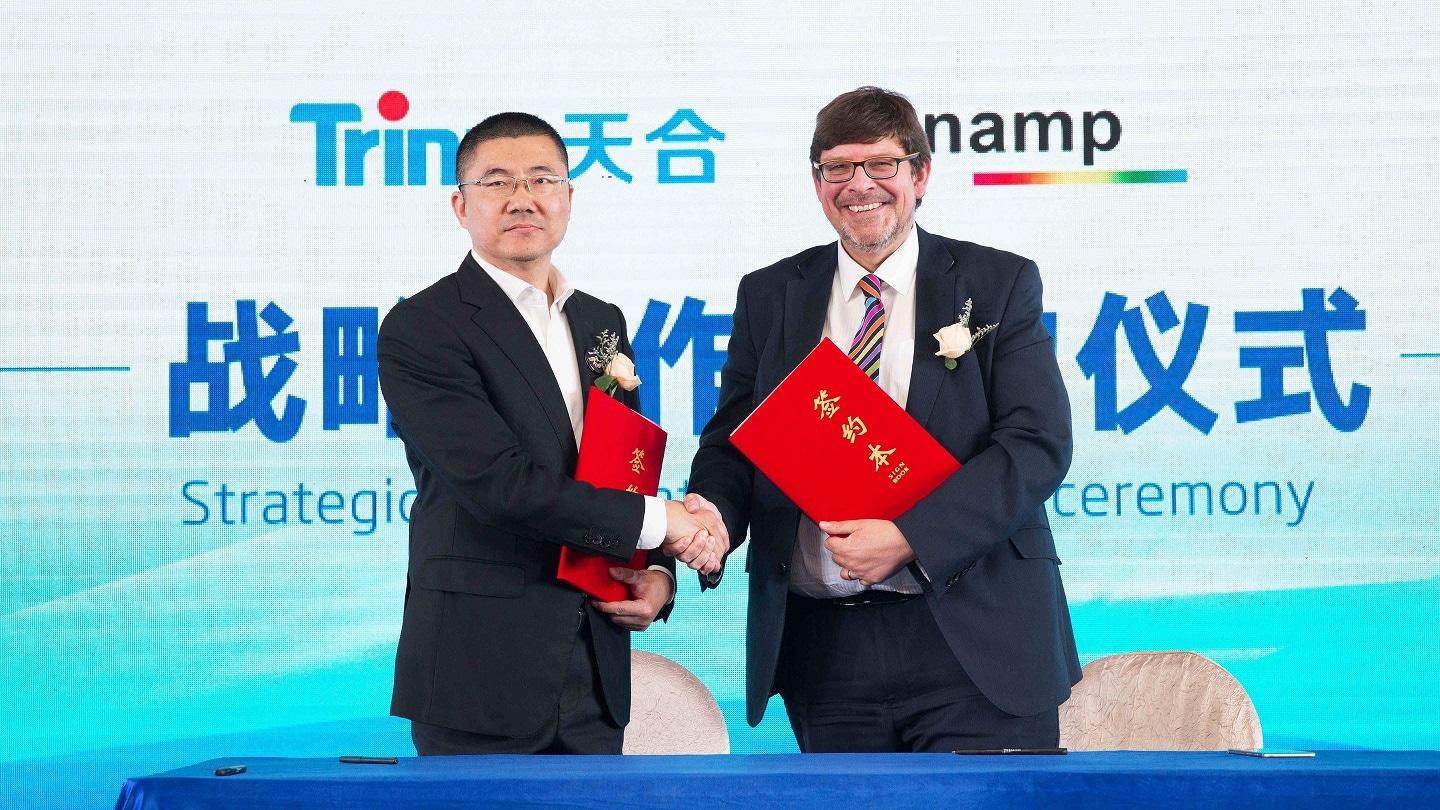 With help and support from CBBC, Sunamp had its debut in China by attending the Shenzhen Innovation Competition in 2016 and received the First Award in the final round.

Since 2018, Sunamp has established itself in the UK and EU markets and started OEM partnerships with companies including Flamco and Fisher Future Heat. It has also signed MOUs with Trina Solar, Gomon New Energy, and BCCY New Energy, with the first contract signing ceremony with Gomon witnessed by trade minister Ivan Mckee in Shanghai.

In September 2019, Sunamp hosted the China-Scotland Heat Pump Industry Summit, with China Energy Conservation Association Heat Pump Professional Committee, the China Heat Pump Industry Alliance and the European Heat Pump Association. This was the first summit that brought together thought leaders on the development of the global heat pump market and the role of thermal storage in decarbonising domestic heat. Delegates from 15 top Chinese companies representing China’s heat pump industry attended including those from Haier, Phnix, Trina Solar and Weyee. The delegates were welcomed by First Minister Nicola Sturgeon and trade minister Ivan McKee at a special reception held at Bute House, the First Minister’s residence in Edinburgh. 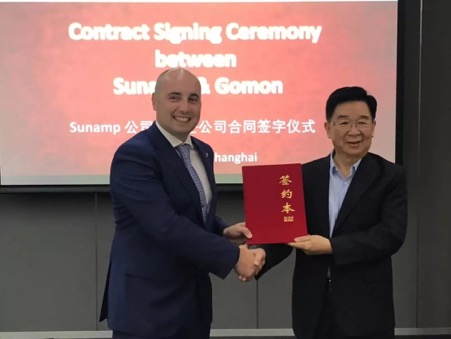 Sunamp’s thermal storage technology has been fully patented, tested in the market, and is in commercial development. As China’s new Draft Energy Law has been released, Sunamp’s technical advantages, which include over 100 worldwide patents and a proven commercial history in the UK and EU, will enable the company to benefit from the new proposed law. Furthermore, Sunamp’s technology eases the transition towards renewable and low-carbon heating, and is an innovative solution for heat storage requirements in all sectors. This aligns well with the new draft energy law’s decarbonisation and energy transition visions. Sunamp’s technology has the added benefit of being able to provide storage in locations where space is at a premium as it is in so many Chinese cities.

Over the last year, Sunamp has established strategic partnership relationships with Trina Solar and Gomon New Energy, and is in technical discussions with Haier. These partnerships will enable access to local manufacturing and supply chains with the possibility to import components, sub-assemblies, and full assemblies at a lower cost than from current suppliers. Sunamp will have speedier access to the local market through collaborators’ market intelligence, sales channels, information about local technical requirements, and compliance with local legislation. Strong local partnerships will also aid efficient expansion into the marketplace, build better relationships with local government, and allow close monitoring and any necessary enforcement of any IP issues.

The new Draft Energy Law addresses China’s energy issues regarding an over-reliance on coal-fuelled power generation and focuses on decarbonisation technology and digital technology to reduce greenhouse gas emissions. This will open new opportunities for Sunamp’s future development in China, as its technology is designed around ensuring a positive impact on the environment by reducing carbon emission associated with generating energy for heat and hot water.

Getting paid during COVID-19. How to respond to claims of financial distress or force majeure