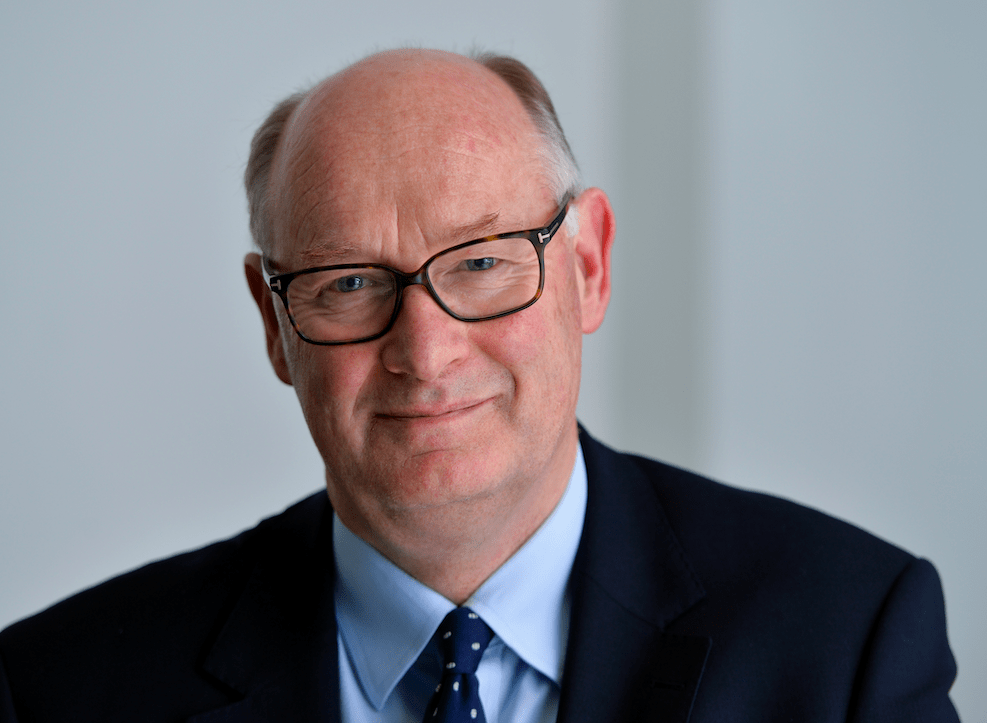 Talk to Sir Douglas Flint for any length of time about China and there’s one word you will hear often: ‘opportunity.’

The Standard Life Aberdeen chairman has spent much of his career working in and around China, both in his current role and as finance director, and then chairman of HSBC, a position he occupied from 2010 to 2017.

Sir Douglas acknowledges the present strains in the relationship between Western countries and China. But he says there have been periods of frostiness in the past; this time around, the mutual benefits that stem from trade and investment flows between the UK and China are clearer to both sides.

“In terms of the ambition of both countries to have a constructive relationship in areas of shared interest, that continues to be the case, he says. “At the more micro level of individual businesses, dialogue continues to take place in terms of opportunity.”

And where might those opportunities lie? Sir Douglas points to his own industry, financial services, as one area.

“China’s banks have…limited networks around the world, whereas the big international banks from the US and Europe have considerable experience in handling cross border trade and investment flows,” he says. “If you choose your segments carefully there are huge opportunities.”

Asset management is an area where the prospects are strong, both as China modernises its domestic industry and as China’s vast household savings are invested overseas

Asset management, the speciality of Sir Douglas’s current firm, is another area where the prospects are strong, both as China modernises its domestic industry, and potentially in the future when more of China’s vast household savings are invested overseas.

“I think there are big opportunities, not to dominate the sector, but to have a meaningful portion of the small piece of the market that will be available: That will still be a large opportunity,” he says.

Beyond his own sector, Sir Douglas puts forward health and technologies related to coping with climate change as areas where British companies have the potential to do well in China.

His optimism extends to the city where Sir Douglas has spent much of his working life – Hong Kong – especially when he talks about the Greater Bay Area, a region with a similar population to that of the UK and the potential, he says, to overtake it in terms of economic size within the next decade.

“It’s the hi-tech, hi-GDP per capita area of China,” Sir Douglas says. “If it were a country on its own it would be one of the most exciting places in the world for businesses to focus on – so I think it’s a huge opportunity.”

Sir Douglas is more cautious when discussing Hong Kong politics. Noting that social stability is important for business, he says “time will tell” whether the Chinese government’s current approach is the right one.

“The value of Hong Kong to both the West and China is, I think, undoubted. And I think it will continue to have a different but strong future,” he says. “It will be differentiated from China, which is its great strength; but it is part of China and is a gateway to China, which is what makes it so valuable.”

When it comes to other political issues that UK businesses can face when operating in China, Sir Douglas’s suggests businesses stick to doing what they do best

When it comes to other political issues that UK businesses can face when operating in China, Sir Douglas’s advice – offered in his calm and measured Scottish tone – is for businesses to stick to doing what they do best.

“It’s not our job either to form policy or to comment on policy,” he says. “I think the most important contribution that business can make is encouraging policy makers to have a clarity of vision and a framework for engagement with a country like China…It’s very difficult to think that you can invest meaningfully if you’re worried that the policy could change with every administration or in terms of every event that happens within the context of the relationship.”

Asked what British businesses should do when it comes to operating in controversial areas of China, Sir Douglas is clear.

“I don’t think it’s for business to hashtag support for things in the vast majority of instances; I think you do it through your actions,” he says, adding that this can be done by, for example, companies ensuring supply chains are in accordance with their values.

The importance of a sophisticated approach to China is key for Sir Douglas when it comes to the broader bilateral relationship. He says the government’s Integrated Review of the UK’s defence and security that’s currently underway is an ideal time to take stock.

“Yes I do think we need a strategy [towards China],” he says. “I think we need to have our own policy that splits the relationship into areas where we absolutely need to work in cooperation, and other areas where we want through engagement to change the way China engages with the rest of the world.”

The UK could find a post-Brexit role as “an honest broker” between the US, the European Union and China

Regarding the possibility of a free trade agreement, Sir Douglas is cautious, suggesting it would be a difficult negotiation for the UK given China’s much greater size. But he adds that the UK could find a post-Brexit role as “an honest broker” between the world’s three great economic powers – the US, the European Union and China.

Plenty of opportunity – that word again – then. Sir Douglas has some final words of advice based on his years of experience in China.

“You learn that there are ways of dealing with China where you can have an impact, but that is done through advocacy and engagement and behind closed doors,” he says. “It’s not done by shouty politics, because that just doesn’t work.”

Andrew Peaple is CBBC's Director of Media and Research. For more information on China's policy and media, he can be reached on Andrew.Peaple@cbbc.org