Simon MacKinnon OBE has lived in Shanghai since 1985 and has worked in many areas high on China’s green and environmental agenda. As Chairman of Xeros China and a director of Huaxin Cement today, he discusses his work in reducing air pollution, cleaning up municipal waste and in reducing water use and water pollution.

What was your first involvement in environmental business in China?

I was Corning’s President of Greater China for a decade from 2000, and during this time we were instrumental in cleaning up China’s automotive emissions. Corning has been at the forefront of glass and ceramic engineering for decades and in the 1970s they developed a ‘honeycomb ceramic substrate’ using a material called cordierite. Because this material could withstand high temperatures and was cheap enough to mass-produce, it became the key element in the catalytic converters that are found today in petrol engines around the world.

The substrate is only the size of a Coke can but, due to its honeycomb design, has a surface area larger than a football pitch. It has a threefold use, changing toxic carbon monoxide into harmless carbon dioxide, poisonous nitrogen oxides into nitrogen and water, and hydrocarbons (from unburnt fuel) into carbon dioxide and water. 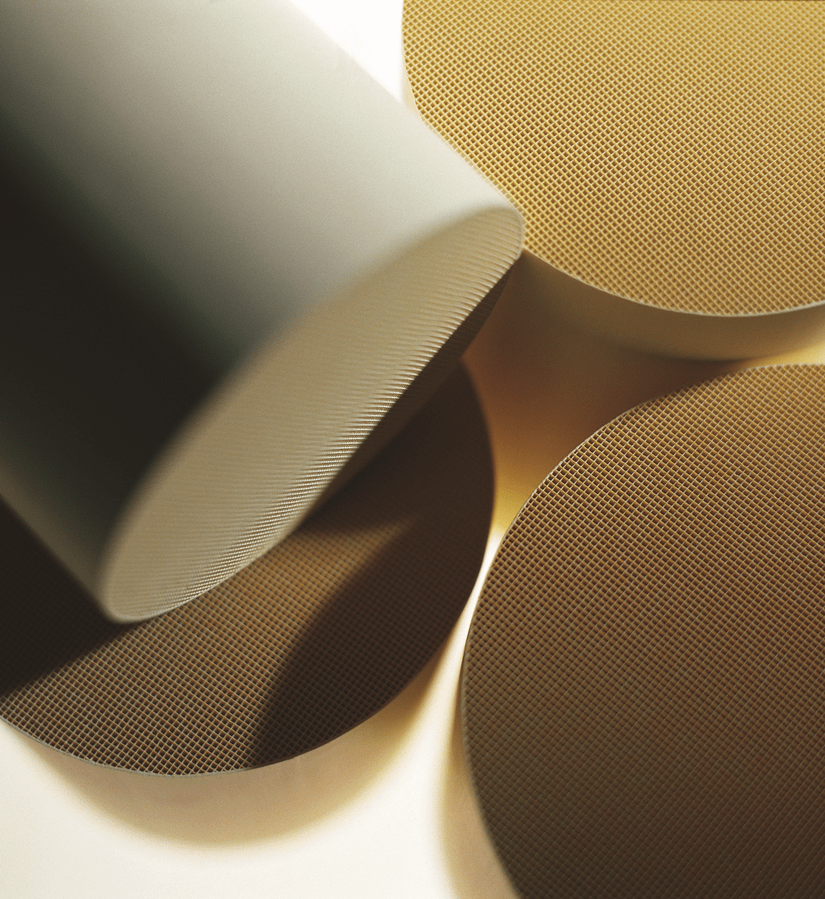 As we were building the first plant in Shanghai to make automotive substrates, China banned the use of lead fuels and required motor vehicles to use electronic fuel-injection engines. We worked at national level to support the work of key Chinese ministries and regulatory bodies to define and develop the standards for car emissions.

Since 2000, China has manufactured an estimated 180 million cars and it’s very likely that Corning’s substrates are in more than half of these. With cars in China emitting more than 200 million tonnes of exhaust pollutants annually, these substrates (and the catalytic converters they make possible) have helped save millions of lives and reduced cases of cancer, lung and other respiratory illnesses.

Corning’s substrates are also used in Selective Catalytic Reduction [SCR]. This is essentially a scaled up and adapted version of the honeycomb ceramic substrates used in cars, but on a bigger scale and using ammonia injection systems. Nitrogen oxides that are a major cause of acid rain, smog and ground-level ozone, are turned into nitrogen and water. This oxidation technique is also used to catch mercury before it goes into the air.

In 2000, there were no SCR systems in China’s coal power stations but it is now estimated that 80 percent use them, making it one of the key technologies used to clean the air in China, reducing emissions of polluting gases and harmful particulates.

And you are also working with solid waste treatment too. Can you tell us more about that? 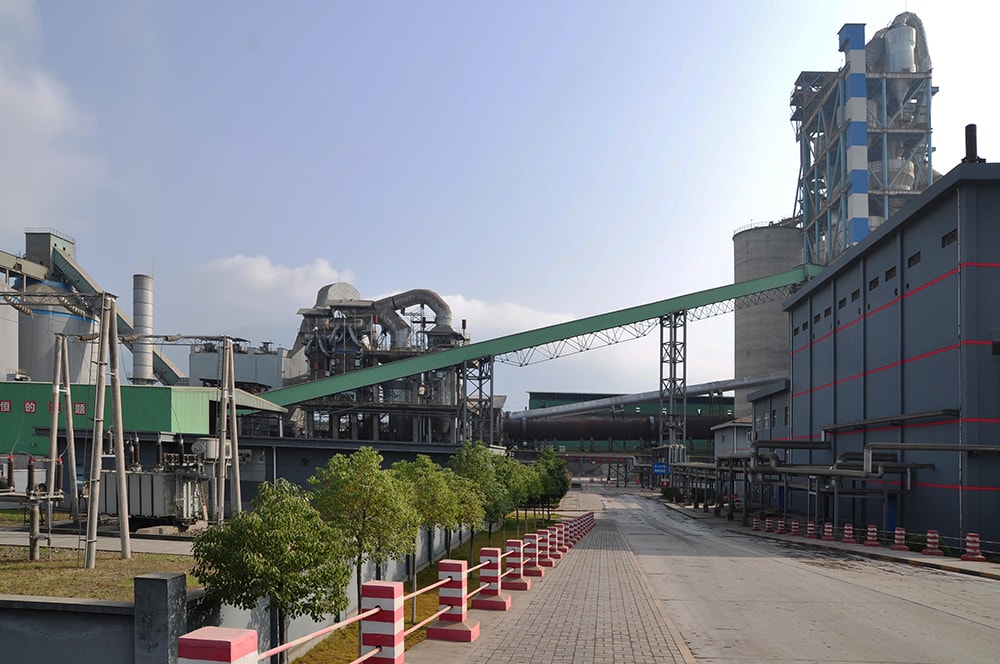 This is with Shanghai-listed Huaxin Cement, a large Chinese cement and environmental business. Huaxin is addressing the challenge China faces in dealing with the growing problem of city waste resulting from rapid urbanisation. We treat municipal and sewage solid waste and then burn it in our cement kilns. We now have 22 environmental plants with a capacity to treat 3.5 million tonnes of waste a year.

As an example of what can be achieved in one city, Wuhan with its population of 11 million people now sends most of its solid waste to Huaxin, enabling the city to close large landfill sites. Working closely with China’s national regulators and standards organisations, Huaxin is going a long way towards safe disposal of waste, whilst also working on soil remediation and cleaning up polluted industrial sites.

As well as cleaning up the air and land you have been instrumental in also cleaning up China’s water supply. 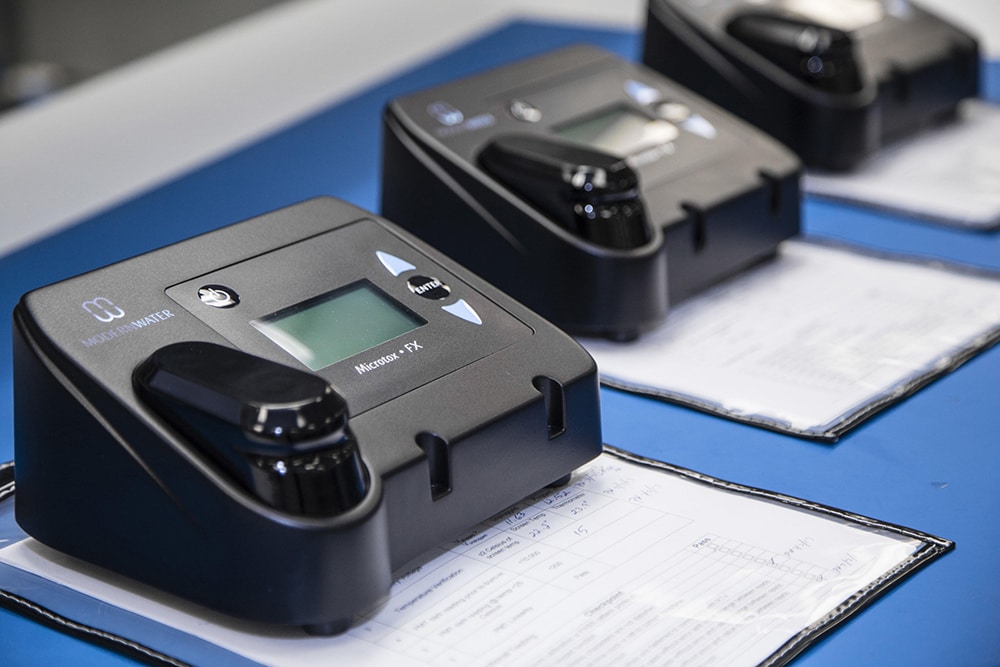 I worked with a London-listed water technology company called Modern Water. We started in China using CBBC’s Launchpad. We began by testing the market with just a desk in Shanghai, then hired a general manager and a team who today run the company.

Modern Water is a leader in water monitoring, forward osmosis and brine concentration solutions. One technology this British company deploys to monitor the quality of water in Chinese water treatment plants uses iridescent – or glow in the dark – bacteria originally found on coral reefs. As water is passed across the bacteria, changes in the light emitted by them indicate the level and type of pollutants in the water. When high levels of pollutants such as heavy metals are detected, Modern Water’s product sends real-time signals to shut a water treatment plant’s inlet pipes to prevent entry of the polluted water from a river or other source.

We were successful because the innovative technology was fast to market, we worked with a strong local distributor and the product addressed specific and priority Chinese needs.

And tell us about your work focused on water conservation. 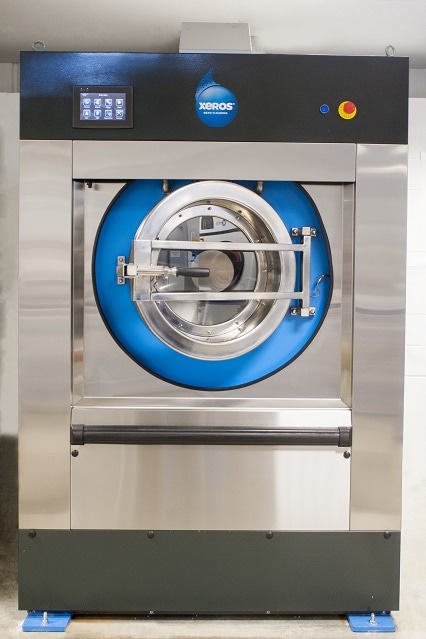 Water shortage and water pollution will be two of China’s biggest challenges over the next twenty years. Cleaning up water in China will be even more difficult than cleaning the air. I am working with London-listed Xeros Technology Group towards this; they are based in Sheffield and use polymer bead technologies to reduce water used in big global industries such as laundry, tanning and garment finishing.

For the first stage, we have created near waterless commercial washing machines that use up to 80 percent less water, 50 percent less detergent and 50 percent less energy compared to a conventional machine, with greatly reduced effluent going down the drain. Not only that, they clean better and clothes last longer. Hundreds of hotels and commercial laundries are already using them in the USA, Mexico, the Caribbean, UK, Dubai, Australia and South Africa so far.

We are working with Jiangsu Sealion to manufacture these Xeros washing machines, delivering both cost reductions and lower carbon footprints for our customers. Xeros is already a UK-China environmental success story in the making.

What is your most important advice for UK companies looking to enter or grow in this sector in China?