Lying across the Shandong Peninsula, Qingdao looks out over the Yellow Sea to Korea and Japan. Situated halfway between Beijing and Shanghai, it is just an hour flight to these main hubs.

Situated on China’s east coast, Qingdao is the largest city in Shandong province. Although it is not the provincial capital (which is neighbouring Jinan) it is administered at the sub-provincial level, and it has jurisdiction over six districts and four county-level cities.

As well as having some of China’s best beaches, Qingdao is also a major coastal port city and economic hub. As well as having a major naval base, the city has the world’s seventh-largest port by container throughput and is the gateway to northern China.

Qingdao is also known for its marine science and research, its Ocean University and its recreation sailing. The city hosted major water sports during the 2008 Olympic Games and has also hosted the Volvo Ocean Race and the Clipper Round The World Race.

In 2015 Qingdao entered the Forbes Top 10 Chinese Cities for Business for the first time, coming in ninth. It was given the title of China’s most liveable city in 2016 and is home to a number of major Chinese brands including white goods company Haier, electronics manufacturer Hisense, rolling stock manufacturer CRRC and Tsingtao Brewery.

Qingdao has been put on the global map as China’s answer to Hollywood after Wanda Group announced it is spending $8.2 billion to create the Oriental Movie Metropolis in Qingdao. It will include the world’s largest film studio, 30 sound stages, a temperature-controlled underwater set and 221 acres of backlot as well as accommodation, restaurants and a school. All of this will be built on a plot of reclaimed land off the coast of the city by the end of the year. A-lister Matt Damon filmed part of Great Wall in the city and films including Godzilla 2 and Pacific Rim 2 are planned to be filmed there soon. 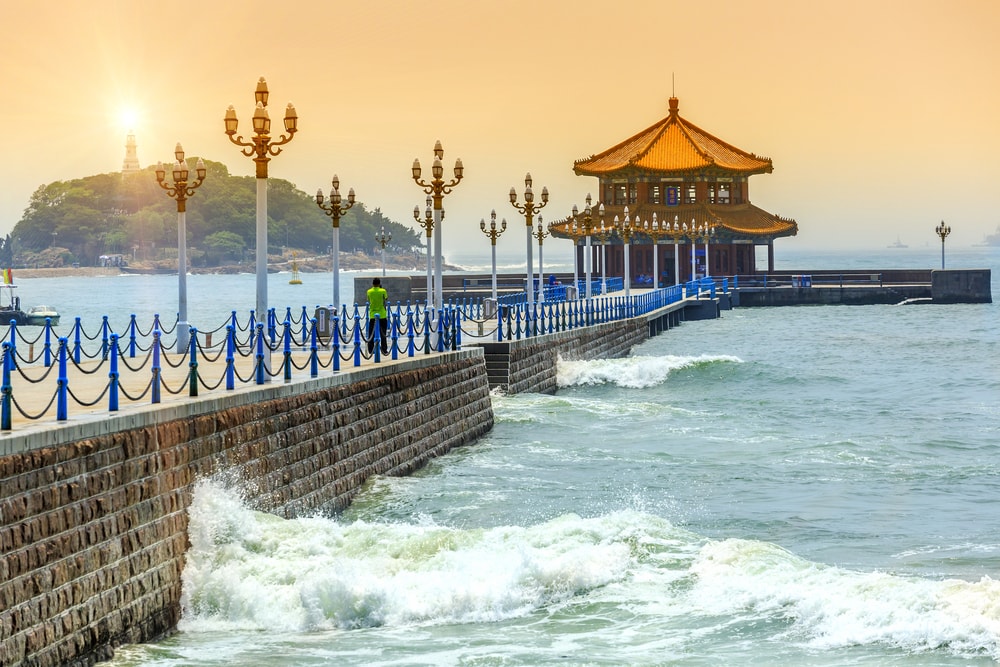 Qingdao is fast becoming the centre of China’s film industry

Qingdao was designated as China’s national-level pilot zone for wealth management reform in 2014. The city has hosted a number of wealth management forums and seminars ever since. British organisation the Chartered Institute for Securities and Investment (CISI) recently launched their examination programmes in Qingdao and the city’s financial sector is seeing strong growth.

Shandong Peninsula’s Blue Economic Zone was initiated as a national strategy in 2011, with an aim to boost ocean related industries. Qingdao has gathered major R&D centres and created an industrial hub for marine science and technology to support growth of Qingdao’s blue economy.

The rise of blockchain

Want to understand the Chinese economy in...