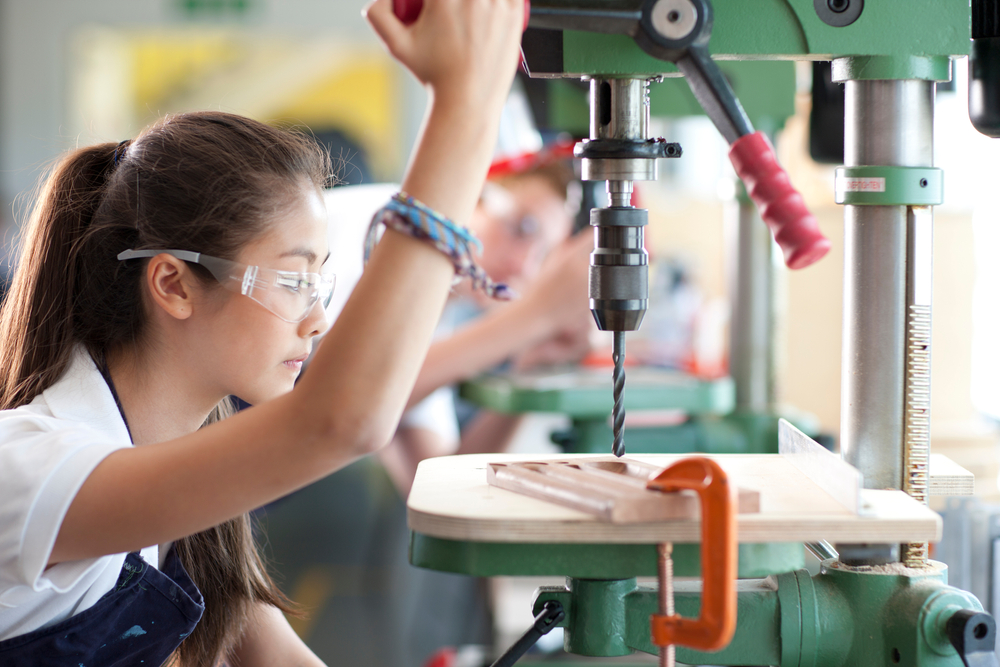 China’s investment in new infrastructure and industrial automation requires skilled technicians, but vocational education has always had a bad rap in the country – until now. After a recent change to the Vocational Education Law, are there now new opportunities for UK businesses, asks Torsten Weller?

Escaping the dreaded ‘middle-income trap’ has long been a major concern for Chinese policymakers. Improving education levels is therefore a key policy goal. But while academic enrolment has surged over the last two decades, a more important measure to increase both productivity and income could lie less in top-ranked universities and more in the country’s vocational schools.

Scholars like Stanford’s Scott Rozelle have long pointed out the importance of education for China’s further economic development, and the country’s persistently high unemployment rate for young workers (aged between 16 and 24 years old) creates further pressure to equip young people with essential skills. Furthermore, China’s dramatic demographic decline requires a well-educated workforce which can master next-generation technologies while caring for a growing number of the elderly.

The Chinese government has therefore sped up its drive to improve the quality of its vocational education system, which has long been plagued by high dropout rates and low public prestige. It also revised the country’s Vocational Education Law, raising both its legal status, and encouraging international cooperation and exchange. With higher academic collaboration under geopolitical fire and online teaching heavily curtailed, vocational training offers a rare opportunity for UK educational institutions to expand their footprint in China and participate in one of the world’s fastest-growing education markets.

The state of vocational education in China

Technical and vocational education (TVE) — which accounts for 41% of total enrolment at upper secondary schools in China — has long suffered from poor quality and political neglect. It wasn’t until the Chinese government’s ambitious Made in China 2025 Strategy (MIC25) in 2014 that Chinese leaders began to pay greater attention to technical education. After all, MIC25 was modelled closely on Germany’s Industrie 4.0 strategy for the country’s ‘Mittelstand,’ which traditionally relies on vocational schools rather than universities.

Concomitantly, China’s Belt and Road Initiative (BRI), launched in 2013, also saw vocational education as a potent field for global cooperation, including with the UK. In 2018, the National Skills Academy for Rail (NSAR) and the UK Skills Federation — aided by DIT — set up a UK Sectors’ Centre for Excellence in collaboration with the Chinese Ministry of Education to promote exchanges between vocational schools in both countries. Several British universities, such as London South Bank University, have also launched exchange programmes with their Chinese counterparts.

Furthermore, the Chinese government has increased efforts to improve the attractiveness of the domestic vocational education sector. A new Vocational Education Law — which came into effect in 2020 — was revised in April 2022. The revision addresses one of the key weaknesses of TVE in China — its poor social acceptance.

Previously, Chinese pupils, upon finishing their junior high school, were separated between general senior high schools and vocational secondary schools, with the latter usually receiving those with poorer grades. The distinction was reinforced further by the legal restrictions banning graduates from vocational high schools from enrolling at universities. This has led to the widespread perception of TVE as a dead-end venture with minimal social upward mobility.

The 2022 revision addresses this by removing the formal distinction between the two secondary school types. Thus, Article 3 of the revised law states that ‘vocational education is a type of education that has the same important status as general education.’

Enrolment and graduation at Chinese TVE schools and institutes (2012-2020)

The law follows the 2021 Guidelines on Promoting the High-Quality Development of Modern Vocational Education, which called for a closer alignment between general and vocational educational institutions. It is also in line with the Vocational Education Quality Improvement Action Plan (2020-2023) and its aim to establish a uniform credit and standards system, which improve both employability and make it easier for students to transfer between different institutions.

The sector certainly needs a boost. Although there was a recent slight recovery to 12.7 million students in 2020, official statistics show that overall enrolment numbers for secondary vocational education has shrunk over the last ten years — in 2012, there were 16.9 million students. More worryingly, graduate figures — both for secondary and tertiary TVE — are far below enrolment figures, pointing to a massive dropout rate. Even Chinese media has acknowledged the problem, noting that between 2017 and 2019, 600,000 students dropped out of secondary TVE schools, a number which actually appears to be a rather conservative estimate.

Read Also
Does your university have a China strategy?

While there is still a long way to go for China’s TVE levels to reach global standards, the sector is likely to see considerable growth in the coming decade. The main reason for this is the surge in investment in ‘new infrastructure’ (e.g. EV charging stations, renewable energies, IoT applications) and industrial automation. Most of these technological upgrades require advanced maintenance skills and a larger workforce of well-trained technicians.

International cooperation in the TVE sector could therefore not only provide UK institutions with an opportunity to promote the advantages of the British educational system, but also offer a chance to be at the forefront of the next technological revolution.

How to create branding that resonates with Chinese consumers