Home ConsumerCulture Grassroots collaborations between China and the US aren’t completely doomed, explains Matt Sheehan, but they may provide an opening for the UK
CultureTechnology

Grassroots collaborations between China and the US aren’t completely doomed, explains Matt Sheehan, but they may provide an opening for the UK 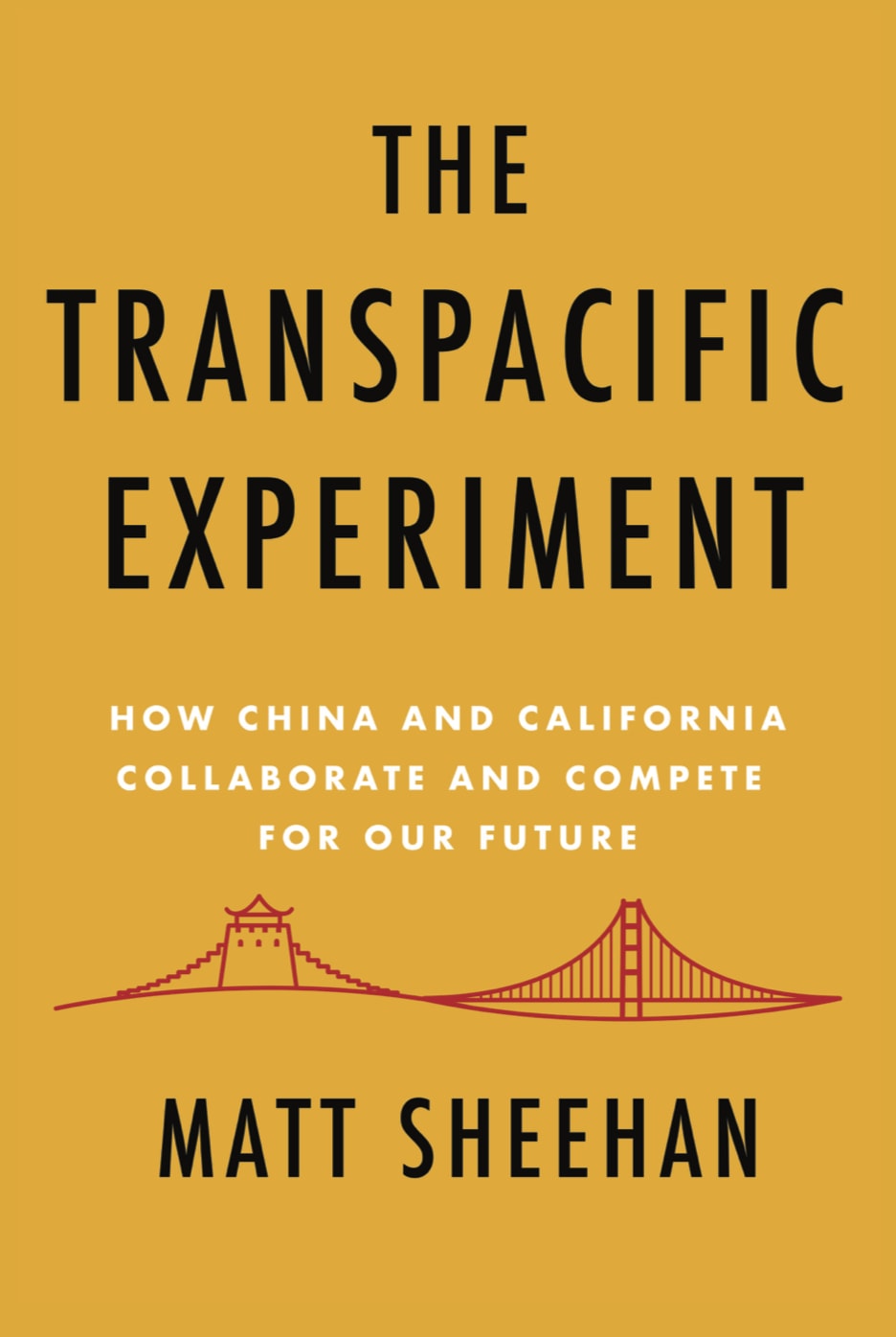 Matt Sheehan spoke to Paul French about his book “The Transpacific Experiment,” which discusses interdependent socioeconomic exchanges in the field of tech.

Matt Sheehan is a Fellow at the Paulson Institute’s in-house think tank. Based in the San Francisco Bay Area, he was formerly the China correspondent for The Huffington Post. His recent book “The Transpacific Experiment: How China and California Collaborate and Compete for Our Future” (Counterpoint, 2019) argued that despite sometimes rocky political relations between the US and China, deep and interdependent socioeconomic exchanges were increasing, particularly in the field of tech. Here he talks more about interdependent exchange as part of the UK and China’s tech relationship, as well as where in the tech sphere the opportunities for the UK might lie in the future.

OK, let’s start with the basics – what is the Transpacific Experiment?

MS: The Transpacific Experiment is the largest ever experiment in grassroots superpower diplomacy, and it happened in California and China over the past 12 years. For decades, US-China relations mostly happened at the highest levels of government (i.e. Nixon & Mao) and multinational corporations (Apple offshoring iPhones to China). But from 2008-2018, the real action in US-China relations shifted toward the grassroots. Record-setting numbers of Chinese students, investors, technologists, and immigrants arrived on US soil, and flagship American industries like Silicon Valley and Hollywood got deeply enmeshed in China.

This really shifted the centre of gravity in the relationship. It pulled it away from DC and Beijing and spread it across college campuses, neighbourhoods and companies around the country. This had a big impact in many parts of the US, but California was really the centre of the action, with the highest number of students, home buyers, investors, and both technological and cultural connections.

I call these interactions an “experiment” because we’d never seen this kind of deep, multi-faceted engagement between two superpower competitors, and we didn’t know how it would play out. Would those face-to-face interactions bring these countries closer together, or drive them apart? From 2008-2016 things looked promising on some fronts, but you also saw real frictions emerging at the grassroots. In the past four years, those local frictions bubbled up to the national level, and they ended up driving a huge wedge between the US and China. 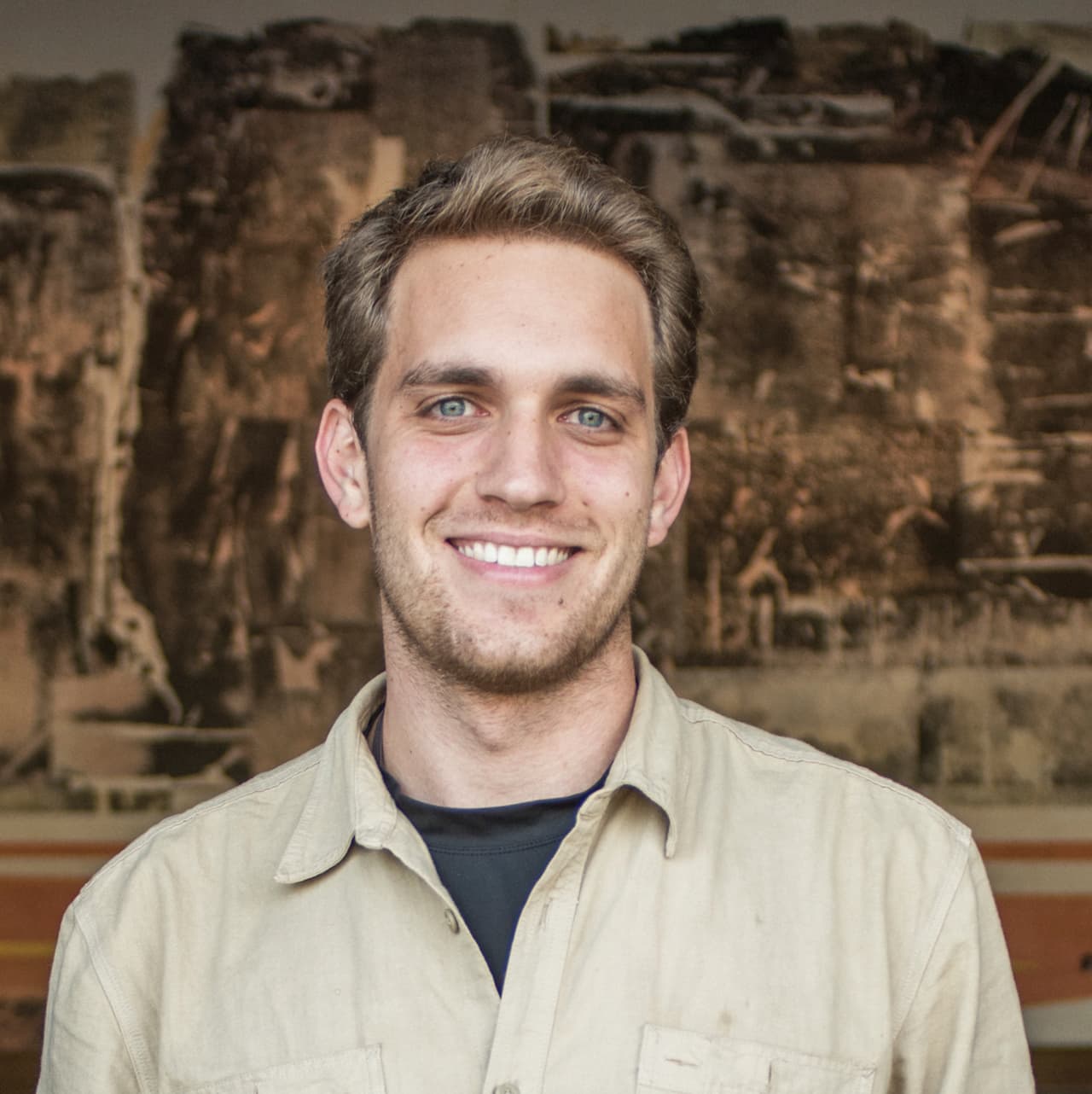 In the tech competition/collaboration between the US and China, where, if anywhere does Europe and the UK sit?

Europe and the UK together are currently the other big players in the global technology ecosystem today, and as US-China relations have deteriorated, it’s put Europe in a really interesting position. There’s clearly been a major evaluation of relations with China, but European countries still haven’t embraced the really bare-knuckle and highly confrontational approach of the US. That gives Europe and the UK a new kind of leverage in dealing with both China and the US on tech issues.

European countries still haven’t embraced the bare-knuckle and highly confrontational approach of the US. That gives Europe and the UK a new kind of leverage in dealing with both China and the US on tech issues.

Right now China is looking around and realising doors are closing on its tech companies in many parts of the world. As much as President Xi is driving a techno-nationalist agenda, I think there’s also a real recognition that China still relies on advanced countries for crucial parts of its tech stack, especially semiconductors and research partnerships. That opens the door for Europe and the UK to use its leverage to try and exact meaningful concessions from China on certain fronts, such as greater access for companies like Ericsson to China’s 5G market.

But, while doing that, these countries have to keep a close eye both on their own national security interests, and also try to limit any potential fallout with the US over engagement with China.

Tech has become very Balkanised very quickly. As you say in your book, is it inevitable that American companies will lay claim to the US, Europe, and most developed countries, while Chinese companies will end up owning their home market and exerting influence across large swaths of the developing world?

Two years ago, I think there was a strong case for those respective spheres of influence. But the past two years have been a real roller coaster, and a lot has changed in just the past four months.

First, the emergence of TikTok proved that Chinese apps could rise to the top in countries around the world, including the US. At the same time, a large number of Chinese apps were gaining on their US peers developing countries, and had overtaken US apps in downloads in India. That looked very promising for Chinese companies, but it really unraveled over just the last few months. After a border clash in June, India banned TikTok along with hundreds of other Chinese apps. Just weeks later, the White House began talking about blocking TikTok, forcing TikTok into negotiations to sell its US business off.

On the surface, this looks great for US companies like Facebook, who were very anxious about Chinese competitors. But at the same time, I think there are real dangers ahead for US companies abroad. This urge to block foreign competitors from one’s own tech markets is gaining real traction worldwide. Right now China is in the crosshairs, but don’t be surprised if those crosshairs are turned on US apps in the future.

With governments (US, UK, France, India, Canada etc) rejecting Huawei and suspicious of other Chinese tech firms, does this mean that there is little to no future for cooperation between China and the West in the technology sphere?

I don’t see Huawei as the death knell for collaboration between China and the West. The connections between these tech ecosystems were really deep and multi-faceted for years, with flows of people, money and research knitting them together. Over the past four years those investment ties have been severed, and there’s a lot more pressure put on Chinese technologists in the US as well.

But academic researchers still fiercely defend the open and international nature of their work, and so I don’t see those ties getting fully severed. You’ll see less direct commercial interactions, but you also see people in the West paying much more attention to Chinese tech, trying to learn from its successes and avoid pitfalls like the expansion of China’s surveillance state.

In your conclusion, you seem perhaps more optimistic than most that a new, younger generation of innovators both in China and in America/Europe may find ways to cooperate. That was written in 2019 – how are you feeling in autumn 2020?

Things have really deteriorated faster and more dramatically than I and most people foresaw. It looked like that deterioration might have slowed up after the Phase I trade deal was signed in January, but that was immediately followed by Covid and things went into freefall. Things are more tense than ever at the national level, and those actions have put a lot of new constraints on what people do at the more grassroots level.

But at the same time, you still see people at the local level in both countries recognising that the other side has something important to bring to the table. California continues to lead the way in working with China on climate change, and in computer science labs at Stanford and Berkeley you still have Chinese, American and other international students working together every day. These grassroots interactions are not going back to the kind of free-for-all we saw before 2018, but they are still planting a lot of seeds that will shape things for decades to come.

But hey, I’m an optimist by nature, and there’s still plenty of time for things to get way worse.

What’s your prediction for US-China relations over the next year or so?

The US election is clearly the biggest variable in this equation. The fundamental dynamic of the two countries won’t change next year, but the election could shape just how volatile that dynamic is.

China will always see the US as attempting to stifle its rise, but how aggressively China responds to that will depend in part on what they see coming out of the US

Regardless of that outcome in the US, I think China is beginning to realise what a big hole they’ve dug themselves in to internationally. We’ll see attempts to mend fences with other countries, and just turn down the temperature in US-China relations. I think we’ll see both countries essentially take a breather while they formulate a longer-term strategy for dealing with each other.

Going forward, China will always see the US as attempting to stifle its rise, but how aggressively China responds to that will depend in part on what they see coming out of the US. On the US side, you see a mirror of that situation. China is now fundamentally seen as a formidable rival, but how you deal with that rival depends a lot on their actions.

Over the next year, both sides will start to feel each other out, looking for points of leverage and piecing together a medium-term strategy for this new landscape.