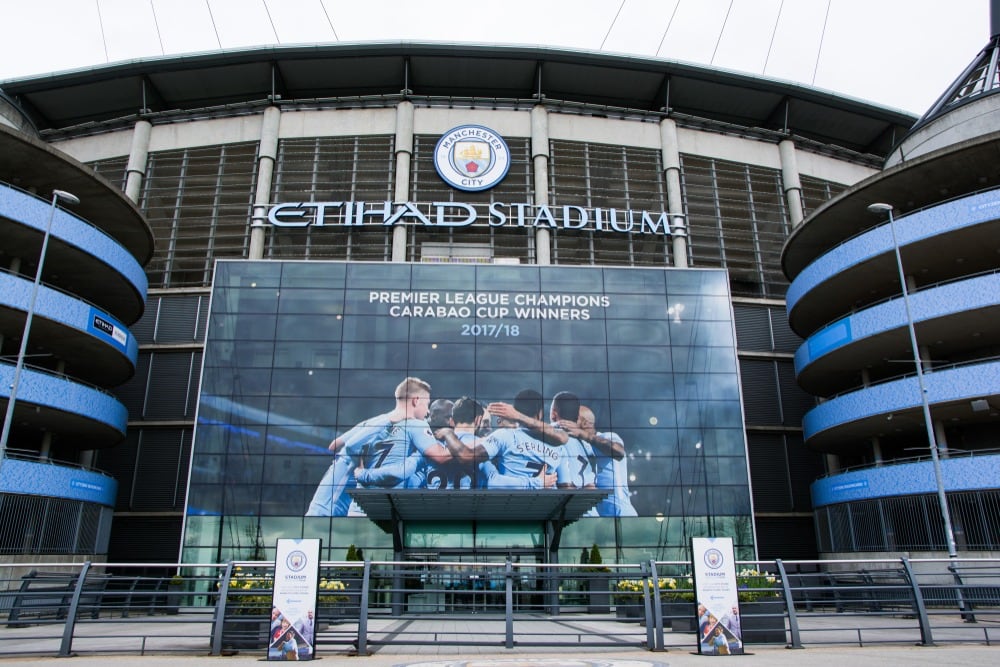 How long have you been dealing with China, how did it start and how has it evolved?

At Manchester City, we have had a fan base in China for many years and it has always been a market we’ve been keen to have a presence in. More recently, with President Xi’s widely stated ambition to develop grassroots football in China, which we were fortunate to hear first-hand when he visited the City Football Academy in Manchester, we saw an opportunity to participate in that movement and have a more permanent and sustainable presence in China.

In the past few years, we have seen City Football Group’s presence grow in China. We had a minority shareholding investment from a China Media Capital-led consortium in 2015, opened offices in Shanghai and Shenzhen, and now have commercial and media partnerships and coaches operating in schools across the country as part of Ministry of Education Programme. Most recently, along with our partners UBTECH and China Sports Capital, we were excited to fulfil our ambition of acquiring a Club in China, Sichuan Jiuniu FC.

How did the purchase of Sichuan Jiuniu FC come about and how will it work with the partners UBTECH and China Sports Capital?

It’s no secret that we had been looking for an opportunity to be involved with a club in China for some time. Fortunately, we already had a relationship with China Sports Capital and UBTECH. We considered lots of other opportunities, but this one felt right for all of us, and fortunately, we were able to move forward with it. We are now focused on building and developing the Club to improve its performance on and off the pitch.

There has been a gradual swing from British companies investing in China’s infrastructure such as sports academies to Chinese investment into British football clubs and now, with this project, we see a British club investing into a Chinese club. What is next for UK-China football trade?

We look at it more in terms of global football. At City Football Group, we are invested and operating in the UK, US, Australia, China, Japan, Singapore, UAE, Spain and Uruguay. Within that, we see China and the US as significant football markets which still have huge capacity to develop and grow, so we believe there will continue to be more opportunities ahead. Why is it important that City Football Group gets involved with China and what are the long term aims and goals?

We are committed to participating in the growth of football in China. We want to do this in a long-term and sustainable way and we believe the opportunity to grow and develop. Sichuan Jiuniu provides exactly that potential, in a significant city which loves football.

There are clear commercial goals of attracting sponsorship and investment as well as a new generation of fans but are there on field aims – such as player exchanges or recruitment ambitions?

All our investments are primarily football ones. We want to grow and develop successful teams which play an attractive style of football, engage their fans and play a key role in their local community. We believe if we can get those things right, other opportunities will follow.

What are the new regulations for...

BP and Didi partner to create...

Six top consumer trends in a...