PROFESSOR MONIQUE SIMMONDS, DEPUTY DIRECTOR OF SCIENCE AT THE ROYAL BOTANIC GARDENS AT KEW, TALKS TO GABRIELLE JAFFE ABOUT THE OPPORTUNITIES AND CHALLENGES OF TCM AND WHAT HER ORGANISATION IS DOING TO MAKE IT SAFER FOR USERS AND BETTER FOR THE ENVIRONMENT.

The Traditional Chinese Medicine (TCM) industry is worth over £30 billion and is only set to grow as interest increases worldwide and the Chinese government heavily pushes its export. However the industry is not without its fair share of issues and challenges. Those at Kew are doing their best to take advantage of the benefits while ensuring the environment and its users are not put at risk.

KEW HAS A UNIQUE COLLECTION OF OVER 7,000 SAMPLES OF PLANT THAT ARE USED IN TCM. HOW DID KEW COME TO INVEST IN THIS COLLECTION?

Kew has had a long tradition of working with medicinal plants. In the 1990s there was increased interest in the use of TCM plants in the UK but also an increase in the reporting of adverse responses. There was a famous case in a Belgium weight loss clinic where the misidentification of a herb used in TCM lead to people having renal failure and cancers of the kidney. That resulted in legal action being taken, including in the UK, to ban plants containing aristolochic acids.

We were heavily involved in developing a chemical method to detect aristolochic acids in plant-based TCM formulas. Kew was called in to analyse samples when materials were seized and was asked by hospital toxicology units to assist in identifying plants. This was a challenge as some TCM prescriptions can consist of about 10-15 different plant parts.

Kew was called in to analyse samples when materials were seized and asked to assist in identifying plants.

Kew could see the need to assist with identification, and so set up a collaboration with The Institute of Medicinal Plant Development (IMPLAD) in Beijing. This involved extensive fieldwork in China. The collaboration has enabled us to build a first-class collection. We are kept very busy with authentication requests from scientific researchers and pharmaceutical companies. There is growing interest in researching TCM.

WHAT IS THERE TO BE GAINED FROM STUDYING TRADITIONAL CHINESE MEDICINE?

We’ve got an awful lot to learn from plants. They’re very good at protecting themselves from diseases. And many of the properties that they use to defend themselves have potential as medicines.

Yew trees have been used to treat cancer in China for thousands of years. In the 1960s American scientists started to identify the active compounds and synthesised them into modern-day drugs. Now drugs based on taxane compounds found in Yew trees are used to treat a wide range of cancers. There are species of salvia used in TCM that have been shown to have anti-inflammatory properties; and peony plants, used to treat rheumatoid arthritis, have a range of anti-oxidant activity. It’s not all folklore, there’s an increasing body of scientific evidence that shows that plants in TCM do have an effect.

WHAT ARE THE RISKS ASSOCIATED WITH TCM?

They are natural and therefore are going to vary, depending on how the plants are grown. You need to be careful to get the right part of the plant, and to know that it’s been harvested at the right time and prepared correctly.

If a patient doesn’t tell their general practitioner that they’re taking TCM or they don’t tell their TCM practitioner that they’re taking drugs, then you can get serious drug/ herb interactions. In the UK, few doctors have training in herbal remedies, unlike some parts of Europe, such as France. But the public is interested in these kinds of therapies, as they might want something more gentle or perhaps conventional Western medicine hasn’t worked for them or has had strong side effects.

We’ve got an awful lot to learn from plants. They’re very good at protecting themselves from diseases.

If you’re taking TCM, it’s important to go to a reputable practitioner and ask where the material is coming from and whether it has been verified. The Medicines and Healthcare products Regulatory Agency (MHRA) is making sure more standards are available for people to check the quality of their plants. Personally, I’d be worried about what the public might get on the internet unless they get it from a verified supplier.

We need to make sure that if a patient is thinking of taking traditional Chinese medicines that they are of very good quality and that’s the kind of work that Kew gets involved in.

HOW IS KEW HELPING TO MAKE THE USE OF TCM SAFER?

We are working with the UK Department of Health to verify standards and also other health departments in Australia, Canada and America. We are also involved in The Good Practice in the Traditional Chinese Medicine Research Association, which is developing best practice methodology for clinical trials. Some of the criticism levelled at TCM is that the research hasn’t been done with the level of accuracy that you would need for a medicinal drug. There’s a lot of justification for that. That’s why we’re working so hard on improving what is going on in this area.

Internationally, there’s growing scientific interest in understanding how TCM works, especially in areas where there is no conventional cure. There are some TCM formulas, for example, that are attracting attention because they’ve been successful in treating people in China with Covid-19. But we need to have really rigorous trials. 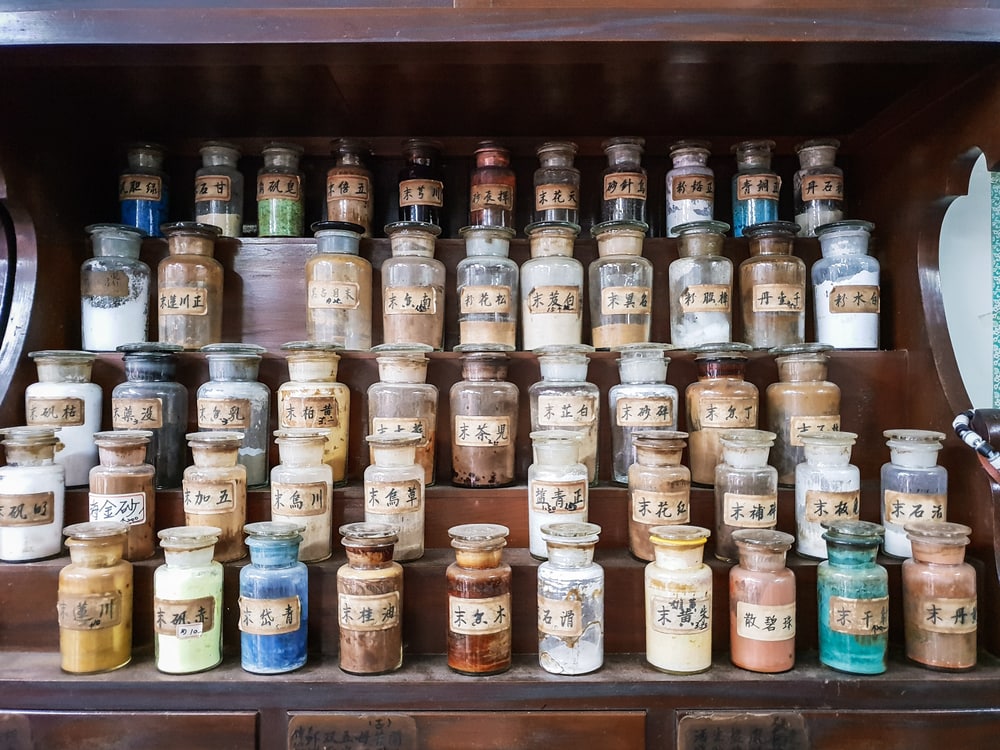 Research is limited for natural products that can’t be patented

HOW IS KEW INVOLVED IN RESEARCHING TCM AND COVID-19?

One project is associated with looking at prescriptions that were given to patients with Covid-19 in China. We are working with three hospitals in China. They have clinical data. On our side, we are looking at what is known about those plants and the activity of those plants. It’s in the early stages, so I cannot say too much – we’re worried about talking about some of these projects too early in case we have something that does more harm than good – but we are likely to have a paper out towards the end of the year.

WHAT CHALLENGES ARE INVOLVED IN TRANSLATING TCM KNOWLEDGE INTO MORE CONVENTIONAL FORMS OF MEDICINE?

Once information about the properties of a TCM plant is out there in the public domain, it makes it difficult for a pharmaceutical company to invest in synthesising it as a drug. It’s expensive to invest in working out the dose of a medicinal plant and how it can be administered. Who’s going to invest when you can’t patent it and have a period of exclusivity since it’s already out in the public domain?  So it’s very difficult to get a medicinal plant to cross that line and become a conventional medicine. It remains complementary.

Who’s going to invest when you can’t patent it and have a period of exclusivity since it’s already out in the public domain?

WHAT OTHER CHALLENGES DOES AN INCREASED INTEREST AROUND THE WORLD IN TCM BRING?

Working and travelling within China allows Kew to get a better idea of which plants are wild harvested and which are commercially grown. This information is very important as the use of TCM plants increases globally, because there’s pressure on the supply. You can get over-harvesting and sometimes substitutes and adulterants are being sold that are not as effective as the main species. For example, now hardly any wild harvested material exists of ginseng – one of the most popular TCM plants in the world. It’s being commercially grown.

And that can be a problem because sometimes cultivated material is not the same quality as what is growing in the wild. Growing in different conditions can affect the levels of active materials in the plant. There’s a movement taking place looking into how you can sustainably harvest wild material. If you take too much of something out of its natural environment, it can affect the equilibrium of what is naturally coexisting with the plant – other plants, the soil, the insects and birds. We need to better understand the ecology of where these plants are growing.