In the book, you argue that China uses a carrot and stick approach to the South China Sea, which ultimately leads countries or groups to end up supporting China’s actions in the region. Does this mean opposition to China’s militarisation of the South China Sea will only diminish and the region will inevitably fall fully under PRC control?

This is the risk unless Asian governments form a more unified front to balance China’s expansion. At present, they are putting too much emphasis on protection from the US, which is not geographically within the Asia-Pacific and directly pits two superpowers against each other as in the Cold War. They need to wean themselves towards a mindset of regional self-reliance so that Beijing understands that Asia will not be pushed around. There are signs of this beginning. President Baron Waqa of the tiny Pacific island of Nauru set an example in September when he reprimanded China for high-handed behaviour. Prime Minister Mahatir Mohamed of Malaysia has made it a priority to unwind many of China’s debt-laden projects there, and the Maldives has voted against an authoritarian pro-China leader. 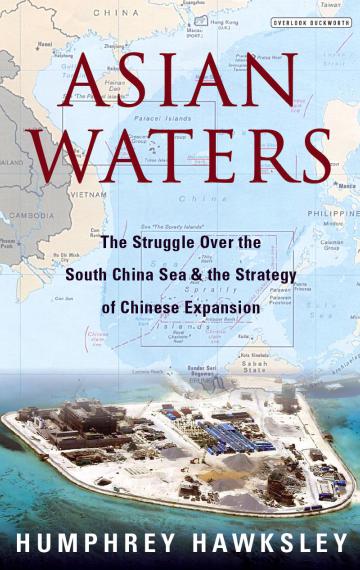 The UK has recently carried out freedom of navigation exercises in the region. Could this have a knock-on effect when negotiating new trade deals between the UK and China?

Definitely and there is little evidence that Britain has thought this through post-Brexit. It is best summed up by an editorial in the pro-Beijing China Daily: “China and the UK had agreed to actively explore the possibility of discussing a free trade agreement after Brexit. Any act that harms China’s core interests will only put a spanner in the works.” This bluntly states that any challenge to China in the South China Sea, or over its Hong Kong policy, or about anything else, will have to factor in the negative impact on Sino-British trade.

What do you think is China’s long-term plan in the region?

Security of trade routes and its own supply chains and return to its global stature which declined rapidly in the 19thCentury. Central to China’s motivation is that its ‘Century of Humiliation’ must never be allowed to happen again. This began with the British colonial Opium War in 1849 and ended with the Communist Party winning power in 1949. Having said that, there is also an element of rising power syndrome that can be seen as neo-colonialist and will, therefore, be challenged on the ground.

Today’s increasingly polarised and inward-looking political and economic environment means China is seemingly coming out as the champion of globalisation. Are we witnessing the end of liberal democracy?

I don’t think so because ultimately China’s style of authoritarianism does not work in a developed society. But we are witnessing a wake-up call for liberal democracy. Since the Cold War it has become riddled with hubris and vested interests. Even after the catastrophes of Iraq, Libya, Egypt and Ukraine, our political leaders appear oblivious about the delicate stages needed to transition from dictatorship to democracy without violence. Unless liberal democracy gets smart, its effectiveness will continue to decline.

What can we in the West learn from China?

First up it can learn that there is much to learn from China. Gone are the days when the West dictated political doctrines to the developing world. The clearest example would be China’s poverty alleviation, infrastructure building and long-term planning. The West has blindly moved from condemning China as a global pariah to viewing at as a bottomless treasure chest for investment, without asking how it has achieved so much so quickly.

Humphrey Hawksley is the author of Asian Waters: The Struggle Over the South China Sea & the Strategy of Chinese Expansion.

Why Jiangsu should be a key...