EU ambassador to China, Nicolas Chapuis on the bloc’s new relationship with China

Nicolas Chapuis, the EU’s ambassador in Beijing, on why the bloc is making progress in its relations with China, and why you won’t hear him using words like ‘decoupling’ or ‘containment’ any time soon

“We have gained relevance… we are talking to the boss now,” Nicolas Chapuis tells CBBC in an interview in early March.

By the “boss”, Chapuis clearly means Xi Jinping himself. The Chinese leader has in recent times taken over from Premier Li Keqiang at high-level meetings between the EU and China, and is reportedly pushing for the two sides’ recently agreed Comprehensive Deal on Investment (CAI) to be ratified as soon as possible – an ambition shared by EU President Ursula Von der Leyen.

For Ambassador Chapuis, Xi’s involvement is an important win in itself: “We cannot be a second-grade power,” he says. “We cannot be a geopolitical commission, and be relegated to State Council level.”

Chapuis is aware of the growing difficulties in EU-China relations. We spoke shortly after the draft text of the EU-China CAI had its first outing in front of MEPs, with several voicing concerns over whether it is strong enough to effect real change in the way China runs its economy. As a result, the European Parliament’s ratification of the CAI is far from a foregone conclusion.

Yet for Chapuis the conclusion of the seven-year-long CAI negotiation, along with the recent entry into force of the Geographic Indicators Agreement signed last September, prove that “after years of promise fatigue, increasing gaps in what is said and what is done in China, [the EU] could deliver what it considers to be significant progress in the relationship.” 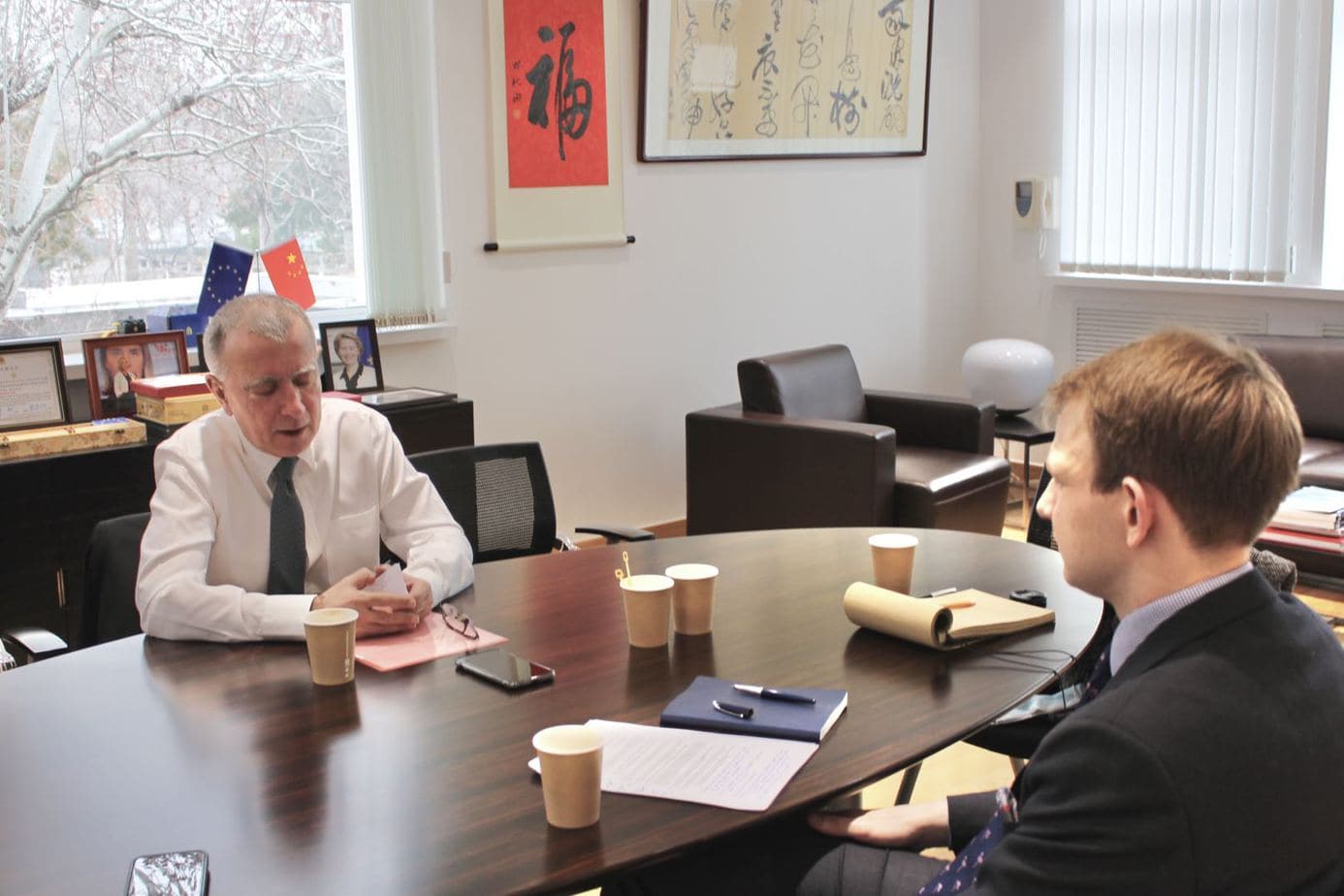 Chapuis believes European leaders have finally discovered how to work together on China, with the final months of CAI negotiations showing the power and influence of the EU at its best. He cites the cooperation between French President Emmanuel Macron, German Chancellor Angela Merkel, as well as Ms Von der Leyen and EU Council president Charles Michel, which finally managed to herd the EU’s 27 member states and China to conclude the 7 year-long-negotiation on 30 December 2020.

This unusual format was first shaped in March 2019, during President Xi’s state visit to France, a few days before the April 2019 EU-China Summit in Brussels. French President Macron had invited the EU Commission President Jean-Claude Juncker and Angela Merkel for a collective meeting with the Chinese President, and “the Chinese didn’t know how to deal with that” according to the Ambassador. “This meeting was key to give the necessary political impetus, it managed to elevate the EU in the eyes of China… and that had never happened before.”

While the ambassador is confident that the European Parliament may ratify the CAI under France’s EU Presidency in 2022, he recognizes that it recently voted down an FTA with Latin America, and took longer than anticipated to ratify another with Vietnam. He said the Commission is readying itself for a similar contest over the CAI.

“There will be what I call a lively discussion … and the Commission will do everything it can to explain to Parliament why this agreement is worth ratifying,” he said.

Chapuis believes there is one step China could take that would both help the CAI process and improve its international reputation – ratifying the ILO conventions on forced labour and the UN Covenant on Civil and Political Rights.

Stop looking at the world through the US prism, look at the world as one community, and please ratify the conventions.

This notion of the world as one community is central to the Ambassador’s worldview and how he advocates as a diplomat. It is the reason he considers China’s decision to close its borders to foreign students wanting to study Chinese as “the most unwise move it could have taken.” It is the reason, too, he found it absurd that there was no Asian element to the philosophy degree he studied first at university, leading him to drop out and take Chinese instead. 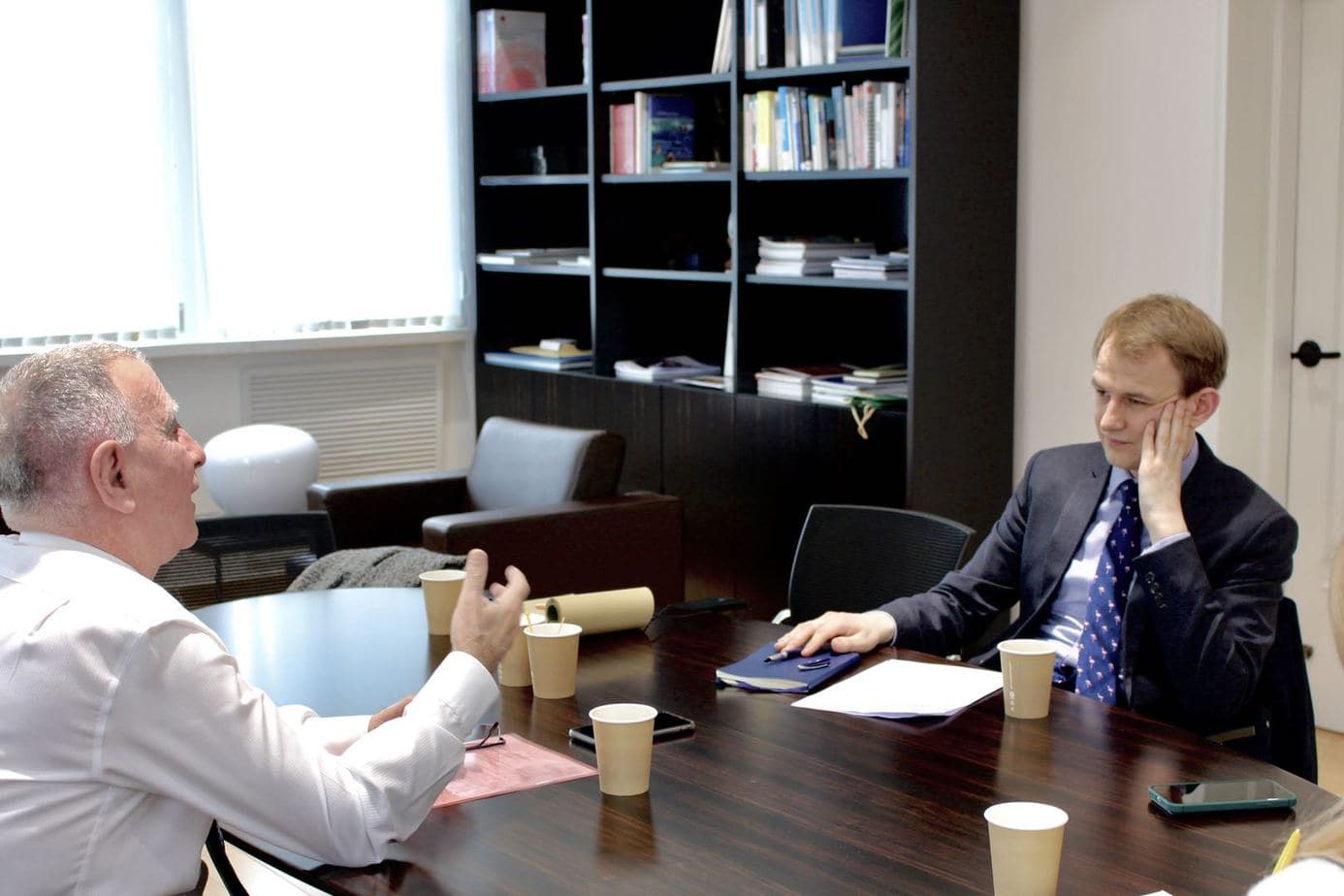 Containment, decoupling, things like that, this is not the EU’s language, says the Ambassador

And it is why he feels it is essential that the new Biden Administration seeks to engage with China rather than to confront it.

“Containment, decoupling, things like that, this is not the EU’s language, we are not going to do that […] there is no alternative to engagement when it comes to China,” he said. Ambassador Chapuis continued by mentioning that he welcomed the new US administration’s aspiration to consult with Europe on shared interests in China policy, and noted that the US was finding merit in the EU’s description of its relationship with China: Simultaneously a partner on global issues, an economic and technological competitor, and a systemic rival on governance. As for the post-Brexit UK, the Ambassador hoped that there would be a similar alignment with the EU’s position.

Chapuis believes the UK-China relationship is in “great hands,” with Caroline Wilson as ambassador in Beijing and Zheng Zeguang – whom he describes as a “fine diplomat” – on his way to London as Chinese ambassador.

Looking forward, Chapuis is confident that he can move the dial in EU-China relations by persuading the Chinese leadership that “no one is going to eat you, [that] the three little pigs are ok.” If he’s right, the EU-China relationship might look very different come 2022.

This interview took place before the Chinese authorities sanctioned the EU in response to Human Rights sanctions over Xinjiang on 22 March 2021.  As Executive Vice President and Trade Commissioner Valdis Dombrovskis said on 24 March, “the prospects for the CAI’s ratification will depend on how the situation evolves, the ratification process cannot be separated from the evolving dynamics of the wider EU-China relationship. (…) pursuing our economic interest goes hand in hand with standing up for our values, including where necessary through sanctions.”

CB Insights: Beyond 100 Days – Biden and the future of US China relations

How does China view the war...

A timeline of China-UK Ambassadorial Relations:...

A timeline of China-UK Ambassadorial Relations:...