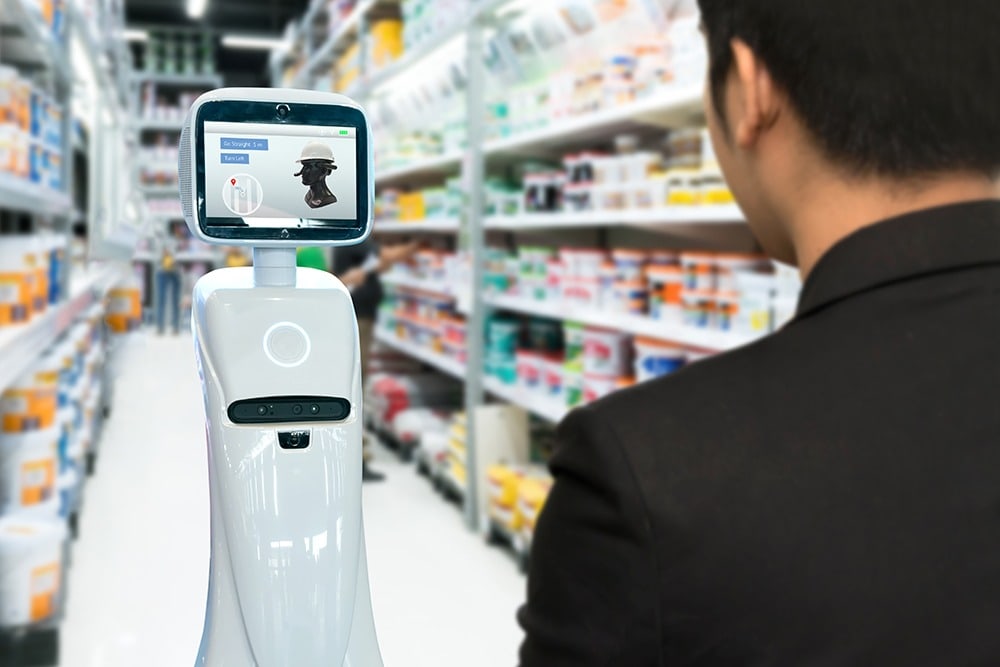 Carrefour Le Marché and Carrefour’s latest store in Beijing have robots that roam around the store, carrying promotional items
Share

Over the years, outlandish fake products from China have often made the headlines, leaving many with an impression that China is a nation of copycat producers. But in reality, China has been beavering away for years, coming up with innovative ideas that are changing the way people live, consume and market, writes Mark Tanner from The China Skinny

In 2019, China surpassed the US for number of patents registered, with patents for inventions growing 30% last year to over 700,000. As a whole, China’s patents aren’t considered to be the same quality as some countries, but the ratio of high-quality patents has doubled in the past five years. In 2021, the country climbed into the top-dozen countries in the global innovation rankings. Like many manufacturing countries before it, China has learnt a lot about product development from its role as the ‘world’s factory.’ This, combined with a strong focus on STEM in education, heavy investments in R&D, and a culture of risk-taking and failing fast, has led to an increasing number of innovations coming from the Middle Kingdom.

On many fronts, China has been leading innovations for online consumer applications for some years, with the Facebooks, Amazons and Apples of the world often replicating ideas from China.

Not all of China’s innovations aren’t quite as sexy as the all-encompassing WeChat, live streaming innovations or facial recognition-enabled smart shopping, but they do address challenges that both China and the wider world face. China’s shrinking population and increasingly expensive workforce have seen an increase of robots in retail and dining, warehouses and even robot earthworms to explore engine pipes. In the agricultural sector, Chinese innovations are set to increase following the release of the first technology roadmap for intelligent agricultural machinery. It is also showing early signs of focusing on more GM farming as it strives for greater self-sufficiency in feeding a nation wanting more calories each year.

Some of the most interesting innovations coming out of China are areas which are not traditionally associated with the country. A good example is the auto industry. Even in its home market, Chinese car brands have largely been considered inferior and unable to charge a fraction of the premium that foreign badges command. Although domestic brands are growing faster, foreign brands still account for the largest share of the market.

Whilst China is being beaten in combustion engines, it is leading in EVs. The government was quick to identify this as a significant future opportunity and doubled down on its support and subsidies. By 2018, there were already 487 EV makers in China. Competition breeds innovation, and that is what we have seen, with EVs as cheap as $4,500, and talk of flying cars within a couple of years.

Globally, increasing environmental awareness and soaring fuel prices have seen consumer interest in EVs reach a tipping point. Although America can lay claim to the high profile Tesla brand, and legacy auto giants in the US, Europe, Japan and South Korea are also investing heavily in the EV wave, backing the EV horse early has paid off for China. China produces more than half of the world’s EVs and dominates in supporting industries such as batteries and cell components.

Although EV innovations in China may not appear relevant to a lot of consumer categories, they are symbolic of China innovating under the radar, which will leave few brands and categories untouched.