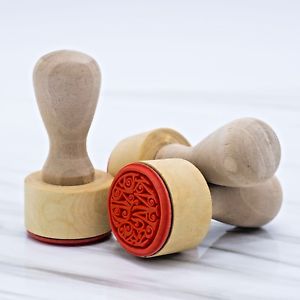 China has used carved seals known as chops, seals or stamps, for centuries. Whilst they have been replaced by signatures in the west, whoever holds the ‘company chops’ holds the keys to the company, writes Fabio Stella of Hawksford

Unlike most of the rest of the world, the use of carved seals (or chops) is still part of the business environment in China, owing to a longstanding tradition with its roots in the imperial history of the Middle Kingdom. The importance of seals comes from a historical mistrust of signatures as a result of the study of calligraphy and the number of forgeries that could occur in a territory as huge as this one, where written official orders could rule the destinies of hundreds of thousands, even millions, of people. As with signatures, seals have distinctive traits, but these have to be registered at the Police Security Bureau right after being issued as part of the post-incorporation formalities for Chinese corporate entities, both domestic and foreign-invested.

To add to the complexity, seals are only available in one style for each type of seal, with five or six different types of seal needed – each one with a different use. If a seal is lost, a public announcement has to be made in a local newspaper to notify anyone who may be affected.

If a seal is lost, a public announcement has to be made in a local newspaper to notify anyone who may be affected.

Considering their importance and the extreme trust that custodians need to have from business owners, anybody who’s in possession of these items is deemed as authorised to use them and can, therefore, bind the company and its representatives with rights and obligations. However the fact that they are usually used to verify a required signature in person (for example in a notary public’s procedures), means that foreign investors can always entrust the physical control and safeguarding of these tasks to third-party service providers.

What are corporate seals used for and when?

The below analyses each type of Chinese company chop one by one, in descending order of importance:

Available in an oval or round shape, the company seal is the main chop on which all the other seals depend and are carved. It is the company’s official sign of validation of official documents. Businesses use the company chop for all legal documents as it can cover almost all the functions of other chops, except for the customs chop and the invoice chop.

The company seal usually features (and acts as the only official record of) the English name of a company, which will then be shown on each and every document certified using it. Apart from any records including this reference, English trading names are neither shown nor registered anywhere else in the jurisdiction of mainland China, since simplified Chinese is the only official and accepted language.

As legal representative seals feature the name of the individual you’ve appointed to that role in Chinese characters, the moment your legal representative is replaced, their seal needs to be destroyed and re-issued in the name of their successor. Due to its relevance to the individual acting as a legal representative, this seal is either in their possession at all times or stored with a third-party provider if their domicile is not in the People’s Republic of China. Given their great importance, whenever holding both seals in-house, it’s highly recommended to not store them in the same safe or under the same employee’s custody.

The moment your legal representative is replaced, their seal needs to be destroyed and re-issued in the name of their successor.

As the name suggests, the finance chop is mostly required in treasury and banking operations, including bank account openings or closings, the issuance of checks (although this is becoming less and less popular), and certifying any statutory document in the finance department. These include accounting books, tax filings and compliance communications with the SAT (The State Administration of Taxation). Always in a square shape, the finance seal features no English characters, showing only the company’s Chinese name.

Trading and manufacturing entities with filings at the General Administration of Customs are entitled to a seal that can certify their import or export declarations when clearing their goods in or out of China. Just like the company seal, this usually comes in either a round or oval shape, and only features the entity’s Chinese name.

Among the few official documents for which a company doesn’t need either the company seal or the legal representative seal are official invoices – also known as VAT Special Invoices. Paper version invoices are only valid when showing an invoice seal on the lower left side of the document.

Among the non-compulsory seals available for corporate entities is a separate ‘contract seal’, which is used to execute commercial agreements as long as the parties involved recognise its validity. Despite its flexibility, it still cannot be used for employment contracts or rental tenders – the company seal is irreplaceable for these types of agreements.

In many cases, companies use their contract chop for signing other types of contracts with their employees or executing agreements between salespeople and clients. Overall, the contract chop grants less authority than the company chop, so it’s a more useful one to give to others for delegating authority.

Safeguarding the usage of seals

Just like a company’s payment threshold authority and purchasing limitations, procedures for the application and the usage of seals should be integrated with an entity’s standard bylaws.

Corporate entities can also establish additional layers of security for minor chops by ensuring that each stamping request is confirmed by affixing the company seal or requiring one or more senior executives’ original signatures next to it.

Keeping a record of all applications for using or affixing corporate seals can definitely help investors in making sure that staff misuse doesn’t go unnoticed or unreported. The officer in charge of such procedures should be one who does not handle or hold any seals in order to obtain a healthy maker-checker flow.

What could go wrong?

Local and international business news outlets are full of examples of seals causing trouble when fights erupt over the control of a company, or when senior executives are sacked while being the ones physically holding seals in their hands.

The best advice when considering the use of outsourced solutions to trusted providers is to not put all your eggs in one basket, and to learn to hedge against risks. This can be made part of a local subsidiary’s culture from day one by empowering several departments and executives with a bonus-malus system paired with internal control channels to spot and immediately report any anomalies.

Hawksford is an established provider of company registration and outsourced corporate services in China. Hawksford offers a company secretarial service that will manage your chops by implementing a usage procedure tailor-made to your needs to strengthen internal controls and protect your business.

Call +44 (0)20 7802 2000 or email enquiries@cbbc.org now to connect with CBBC staff who can advise on company chops and other Chinese legal requirements.

China’s asset management market is opening up to international players

Get listed in the International Import Expo 2020 digital brochure