Positive changes in the legal environment surrounding intellectual property and its enforcement in China are benefitting foreign firms, writes Andrew Peaple, including for Peppa Pig and basketball star Michael Jordan

Intellectual property protection has long featured among the key concerns for foreign businesses in China. The perennial complaints to an extent mask the significant progress China has made in this area, through better legislation and enforcement.

The improvements in recent years stem largely from the government’s understanding that poor IP protections are a hindrance to local Chinese businesses, particularly as the country looks to focus ever more on high-tech, advanced industries where patents, trademarks, and so on are key. The evidence suggests that one knock-on effect is that positive changes in the legal environment around IP are also benefiting foreign firms.

In this feature on IP in China, we first look at the developments in the policy environment, before focusing on a recent major success for British media company eOne in securing the status of one of its key brands – Peppa Pig – as a well-known trademark in China. Lastly, we provide details on how CBBC can help businesses in this area.

The introduction of a new Civil Code last year in China brought with it important changes to the country’s IP system, in particular by cementing the principle that punitive damages can be claimed against infringers.

For many years, critics of China’s IP environment have complained that damages for infringement have not been large enough either to compensate IP owners or to deter infringers in the first place. From the start of this year, however, the principle that infringers could be forced to pay much larger damages to IP owners has come into effect. Embodied in China’s first Civil Code, this builds on changes in the earlier Trademark Law (revised in April 2019) to make clear that where a person intentionally infringes the IP rights of others and the case is serious, the IP owner can claim up to five times the cost of the damage inflicted.

Similar changes have been adopted in both Patent Law (revised in October 2020) and Copyright Law (revised in November 2020). The amount of compensation for copyright and patent infringement has been increased to five times the actual damage incurred, up to a maximum of RMB 5 million (around £550,000).

In addition to these changes, China’s amended Criminal Law is set to increase the prison time that IP offenders can face. The amendment, which was passed by the National People’s Congress on 26 December 2020, raises the maximum prison term for trademark and copyright infringements from seven to 10 years.

In another important development, the China National Intellectual Property Administration (CNIPA) – the Chinese equivalent of the patent office and the trademark office – last April announced its 2020-2021 plan to protect IP rights better and to contain IP infringement. CNIPA’s new plan came in response to the State Council setting ambitious goals for strengthening the IP system in China at the end of 2019; it also came partly in response to commitments China made in its Phase 1 Trade Agreement with the US. Amongst other things, CNIPA’s 2020-2021 plan should help IP owners combat online abuse of their rights and make court decisions about trademark infringement more consistent.

From the start of 2021, the principle that infringers could be forced to pay much larger damages to IP owners has come into effect

Of course, changes to the legislative environment mean little if China’s courts don’t reinforce them with action in real-life cases. The evidence suggests that, again, much progress has been made. According to a recent report in The Economist, Chinese courts accepted 480,000 IP cases last year, up fivefold from 2012, with foreign plaintiffs winning 89% of all patent infringement cases. In turn, the Supreme People’s Court of China last year issued 10 judicial interpretations and normative documents related to improving judicial protection of IP rights and cracking down on infringements.

Notable victories for foreign plaintiffs in IP related disputes include a case concluded this January when Australian winemaker Treasury Wine Estates won a ten-year battle over the trademark rights for ‘Ben Fu,’ the Chinese transliteration of its famous wine brand Penfolds. In 2020, meanwhile, superstar basketball player Michael Jordan won an IP case against a Chinese company, Qiaodan Sports, over its use of the word ‘Qiaodan’ – the way Jordan is pronounced and written in Chinese. 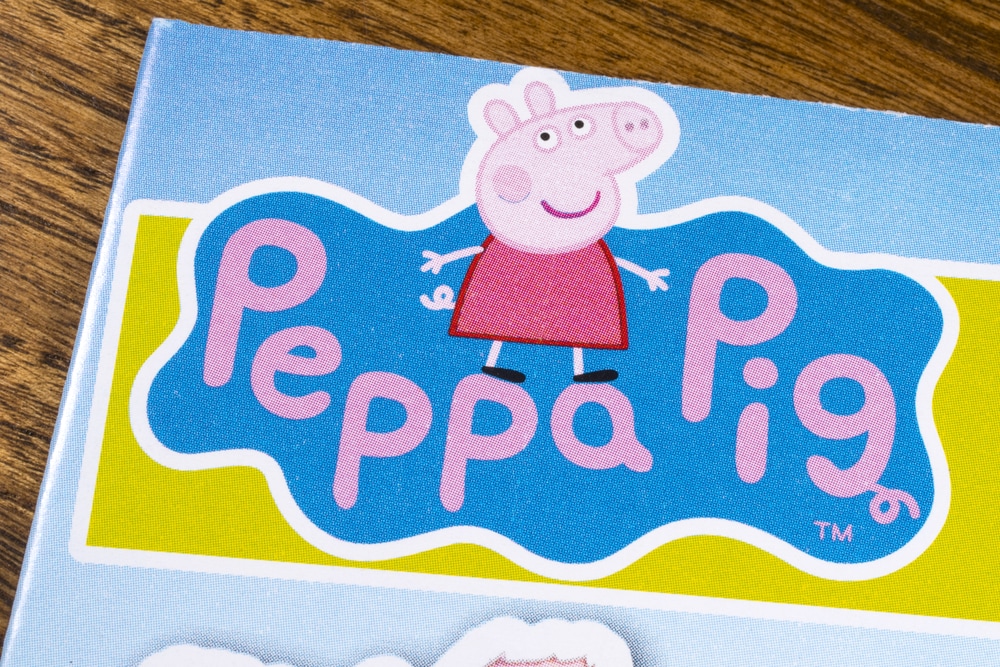 Peppa Pig is arguably one of the UK’s greatest soft power exports. Since she first appeared on our screens in 2004, Peppa and her cast of family and friends have become an entertainment mainstay for children all over the world and – though they may be loath to admit it – their parents.

China has fallen just as hard for Peppa’s charms, with the cartoons going out over the country’s most widely-watched platforms. According to a recent court filing, the little pig’s adventures have been viewed cumulatively over 20 billion times on the iQiyi platform alone.

It’s little wonder, then, that Entertainment One (eOne), the production company behind Peppa Pig, is celebrating a recent ruling in Shanghai that establishes Peppa Pig as a ‘well-known trademark’ in China, a status that puts it alongside some of China’s own best-known brands. To date, very few British brands have been afforded this status and, to the best of our knowledge, Peppa is the first children’s content brand (as opposed to a physical product) to achieve it.

Becoming a well-known trademark should afford the Peppa Pig brand particular protection in China, with courts more likely to consider infringements against the trademark as serious and wilful. In turn, eOne expects that Peppa’s newfound legal status should prove a powerful deterrent against would-be IP infringers looking to use her image.

eOne says that after many years of trying to get Peppa recognised as a well-known trademark, it recently adopted a strategy of filing multiple cases in courts across the country related to infringements where it felt it had a good case to argue for well-known trademark status. One such case in Shanghai resulted in a ruling related to the use of Peppa’s image in lamps.

And while the Chinese court system is different from that of the UK, in that courts do not necessarily follow precedent established elsewhere, eOne is confident that now the principle of Peppa’s well-known trademark status has been established, courts elsewhere are now more likely to take a consistent approach. Niall Trainor, senior director of brand protection at eOne Family Brands, recommends other companies hoping for similar protection to seek out courts in China with experience in intellectual property cases.

“It’s a great message to send to our partners about how seriously we are protecting our brands and intellectual property in China,” says Trainor. 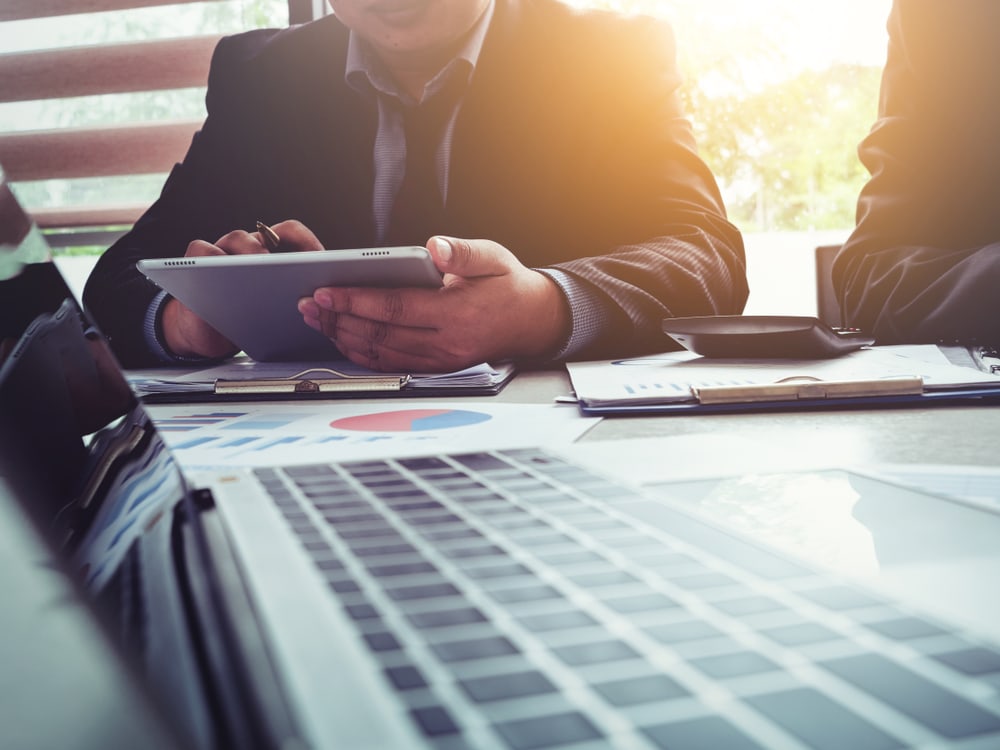 How CBBC can help UK companies

CBBC initially launched services to support businesses with their IP-related issues and protection in China back in 2014. CBBC has been working with key partners to develop a range of in-house support functions covering IP consulting, online protection, offline enforcement, and cross-border protection. The team also provides research on IP legislation and policies.

In particular, CBBC’s IPR Protection Accelerator provides support for members with online protection and offline enforcement of IP rights. The service is based on CBBC’s long-standing IP partnership programmes with major Chinese stakeholders. In past years, CBBC has strengthened these strategic partnerships through the signing of Memorandums of Understanding for long-term IP cooperation, roundtable discussions, and online series events.

In addition, CBBC has launched its IP knowledge sharing programme for awareness-raising and capacity building. From basic knowledge and practical guidance to the most up-to-date developments and trends, the events tailored by CBBC’s IP knowledge sharing will grant you a competitive edge through its rich interactive programmes, trainings, and seminars.

IPR Protection Accelerator: CBBC partners with leading platforms
How to license and protect your IP in China

Andrew Peaple is CBBC's Director of Media and Research. For more information on China's policy and media, he can be reached on Andrew.Peaple@cbbc.org

Land of Big Numbers: How Te-Ping Chen’s book goes beyond the headlines