How important is good translation for your business in China?

The Perils of Interpreting (Princeton University Press) is a detailed but highly readable account of the extraordinary lives of the two translators — Li Zibiao and George Thomas Staunton — who interpreted the words, aims and demands of the 1793 Macartney delegation to Qing China.

What do the lives of two translators 230 years ago have to do with successful business and diplomacy with China today? Well, quite a lot actually, as the stakes are still high, misunderstandings all too easy to make and, ultimately, business in China survives and thrives on the quality of translation – spoken and written – between the parties involved.

Paul French spoke to Harrison about the perils of translation then and now, the current state of language learning, how to better improve nuance and negotiation, how vital simultaneous translation has become, and whether or not new technology will eventually replace the human translator…

Paul French: I’ll start at the end, if I may. You conclude the book by noting that, ‘The lives of Li Zibiao and George Thomas Staunton remind us of the vital importance of languages and translation in our understanding of other cultures, and the value of the years of study that allow us to listen, empathise and understand when others speak and to explain ourselves to them. It is only with this knowledge of other cultures that together we can build a future for the interconnected world that we live in today.’ Do you think in the case of China, where English language proficiency is quite high, we’ve rather neglected the importance of languages?

Henrietta Harrison: Well, I teach in a Chinese department here at Oxford, and our students get fantastic language training in both modern and classical Chinese, so I’m not sure we are neglecting the importance of languages here. Of course, many Chinese people speak excellent English, and indeed some of them are just the kind of mediators, interpreters and in-between people I am talking about in the book. A number of British students of Chinese also go on to this kind of career. The lives of Li Zibiao and George Thomas Staunton and the tensions that they were under are not just something that mattered in the 1790s or the 1820s.  Such people continue to play a hugely important and powerful role today.

You also note that we now have so many other tools that could move us away from needing the likes of Li and Staunton, but that AI, Google Translate, etc. can mean we lose nuance. Throughout your book, you constantly refer to the ‘peril’ of nuanced interpretation as opposed to machine type interpretation. This seems to be a particularly long-running and major problem with Chinese and other languages, especially diplomatically perhaps, but also often in business. How much do translators account for nuance?

I don’t think that machine interpreting can ever replace people working as cultural mediators. Machine interpreting can produce a text that roughly corresponds to what was fed into it in another language. How effective this kind of translation through synonyms is depends on how closely related the two languages are. As George Thomas Staunton said, precise synonyms are rare even in European languages, and “the more remote the two nations are from each other, and the more dissimilar they may happen to be in their habits and characters, the smaller, of course, will be the proportion of words in their respective languages, that are strictly synonymous.” His general practice was to take the overall meaning and try to get that across in a way that would be acceptable to his audience, and this is the way in which spoken interpreters naturally work, which is why spoken interpreting is more an issue of negotiation than of looking for particular synonyms or even for particular nuances. 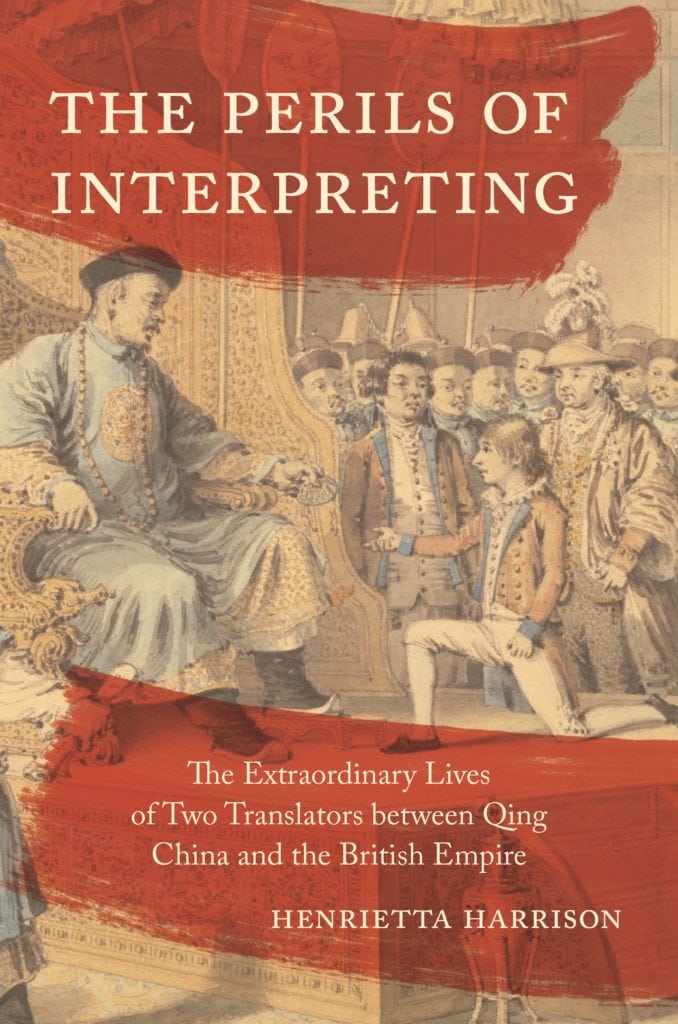 You have said that interpretation is not just about language skills, but also negotiation skills. Can you explain this a little more?

An interpreter has to make all the same choices as a written translator, but must make them at speed and must also operate in a social context where cultural attitudes may be quite different between the two parties.  Even the most accurate and professional interpreter today can only convey a part of what is said unless given a document to prepare in advance. So in effect, interpreting, both in the eighteenth century and now, requires the interpreter to decide what the key points are that the speaker wants to convey and then to get them across to the listener. This is inevitably a matter of negotiation because each minute decision about what to convey will influence whether the two parties ultimately end up agreeing or disagreeing. This is very obvious in the different outcomes of the interpreting in the Macartney mission of 1793, which was very conciliatory and ended in positive feelings on both sides, and that of the British interpreters of the 1830s who Staunton criticised for translating words in “their most offensive sense” – a practice which he rightly predicted would end in war.

With simultaneous interpretation, you’ve noted that just due to the volume of information coming at you, it inevitably means much can be left out and there is simply no time to develop either nuance or negotiation skills. Given this, would you consider simultaneous translation a particularly perilous form of interaction if the stakes – diplomacy or business – are high?

Simultaneous interpretation is quite an amazing technique that was invented in the mid-20th century, so it doesn’t come into my book, which is a story about the early 19th century. However, both consecutive and simultaneous interpretation inevitably mean that material is left out. The simultaneous interpreter must work at extraordinary speed (and additionally the effort is so intense that the interpreter can usually only keep it up for a short time, so they must also work in relays). The consecutive interpreter must remember (nowadays with the aid of note-taking) what is said and then repeat it. Again things get lost. The only way to avoid this is what is done in venues like the United Nations when interpreters are given a written text to prepare ahead of time, however, a pre-prepared fixed text naturally removes much of the ability for negotiation.

You talk about the requirement for ‘deep immersion’ in a foreign culture to develop strong language skills, but that such levels of immersion are potentially ‘dangerous’ and can lead to trust issues. This was certainly a problem for Li Zibiao and George Thomas Staunton wasn’t it?

When Lord Macartney set off on his embassy to China he was determined to find interpreters that he could trust, and I think that this is probably just as important today. If someone is going to negotiate an important treaty or deal on your behalf you need to trust them. However, people like Li Zibiao and George Thomas Staunton end up very much between two worlds. Li came from Gansu but he was educated in Naples, while Staunton first went to China as a child and spent much of his twenties there too. This kind of immersion becomes increasingly dangerous in a context where there is hostility between the two sides. Li Zibiao, with all his knowledge of Europe, ended up living in hiding in a remote village in Shanxi. Staunton saw two of his good friends sent into exile in Xinjiang and was threatened with the same fate himself.

Finally, a little speculation. Here we are 230 years later in Britain, still engaging with China in different ways diplomatically and commercially, still perhaps at a linguistic disadvantage. Are we still facing multiple ‘perils’ of interpreting that are limiting our chances of getting our point across or of achieving business success?

Of course, interpreting can be more or less successful depending on the linguistic, cultural and negotiating skills of the interpreter. However, the success or failure of negotiations may very well be primarily the result of the underlying issues at stake. As Staunton repeatedly pointed out, British negotiations with the Qing in the 1810s couldn’t get away from the fact that there were British warships cruising off the south China coast. The perils I wrote about in this book were those that faced the interpreters and cultural mediators themselves, caught between the two sides, accused of complicity or blamed for the failures. This is a risk that they continue to face today: think of those who interpreted for the Americans in Iraq and Afghanistan. In 19th century China, by the end of the First Opium War, the pressures were so intense that no one could be found on the Chinese side willing to interpret or negotiate at all. The lack of knowledge of the West that this produced was clearly a major problem for China and this kind of ignorance and the harms it produces are also something that is hugely important for both the West and China to avoid today.

Are you in control of your brand image in China?

What can companies use instead of...

What does China’s ban on the...

What is the minimum wage in China...