Home Healthcare Has China won the war on poverty?
HealthcareNewsServices

Has China won the war on poverty?

When four siblings, aged between six and fourteen years old, committed joint suicide by drinking fertiliser in the village of Cizhou, south China, in 2015, the nation was horrified.

In a note, the eldest boy wrote that he had “dreamed of death,” an end to the years of suffering and neglect they had endured. The children came to symbolise the “left behind generation,” the young who live alone in rural areas abandoned by their parents who have migrated to cities in search of work.

That year, President Xi Jinping pledged to eradicate rural poverty in China by 2020. Five years on and the leadership has successfully lifted more than 70 million out of economic hardship, according to official statistics. However, a great number still remain locked in a struggle to survive.

This month marks the halfway point of the 2020 deadline. It arrives at a crucial moment as the country begins to emerge from the coronavirus and months of economic deep freeze. But even as China looks set to avoid a technical recession, with GDP growth for the year up to 1.8 percent – the gap between rich and poor in society remains one of the highest in the world.

Last month, Premier Li Keqiang made a statement that shocked many. Speaking at the 13th National People’s Congress, he revealed that 600 million people are living on less than 1,000 yuan (£115) a month, barely enough to afford to rent a room in a medium-sized city. Hardest hit is the countryside, where 40 percent of the population still live.

Internationally, China has been praised for its poverty reforms. The World Bank has lauded the “phenomenal success” in achieving “the fastest rate of poverty reduction ever recorded in human history” over the past 40 years. In 2018, Jim Yong Kim, the bank’s president, said Beijing’s model “offers a new option for other countries and nations who want to speed up their development while preserving their independence; and it offers Chinese wisdom and a Chinese approach to solving the problems facing mankind.”

Meanwhile, President Xi himself has declared the war “basically done.” However, some experts say declarations of victory could be premature and politically motivated.

“China will most probably meet the target, as it is a political mission set by Xi Jinping and that being the case, everything will be done to make this happen, at least formally anyway,” says professor Steve Tsang, director of the SOAS China Institute in London. 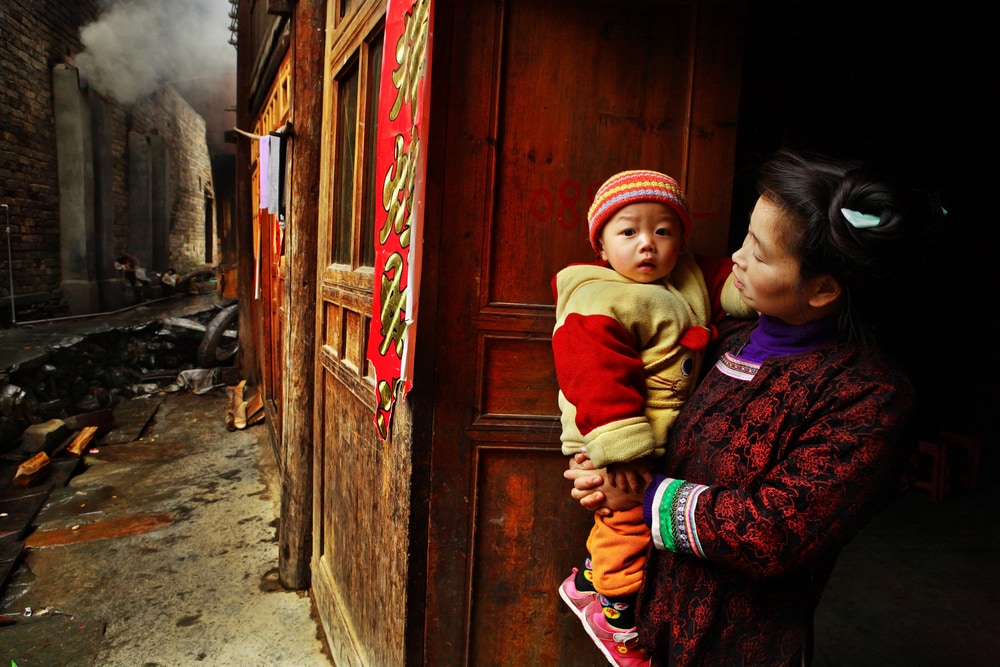 At the 13th National People’s Congress, Premier Li Keqiang said that 600 million people were still living on less than 1,000 yuan (£115) a month

“Let’s not forget that ‘poverty’ is a relative thing, and the idea of eliminating it is a political thing. Not formally meeting the target will be seen as a failure of Xi Jinping, hence it will not be allowed to happen as long as Xi is in power.  But it does not mean poverty, as is normally understood, will be eliminated. Even the wealthy socialist countries in Europe do not claim to have eliminated poverty,” says Tsang.

The lack of a universal definition of poverty makes assessing progress difficult. China’s targets define poverty as rural and income-based. Since 2011, the line has been 2,300 RMB per person, per year (based on 2010 prices), according to professor Qin Gao, founding director of Columbia University’s China Center for Social Policy.

Each year, the line is adjusted according to the Consumer Price Index. Currently, it stands at around 4,000 RMB (£460).

Critics of China’s poverty strategy accuse the government of setting an artificially low threshold that is easier to meet. But Professor Gao says this is not true: “The World Bank’s line at  US $1.9 per person per day [set according to 2011 purchasing power parity], once adjusted, is about 2,800RMB – about 200 RMB lower than China’s 3,000RMB (based  on 2018 prices).”

Meanwhile, some scholars argue that China should adopt a “relative” measure as used by most OECD countries, including the UK. This takes the median income level and is better at capturing income inequality. Instead, China, like the US, uses a hard-set income threshold, or “absolute” measure.

Professor Gao says that one of the biggest barriers to sustainable poverty relief is dwindling social mobility. “In rural populations, there is much less upward mobility than in the cities. To address poverty you need to lift people up to higher living standards but, more importantly, to opportunities,” she says.

Wu Alfred Muluan, a scholar of welfare policy in modern China at the National University of Singapore, agrees that building long-term capacity in individual communities is more effective than offering hand-outs. He says that while Beijing has made great strides in poverty alleviation, its distinct top-down approach could present future challenges.

“Many people who were not poor in the past now face financial difficulties,” says Prof Wu. “In each province, resources are a lot more concentrated. For example, in capital cities and Tier 1 cities, there are increasing resources. The general strategy is to push villagers to urban areas, from third-tier cities to second, from second to first, and so on…But at the same time, first-tier cities are asking low-end people to leave because they feel they cannot house these populations.”

Another controversial top-down method has been to migrate entire communities thousands of miles to richer provinces, for example from Gansu in the northwest, to Zhejiang and Fujian in the east.

AstraZeneca China has recently launched a health-tech incubator in Wuxi: the I-Campus