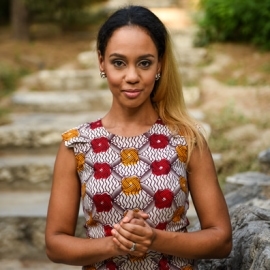 Hannah Wanjie Ryder, the CEO of Development Reimagined talks to Tracy Driscoll about her journey to leadership and views on gender diversity

I’m a diplomat and economist turned entrepreneur. I’ve just opened a new international development consultancy and think-tank in Beijing – called “Development Reimagined” in English, and “睿纳新国际咨询” in Chinese – meaning far-sighted and innovative. Its ultimate aim is poverty reduction all around the world, so we have strong expertise in international development and international relations as well as climate change, as that is the biggest challenge facing all of us.

By being here in China and with a wide network of experts across Africa and beyond, it is also designed to support governments, businesses and others from poor countries get the most out of their relationship with China, and vice versa – to support Chinese ministries, businesses and NGOs to successfully go out and have a positive impact abroad.

Being born in Kenya I had always wanted to “give back”, and that’s what drove me to initially be a career civil servant. I worked in various high-profile, international facing roles combining economics with policy making in the UK Government for 13 years, and even in these roles always enjoyed pushing the boat out to generate new ideas. I then saw an advert for a two-year Deputy Country Director level position in the United Nations Development Programme (UNDP) in China, and could not resist applying, and I got it.

It was this position, which I really enjoyed, combined with becoming a mother in 2016 that finally gave me the extra courage to leap out into the private sector. I realised there was a real need out there, which the UN and others were trying to fill but couldn’t because they didn’t have the mandate or were too slow. If I could fill that gap (whilst bringing up a child) I realised I could and should do so. So I jumped and I’m loving it so far.

If you know there is a market, if you have ideas for how you can meet that market and how you can make it grow, you can do it

Who were your role models and why?

I’ve never had particular role models – my parents instilled in me a belief that I can and should be able to do anything, and that’s the perspective I want to give to my son too. But where I take inspiration from depends on the challenge I’m facing: from other women CEOs in China – of which there are several – to great leaders like Barack Obama, to the female driver of a tricycle car that waits outside my apartment block every day. Sometimes you need that reminder to just turn up every day. 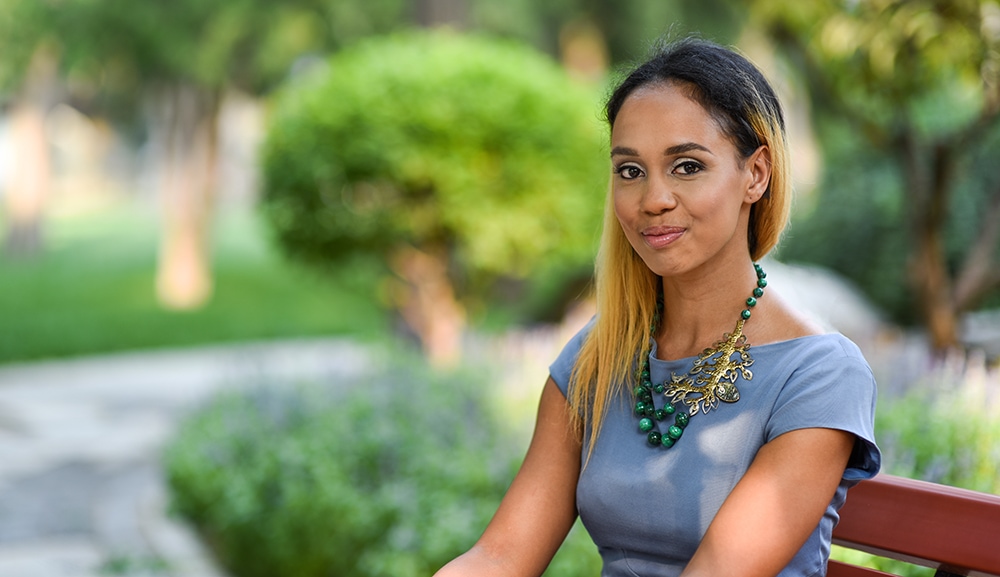 “I know my topic well, I am proactive about my career, and I bring myself into my career”

What challenges have you faced that you think are particular to women and how have you dealt with them?

Being a female and a black woman in international relations isn’t easy – I always have to push myself – lean in – to open my mouth so that people know I have something to offer, otherwise I’ll be overlooked, both day to day and career wise. So I deal with this in three steps. First, I always know my topic really well. Being an expert, having a few statistics to hand, is key in getting recognition and new clients. Second, I keep my options open, and am always proactive about my career. In government, I always had to ask for promotions, create my roles – unlike my male counterparts I was never simply offered them. Third, I bring myself into my career, for example through blogging about my work, which I started in 2011, before it became popular for senior managers to do. This has helped me develop my special, authentic style of leadership, which I use now in leading the new consultancy.

What do you think the benefits of gender diversity would be to business?

I’m glad that the conversation about gender and other forms of diversity has moved on to focus on the tangible benefits, rather than being simply tokenistic. But companies and organisations need to truly reflect the populations they serve, which means giving women, ethnic minorities and disabled people equal priority at all levels. Having led multicultural teams in the UN and in my own businesses now, I can vouch for the fact that all organisations need a diversity of perspectives to flourish. But fundamentally people everywhere – from China to the UK to Kenya – also have the right not to face discrimination, and I believe just as strongly in this right as I do the economics.

What do you hope to see change to make gender diversity possible?

One of my pet hates is “manels” (discussion or presentation panels in conferences that are made up exclusively of men). They just shouldn’t exist in this day and age, yet I see them everywhere in China and in international organisations. But gender diversity is much more than just thinking of women that can talk expertly, which actually doesn’t take much effort at all. It’s also more than training, mentoring, or women leaning in… These are important but ultimately they put the onus on women to sort the problem out. As an economist, I believe that for any type of diversity question, it should be about the majority – in this case the men – committing to change, whether that’s through quotas, financial incentives to employ women, or any other real, tangible and long-term measures. Money talks.

Three pieces of advice. First, three words – which Nike use in their advertising – “Just Do It”. If you know there is a market, if you have ideas for how you can meet that market and how you can make it grow, you can do it. Especially in China, the opportunities are huge. Second, take it step by step. Every day you will meet a new challenge. Avoid the female instinct to multitask and take on too many challenges at a time. Third, the women closest to you are your best mentors. I’m very lucky to have access to some great women in China and around the world, who I can call on whenever I need them, and who think of me when they hear of new opportunities. They have been priceless along the way so far.

This article is part of a series to profile women leaders in the community, to share experience and create awareness about gender diversity and what it can bring organisations. It is part of the British Chamber’s Women’s Initiative.