Home ConsumerCulture From Science Fiction to Science Fact: A rise in popularity of Chinese science fiction is spurring a new generation of techies
CultureTechnology

From Science Fiction to Science Fact: A rise in popularity of Chinese science fiction is spurring a new generation of techies

A rise in popularity of Chinese science fiction is spurring a new generation of techies to compete globally, writes Tom Pattinson

First contact is a warning ­– alien invaders are coming and humanity will be destroyed. A more advanced alien race is taking steps to stop earth’s technological advancement. Reactions from the small group of ‘in the know’ scientists on earth are mixed, and factions form. Halt communications and hope they won’t find us, say one. Develop technology at a rapid rate to combat them upon their arrival, argue another. It’s what we deserve; capitulate and let these higher beings eliminate the corrupt, selfish earthlings say one more.

This was the premise of the book, The Three Body Problem, winner of the 2015 Hugo science-fiction award. The book, written by Chinese writer Liu Cixin has become not just a hit in China but globally, with Barack Obama and Mark Zuckerburg singing its praises for being one of the greatest works of science fiction ever written. 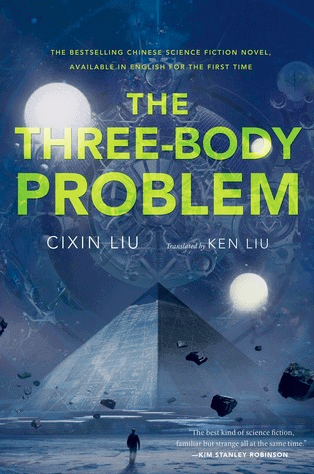 Liu’s historical and cultural insight might appeal to international readers new to China, and his deep dive into particle physics obviously appeals to science fiction geeks, but the story also resonates more broadly with many in China and around the world who feel we are currently being pulled in different directions. What are the social, environmental and economic costs of rampant development? Who is in control of weaponised technology? Have we already gone beyond the point of no return with the destruction of our planet? These are all conversations being held in bars and on campuses, in parliaments and over meals, from Mumbai to Beijing, San Francisco to Lisbon.

For a China that is currently trying to find its position on the world stage The Three Body Problem could be astoundingly prophetic when brought out of the intergalactic and into a planetary realm. Should China be scrambling to win the technology race before it’s too late? For many, that answer is yes. Last month Liu was speaking at a three-day conference in Beijing that saw writers, Nobel laureates and scientists promote the study of science in China. Wang Huning, a member of the seven-man Politburo Standing Committee, said at the conference “China’s future hinges on technological innovation.”

Acknowledging this strategy, the government have attempted to popularise science. Children’s science classes have been made more experimental and hands on and science fiction writers like Liu have been brought in with to promote the sciences.

And it is clearly working. One student at the conference said he took up a degree in aircraft design after reading The Three Body Problem. He decided that working in science “would be a very cool career,” according to Business Standard.

For the authorities, maintaining a steady flow of science graduates is a case of national security – don’t forget Liu’s ‘aliens’ are here to stop the ‘earth’ developing and competing. Chinese tech companies Huawei and ZTE have both struggled against American tech supremacy by being banned from operating and developing in, or even selling to, the US. And with the continuing trade war forming a technological blockade, China has been forced to find alternatives to imported tech and develop its own – ideally at a faster rate than the US.

Liu agrees – the unintended result of this blockade he argues is that China is forced to speed up its technological advancement, leapfrogging the US. “We are leading in space technologies because there’s a blockade,” said Liu.

Like many science fiction writers, the 55-year-old former power plant worker, uses writing about the future to comment on today’s society and challenges just as Orwell and Huxley did before him. However, instead of instilling fear into China’s approximately 80 million science fiction fans, he is inspiring them to take up the microscope and the telescope. What will happen next can only be speculated on but reading Liu Cixin’s work is not a bad place to look.

The wrong Chinese accounting method could be limiting your growth

How is China’s intellectual property environment...

Where do the UK and China...

Where do the UK and China sit...