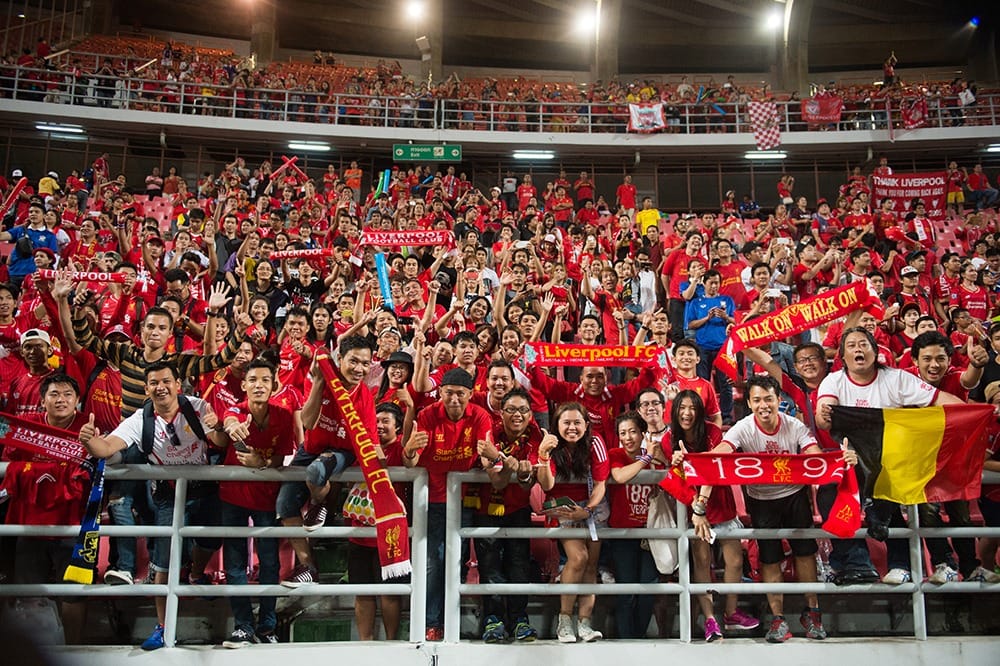 Football is big business around the world and, as the Chinese market opens up to the beautiful game, what tactics should British companies interested these new markets be looking to adopt, asks Avi Nagel, CBBC’s China Business Advisor

From all-star players transferring to Chinese teams to President Xi’s high profile visits to Premier League clubs, the Middle Kingdom’s growing relationship with English football often makes headlines. Most recently, in February, City Football Group (CFG), the parent company of Manchester City, purchased Sichuan Jiuniu, a Chinese club based in Chengdu.  The company’s Chief Executive, Ferran Soriano, said “China is an extremely important football market, which we have been focused on for some time. We believe strongly in the future of football in China”.

Ferran and CFG are in good company. Their investment follows the lead of other top clubs, like Liverpool FC, who offer coaching and player training in Kunming through their international academy program, and Manchester United, who next year plan to open club-themed entertainment and experience centres throughout China.

Clearly China is a fast-growing market that is attractive to the big players. But it’s not just for Premier League clubs or even businesses that focus solely on football; opportunities abound throughout the sports sector. One example of a British SME that has broken into the market is the Cavendish Group. Cavendish has been operating in China since 2003, initially as a publisher of a bilingual magazine, and now as a host of conferences such as the International Capital Conference and Host City Asia. Ben Avison is their Editorial and Conference Director and first introduced a China-specific event in 2008 to coincide with the Olympic Games. “China’s sports and major events market is currently the fastest-growing in the world and [with] Beijing hosting the Winter Olympics in 2022, Beijing is the most important city in Asia right now”.

After initially engaging Chinese corporates by bringing them over to events hosted in the UK, Cavendish established a Chinese office to build a local team. Being a complex and rapidly developing country, they sought out experience on the ground. As Avison says, “strong personal relationships and respect for local structures are crucial and we have found our friends and colleagues in China to be extremely supportive in this regard.” This insight helped to establish Cavendish in China, which in turn has helped to raise its brand profile across the world more generally.

For British companies interested in China, there is an imperative to go but it’s not enough to simply survey the conditions on the ground. Foreign companies should recognise the need to be flexible and adapt to a very different market than at home. In many instances that means new products, in others, it’s about understanding how to market to local consumers.

You might be a big fish elsewhere, but in a pond of over 1 billion, you need to know how to differentiate yourself in the right way culturally

Future Lions is an international football academy that has been running programmes in Southern China for several years. Here in the UK, they use traditional social media channels like Instagram or Facebook to tailor messages to segmented populations but, after recognizing that the digital channels that they are familiar with have little or no reach in China, they embarked on learning about those that do. As Founder and CEO Ritchie Jeune says, “WeChat is effectively the be-all and end-all with our market space, somewhere where our existing knowledge was worthless.”

Part of localising is recognising the preeminent position of the government in China. There are benefits that come from local government support and from thinking about how to design services that can be seen as consistent with the aims of the national government in mind. In order to do that Ritchie and his team studied China’s 50-point football reform plan (published by the State Council in 2015) to better understand the state’s strategy for modernising football and how to better “build a long-term identity for Chinese football.”

For Future Lions, taking a long-term view has meant focusing on the grassroots development that is crucial to the reform plan. They have done this by hosting local events, sending coaches over to train unfamiliar PE teachers on how to teach the sport, and introducing football to students that previously may not have even kicked a ball. The goodwill and connections gained from supporting the government aims for wider engagement in football has led to a situation in which the government have been helpful to Future Lions.

This support has been crucial to entering the market commercially and ensures that Ritchie and his team are building a business that is responsive to local conditions and one that can grow and adapt as the country does. As Jeune says, “You might be a big fish elsewhere, but in a pond of over 1 billion, you need to know how to differentiate yourself in the right way culturally and believe in and understand your routes to market intensely.”