The threat of decreased revenue and footfall due to the Coronavirus has caused major concern for many cultural institutions in the UK and in China. This has caused many to re-think their strategy and offerings in response to the lockdown measures.

“The pandemic posed a particularly serious threat to China’s cultural institutions given the high number of private galleries in China,” explains Adam Knight of Tong Digital. However, China’s creative industries have been quick to adapt after having to close their doors by moving online – an initiative spearheaded by the central government but ultimately orchestrated by individual institutions themselves.

More than 1,300 Chinese museums commenced online engagement in the two weeks following the government’s call to action. Notable examples include virtual tours of Beijing’s Palace Museum and a 50-billion-pixel panoramic photograph of the Terracotta Warriors in Xian published online.

In Beijing, the UCCA – a prestigious museum and gallery – held an online concert series in partnership with Kuaishou. “At its peak, it attracted 150,000 viewers,” explains Christina You, the centre’s director of development.

During the pandemic, we doubled down our efforts to connect with audiences digitally

The UK’s cultural institutions have also adapted during Covid-19 using technology. “Even prior to the pandemic, the British Library had begun embracing technology to broaden its reach – including through the digitising of resources and live-streaming of cultural events to multiple partner libraries across the UK,” says Kai-Chuan Chapman, who is in charge of cultural and commercial partnerships with China at the British Library.

British Library Weibo posts show a video of Nobel Laureate Mo Yan’s visit to the Library, along with writers Su Tong and Yu Hua, to give Chinese followers a ‘virtual tour’  through these authors’ experience.

“During the pandemic, we doubled down our efforts to connect with audiences digitally,” adds Chapman. “For example, our International Nurses Day event, focusing on Florence Nightingale, was migrated to an online platform, and was thereby able to reach audiences around the world as a result.”

One of the challenges involved in online engagement is the segmentation of audiences across multiple platforms, particularly within China’s complex digital landscape. Christina You explains that every new move is dependent on the nature of the platform. “UCCA used this segmentation to its advantage in selecting Kuaishou as the partner for the online concerts, which allowed it to access more non-museum goers,” she says.

The surge of visitors that UCCA enjoyed (given this was its first show since the lockdown), serves as evidence of the success of employing more digital platforms this year. Similarly, Kai-Chuan Chapman explains the British Library’s keenness to use differentiated content across its digital platforms to serve the specific needs of each part of its audience in the future.

The surge of visitors that UCCA enjoyed serves as evidence of the success of employing more digital platforms this year.

Knight notes that there are three ways in which UK cultural institutions can get “China-ready”: virtually, by creating digital platforms that showcase collections, particularly Chinese works; physically, by using technology to enhance the physical visitor experience; and commercially, by launching online stores linked to an institution’s cultural offerings. Additionally, Kai-Chuan Chapman highlights the importance of developing a specific social media strategy for the China market. The British Library does so via its Chinese social media management team, which constantly monitors online trends in China and has staff dedicated to fine-tuning its WeChat and Weibo content. 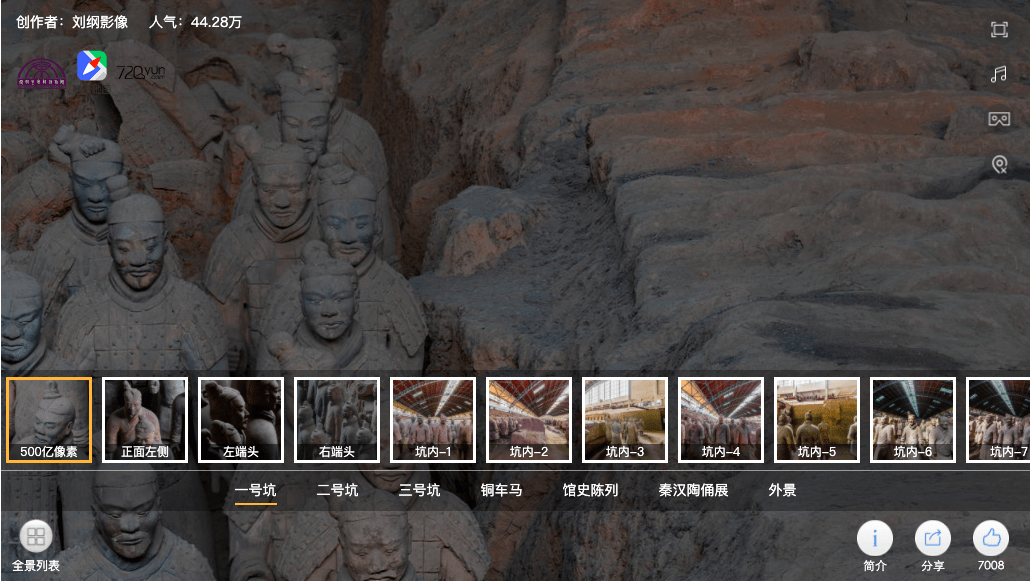 The Terracotta Warriors are now available in super high res

The digital and the physical are by no means distinct fields for cultural institutions, and since China’s galleries and museums have begun to reopen, the potential for online engagement to precipitate offline footfall has become clear. One such example is the #emptyUCCA campaign, during which UCCA allowed people to visit and take photos within the UCCA building for approximately one month before officially opening its first Beijing exhibition of the year. This helped to support its transition back to an offline visiting structure after lockdown.

Kai-Chuan Chapman notes that the potential for digital engagement to translate into physical engagement is observable in both directions, even prior to 2020 – stating that not only are major physical events often followed by a spike in online engagement but also that tickets for a physical British Library event that was to be attended by a Chinese artist sold out rapidly after being promoted using WeChat. The success of its online International Nurses’ Day event has led to an ambition for the British Library to create a hybrid online/offline strategy in the long term.

Digital engagement represents significant potential for cultural institutions to attract new audiences. Opportunities exist for both China- and UK-based cultural institutions in this respect. The British Library has leveraged its digital presence to connect audiences in China with British literary works and also to break into the relatively new market of Chinese citizens living in London, noting that 86% of the tickets for its event attended by a Chinese artist were sold to new audiences.

Both the British Library and UCCA have sought to use technology to engage with the next generation. According to Christina You, the increasing enthusiasm of Chinese parents to support their children’s interest in art has led to UCCA targeting younger audiences, whilst the British Library’s on-site learning team crafted creative online activities for children who were being home-schooled during the UK’s lockdown. Such activities – unrestricted by language barriers – signal the potential for technological engagement to attract new audiences in both China and the UK long into the future.