Colin Thubron on the value of the Amur River

The author of In Siberia and Shadow of the Silk Road is back with another brilliant portrait of Russia and China, this time using the Amur River as a jumping off point 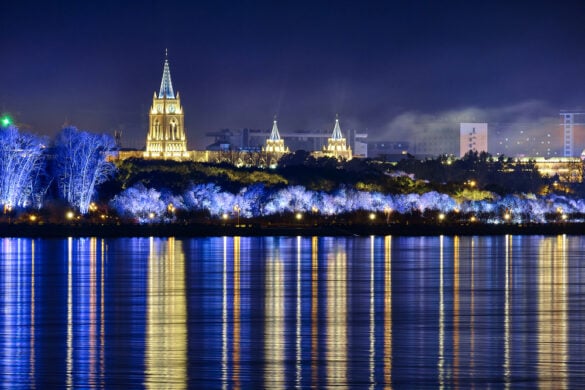 The Amur River, also known as the Heilong River, forms the border between Russia and China and has been a point of contention and exchange for hundreds – if not thousands – of years. A new book by Colin Thubron offers a unique traveller’s perspective on the present and future of a region where two of the world’s superpowers face each other

Colin Thubron has long been one of Britain’s most widely travelled, well read and prolific writers. His travels to Russia and China have been chronicled in Among the Russians, The Lost Heart of Asia, In Siberia, and Shadow of the Silk Road. The intersections of the two great nations have long been one of his main focuses and he felt the urge to revisit the region again.

In his 80th year, Thubron embarked on a 3,000-mile journey down the tenth-largest river in the world, straddling Mongolia, Russia and China, known as the Amur to the Russians, the Heilongjiang (or Black Dragon River) to the Chinese. Along the way, he converses with Chinese traders and Russian fishermen, monks and Mongolian herders. What he then offers in his beautifully written new book, The Amur River: Between Russia and China (Chatto & Windus), is a unique traveller’s perspective on the region where two of the world’s superpowers face each other. Paul French caught up with Thubron, now safely back home in London and about to release the paperback edition of the book.

The China-Russia border along the Amur River/Heilongjiang is just about China’s longest border. It’s got quite the contentious history too …

Over 230,000 square miles north of the river were forcibly annexed from the enfeebled Chinese Qing dynasty by Russia at the 1858 Treaty of Aigun. Since 2004, the borderline has been officially resolved (charting a middle course down the river), but the Chinese have never rescinded their definition of the treaty as ‘unequal’. The 19th century colonial acquisitions by Britain, France and others during China’s ‘century of humiliation’ have been returned, of course. Russia alone has not done so. The so-called ‘patriotic education base’ that I entered at Aihui, the site of the Aigun treaty (Russians are forbidden here), bluntly showcases the seizure of Chinese lands, along with the Russian massacre of some 6,000 Chinese civilians at Blagoveshchensk in 1900.

What do you think is the primary ‘strategic value’ of the Amur/Heliongjiang today to each nation?

The strategic value to both countries is largely economic: in particular, the purchase and transport of Russian timber, oil and gas. Until recently, the importance of the region to the Chinese was also as a market for their (mainly domestic) goods, selling to local Russians. But with the decline of the rouble against the yuan, this commerce has steeply declined.

Read Also
Does Hong Kong have a future as an aviation hub?

How has the economic rise of China across the river affected the Russian side?

Along a border whose entire length is insulated by barbed wire on the Russian side, the juxtaposition of Blagoveshchensk and Heihe affords a rare opening between the two powers.

Some 30 years ago, Heihe was a village. Now its population equals that of Blagoveshchensk’s 250,000. At first, the Russians viewed the rise of Heihe with some bitterness, imagining it was profiting unfairly from their trade. Since then, some Russians have sought employment in China; but most look at the rise of their neighbour with repressed resentment. They acknowledge that the Chinese are hard-working, but feel they can’t be trusted.

Some ten years ago, the Russians were swarming across the river to buy Chinese goods, and a few Russian businessmen momentarily did well. Chinese entrepreneurs, in turn, bought up property and businesses in Blagoveshchensk, and Chinese farming initiatives on the Russian side of the Amur increased. But now the imbalance between the two nations has turned this into a false dawn, and the recent opening of the first cross-border bridge over the Amur is unlikely to usher in major change.

Do you think Russian resentments can be assuaged and a positive relationship built up?

It is hard to see how Russian resentment of the Chinese can be assuaged, unless by gradual familiarity. No two cultures could be more different. On the ground, there is very little mingling. Chinese have co-opted Russians to officially own stalls on their behalf in the markets of Blagoveshchensk and Khabarovsk, to circumvent Russian legislation against Chinese ownership. But this is limited business (and is starting to pass to Central Asians). In general, the Chinese workers keep to themselves and live together when on the Russian side. There is little intermarriage (and of the little there is, mainly between Russian women and Chinese men.)

The rumours of Chinese infiltration into Russia, which reached their height some 20 years ago, especially in the local press, are still common. The imagined numbers of Chinese settlers in the region are hugely inflated (recent estimates place them at a modest 30,000), but they stoke an underlying fear. 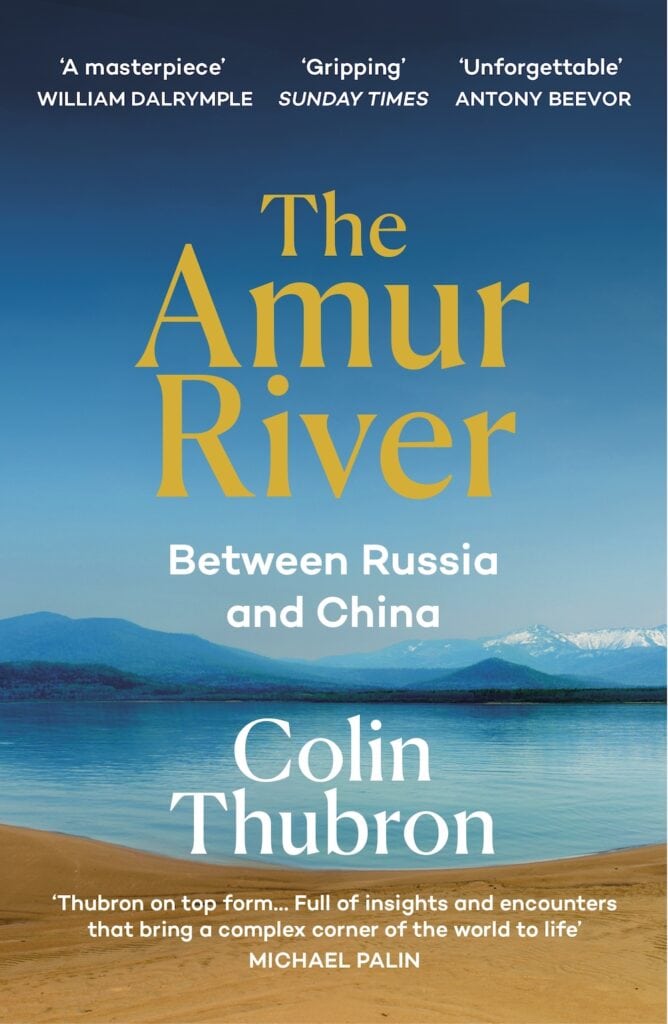 What is the ecological state of the Amur/Heilongjiang at the moment?

The main fear of the local population is flooding. Reports of extreme flooding date back to the 19th century, but the danger has increased. Floods in 2013 inundated many riverside villages and dachas. The Russians are characteristically stoical about this, but it adds to a general sense of things deteriorating.

Pollution starts far upriver through Russian and even Mongolian (sometimes illicit) gold mining, but reaches its most intense where the rivers of north China enter the mainstream. Ironically, the decline of Russian industry has helped cleanse the Amur, but the rise of Chinese industry has more than offset this. A notorious, 50-mile slick of toxic benzene moved down the Songhua River in 2005 and affected towns as far away as Khabarovsk. And the high levels of chemicals routinely used in Chinese farming leak into the waterways.

What is it about these two countries that draws you back to write about them again and again?

Throughout my childhood and far beyond, it was the Soviet Union that I was conditioned to fear, with the Red Peril of China looming behind. But I wanted to understand these two bogeymen, as if to pacify them. I wanted to populate the map with live encounters.

There are those heart-warming moments, of course, when you experience a human commonality across the divide; but also there’s the fascination of difference, without which there’d be no point in travelling.

I feel drawn back to Russia and China in part because of their difficulty, their challenge. This gives experience there a particular value that is for me not specifically political or economic. It stems rather from the practice of travel writing: to convey the feel and smell of another country and try to express its emotional resonance.

What trends can we expect to see on Singles’ Day 2022?