Closing down a WFOE in 11 steps 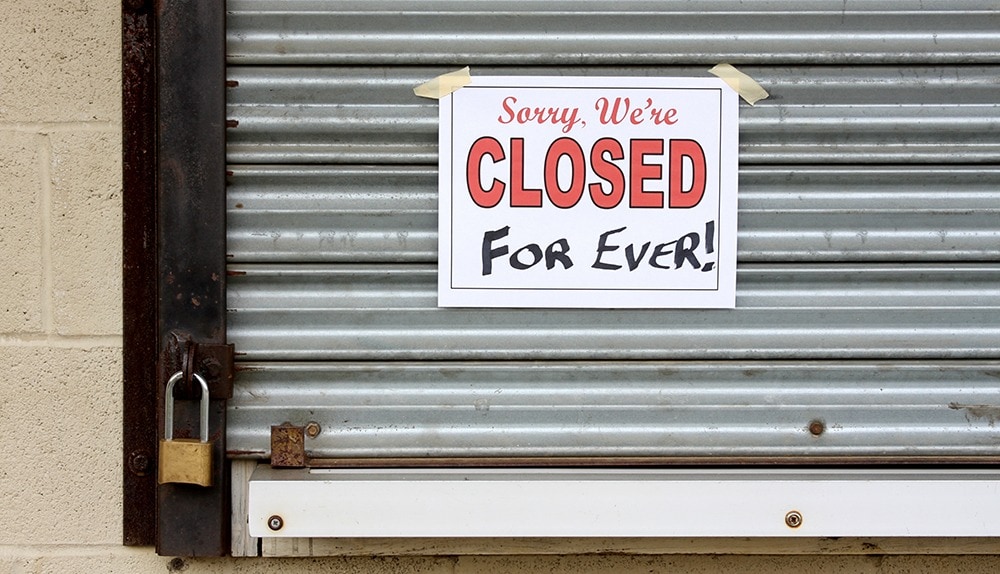 Overlooking the more obvious consequences that closing a company may entail in terms of staffing and strategy, problems may arise when not all company owners officially close down operations, leaving their business dormant for years. Not producing revenue does not make the company invisible to the Chinese financial bodies, which still view quiescent companies as active entities.

As a result, not communicating the shutdown of operations may have serious consequences – both for the company and its legal representatives. Companies’ reputations may be put in jeopardy as the business will be fined between RMB 2,000 to RMB 10,000 per year and blacklisted, thus making it extremely difficult to carry out deregistration later on.

Besides, legal representatives may face difficulties in carrying out ordinary banking transactions, starting another business or even moving out of the country.

The following 11 steps show how a WFOE should carry out its closing procedure:

1. Form a liquidation committee and prepare an internal plan

The first step when closing a WFOE is to form a liquidation committee, which generally consists of any three or more people designated by the shareholders.

The committee formulates and implements an internal liquidation plan for assets and creditors, for the termination of employee’s contracts, and the conclusion of the lease. Later in the liquidation process, the committee will be responsible for notifying the creditors of the business closure, preparing the liquidation report to submit to the authorities, and other administrative tasks.

At this stage, the liquidation committee should also begin selling the company’s assets and – in the following order – pay liquidation expenses, any outstanding employee salaries or social security payments, tax liabilities, and then any other debt owed by the WFOE.

The company can start liquidating creditors only after the first step’s liquidation plan has been approved by the board of shareholders. After it has settled all debts, the liquidation committee can distribute the remaining returns among the shareholders. If the company’s assets are unable to settle the debts, it will need to file a bankruptcy declaration with the court.

3. File a record with the State Administration for Market Regulation

The company will then submit a statement to a provincial- or state-level newspaper and the newspaper should inform creditors of the business closure and ask them to declare their claim.

Creditors then have 45 days to handle unpaid accounts, and not until this period has passed can the company proceed to the next step.

5. File a record with the Ministry of Commerce

In theory, all employee contracts can be terminated if the company decides to shut down, but in practice, several issues may delay the process. Local bureaus may at times impose their own labour restrictions on companies, or – in case employees are eligible for workplace injury compensation – the HR bureau may request that an injury assessment is completed after the injury has stabilised.

Thus, businesses should begin terminating employee contracts as early as possible. Companies should calculate their termination fees and ensure that employees in key positions return important property, such as company chops, financial statements, financial books, key passwords, and computers before they depart.

The tax de-registration process will usually take around four to eight months, during which time the tax authority will collect a series of relevant documents such as the signed board resolution, evidence of lease termination, and three years of tax filing records. After the company settles all tax liabilities, it will be allowed to deregister from its value-added tax (VAT) corporate income tax, individual income tax and stamp duty obligations.

Businesses that have been operating for more than one year will then be required to complete an audit, which, along with unissued invoices, VAT invoices, and equipment, can then be brought to the tax bureau for review.

If the review is successful, the tax clearance certificate will be issued, in which case the business will have successfully deregistered from all its tax obligations.

To obtain the SAMR de-registration, the liquidation committee must submit the liquidation report, together with the shareholder’s resolution report. The latter should confirm the amount of money that is left in the company, the completion of tax clearances, the termination of all employee contracts, and that all creditor claims have been settled.

After this step, the company will obtain a SAMR de-registration notice, and will no longer exist as a legal entity.

9. Deregister with other departments

Where relevant, the business must also deregister at the State Administration of Foreign Exchange (SAFE); at the Social Insurance Bureau, and at the Customs Bureau. It should also cancel its licenses, such as production licenses, food distribution licenses, and submit a de-registration for systems, applications and products (SAP).

Most WFOES will have at least three different company bank accounts. The RMB basic account must always be the final account to close as it is the WFOE’s primary account and is most closely monitored by China. The capital and general account will typically be the first accounts to be closed.