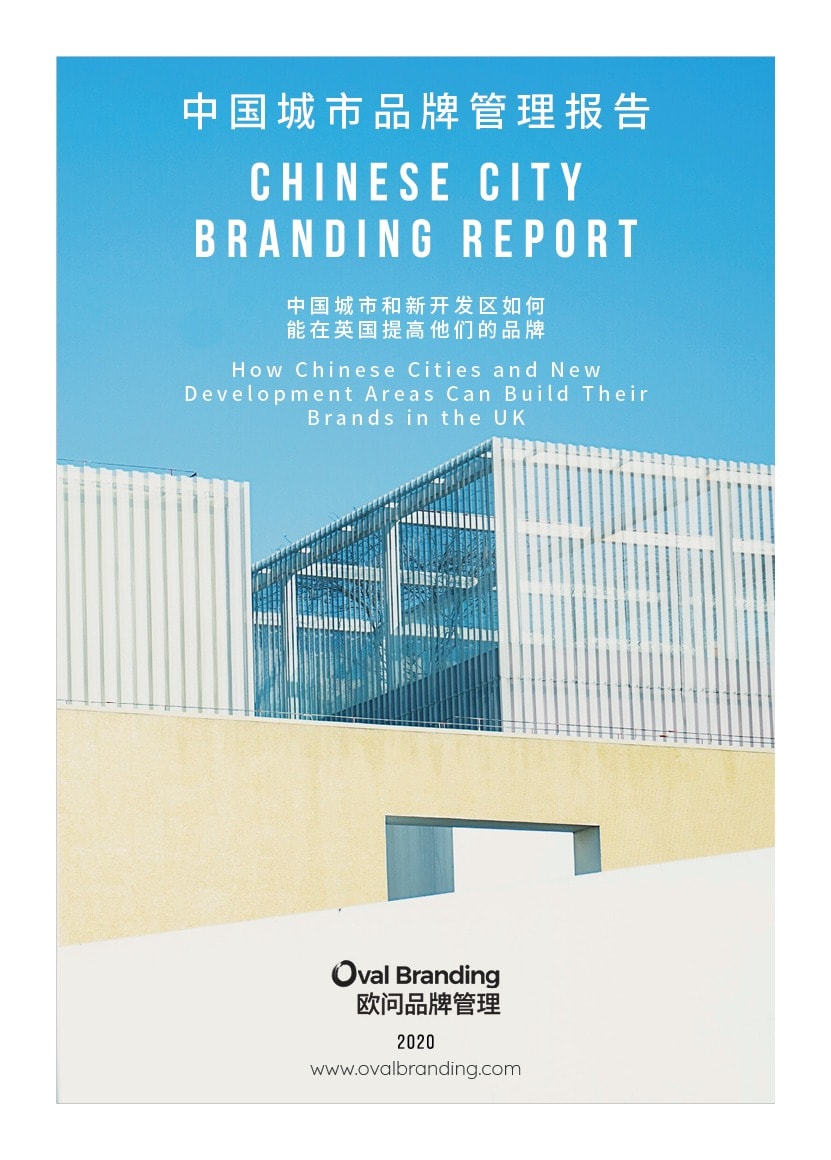 How many Chinese cities can you name? Outside of the most famous, established cities like Beijing, Shanghai and Hong Kong, the Chinese city with the highest brand awareness level is Shenzhen at 93 percent, according to a recent Chinese City Branding Report by Oval Branding. The success of Shenzhen is in large part due to its status as a Special Economic Zone and its global reputation as the ‘Hardware Silicon Valley’ where everyone’s iPhone and Huawei phones are made. For less well-known Chinese cities, there is still room for improvement to raise their level of brand awareness and perception among UK business people.

China’s national brand value is quickly on the rise, ranking second globally in 2019 with a brand value of $20 trillion behind America’s national brand at $27.8 trillion, according to Brand Finance 2019. The profile of China as a destination for international investment and collaboration has increased substantially over the past few years. At the same time, foreign investment is not distributed evenly and there is a high level of competition between different Chinese cities and regions.

Under the macro environment of favourable government initiatives and the nation’s substantial economic power, Chinese cities and new development areas are also looking to promote their international brand awareness and reputation around the world, with many sending regional government delegates to London.

Russ Shaw, founder of the Tech London Advocates and Global Tech Advocates confirms that this is a key time for Chinese regions to step up their efforts: “Key stakeholders from Chinese cities and new developments need to be engaging with the UK’s collective of ambitious entrepreneurs, investors, thought leaders and accelerators to galvanise a positive message for the growth potential of China and the core destinations to land in.”

The efforts these regional representatives make in the early 2020s to establish a differentiated international reputation and credentials for their area of China are likely to pay dividends for years to come.

Oval Branding, a London-based cross-border branding agency, conducted its first Chinese City Branding Report 2020, which shows a significant disparity between the newer Chinese cities vying for international recognition and investment. Among UK based businesses which are already working with China, or have plans to in the next 12 months, the research found that Shenzhen has the highest level of brand recognition at 93 percent, while Wuxi scored only 50 percent.

The most significant factors to influence investment decisions were found to be the cost of doing business and the buying power of potential customers. These two factors were equally rated highest at 69 percent, reflecting the desire of UK and other Western companies to do business as cheaply as possible and to maximise the return on their investment in China. The report also includes survey results on the preferred media channels, social media platforms and marketing channels of the UK business audience.

The survey was carried out with 30 UK business leaders to discover their awareness of eight of China’s fastest growing cities and five designated development areas. 75 percent of all respondents had visited China at least once, and 43 percent had visited China over ten times. In addition to an online survey, five senior business leaders were interviewed to gain deeper insight.

For the UK business community, the traditional marketing strategy for raising brand awareness of Chinese places by the Chinese government has been hosting one-off events to introduce the city or new development area. This reflects a time lag in updating marketing strategies to reflect the needs of an increasingly digitalised world that requires instant information access; one-off events by a group of Chinese delegates is just how things have traditionally been done. These visits are often focused on London, so they tend to suffer from not reaching UK audiences outside London.

The report’s analysis supports a number of recommendations for ways in which Chinese cities and regions can adapt their branding strategies for maximum effect. These include the ‘Five Steps To Build Place Brand Value’:

Place branding can help the target audience gain knowledge and ultimately lead to visiting, investing in or working with businesses in a particular Chinese city or region. The challenge for Chinese cities, development areas and other places to build their brands internationally is pressing and Chinese regional marketers must adapt their strategies quickly if they are to survive in this competitive market.

Kaitlin Zhang is the founder and CEO of Oval Branding.