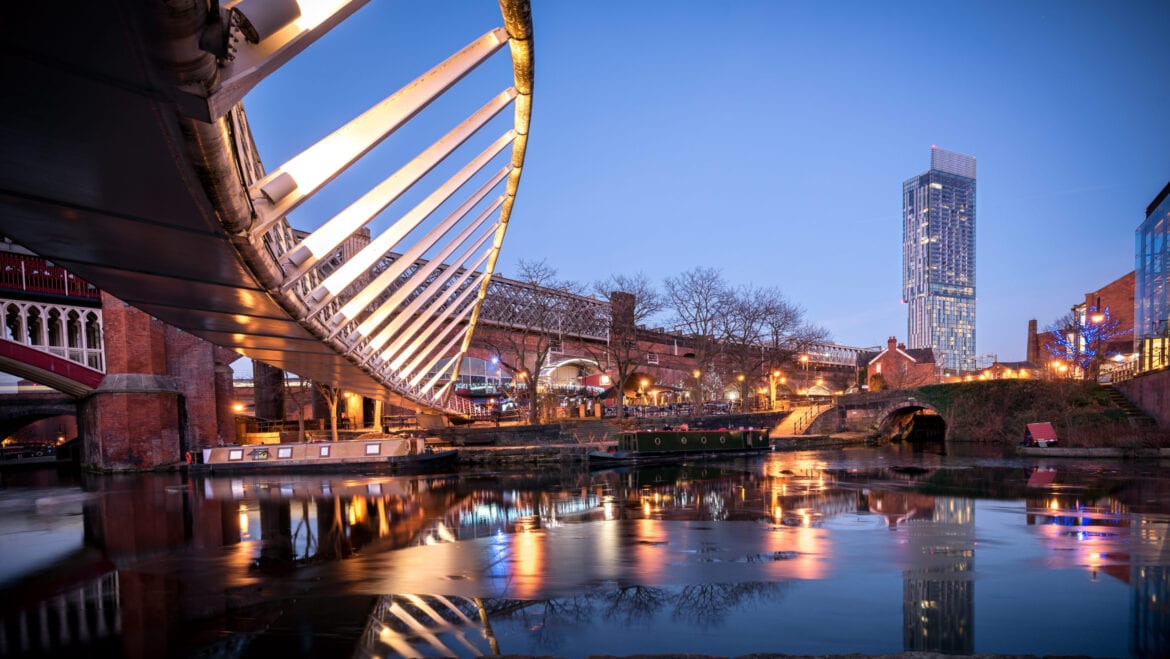 With Manchester one of the more prosperous cities in the north of England, there is much to be gained as it links with Chinese markets, writes Tom Pattinson

To date, there is an enduring sense that there is significant disparity in government expenditure between the north and south of England. Whilst some argue that there are similar levels of public spending between the two, a recent report from the Centre for Cities think tank shows that cuts to public spending have hit the north hardest. In terms of economic growth, there is little doubt that there is significant variation, however. As an example, between 2004 and 2015, for every 12 jobs created in southern cities, only one was created in other regions.

It is against this backdrop that the UK government launched its Northern Powerhouse scheme in 2016, which aims to correct this imbalance by improving infrastructure, education and business opportunities in the north of England. However, it was believed that a sea change of this scale could not be enacted through domestic investment alone. This is where the role of Chinese funding, courted through successive ministerial visits between the two countries, came into play.

The greatest success story of Chinese investment in the Northern Powerhouse is arguably Manchester. Since the creation of the Manchester China Forum in 2013 by then Chancellor of the Exchequer, George Osborne, the city has done its utmost to attract attention from Chinese investors and tourists, and its efforts have paid off.

Its most recent achievement was the creation of a direct flight route between Manchester and Beijing in June 2016, which has seen the volume of passengers travelling between the cities increase by 80 percent in just two years. In fact, of all the routes that have operated between the UK and China for a year or more, the Manchester-Beijing route has undergone the fastest growth, carrying around 175,000 passengers in its second year. The route has also enabled an increase in exports from the airport itself, with Manchester’s share of UK exports to China increasing from 5.7 percent to 11.5 percent since its inauguration.

An obvious beneficiary of such a development is Manchester’s tourist industry. For the past 12 months, although Chinese tourists have spent a total of £198 million in destinations across the world, their average spend per trip has been flat-lining. Yet against this backdrop, the North West has seen a 94 percent increase in spend per trip over the same period, revitalising parts of the local economy and bringing new customers to shops, restaurants and attractions across the region. Indeed, a total tourist spend of £260 million, a goal originally envisaged for 2026, has been reached in just two years. Manchester’s recent success can be attributed to its canny marketing: look no further than its dedicated guide to local attractions and eateries available for download from WeChat, a sure sign that Chinese visitors specifically play a key role in the city’s development strategy.

Regeneration was certainly the first wave of major Chinese investment into the region, however, as China seeks to move up the value chain, it is now in the innovation and high-tech space

“We take a holistic view of the relationship and engagement with Mainland China – not just the commercial relationship but the cultural, educational, social and, importantly, political elements too,” says Rhys Whalley, Executive Director, Manchester China Forum. “We’ve seen significant growth in the last few years of both interest levels and investment. To date that has largely manifested in regeneration and development, with over £7 billion of gross development value,” he says.

“Investment in Middlewood locks has a gross development value of a billion pounds, and they have also secured high-end residential projects in Wirral called Lexington,” says Whalley. “Landing in one part of Northern Powerhouse leads into growth and expansion into other areas,” he points out.

Since 2016, the Beijing Construction Engineering Group (BCEG) alone has poured £2.6 billion worth of projects into the region, including £1 billion for the proposed development of Airport City – a mixed-use space comprising offices, retail and leisure opportunities. A joint venture between BCGE, what was Carillion, and the Manchester pension fund separated it into accommodation clusters dubbed “Shenzhen Gardens” and “Wuhan Square”, a clear indicator of who the developers have in mind as potential backers for the project. BCGE, who recently won the Chinese Investor in the UK award at the British Business Awards, has also invested elsewhere in region and grown from two or three staff four years ago to over 90 people today.

Clare Bailey, Associate Director of Commercial Research at the global real estate services provider Savills, believes that the development of Airport City exemplifies the potential for joint ventures to attract Chinese companies to the region. Not only can China play a significant role in the development of Greater Manchester, she argues, but it is also central to the Northern Powerhouse initiative in general. “Since its launch in 2013, the Manchester China Forum has driven forward the city’s engagement with China, including a surge in inward investment, improved connectivity, and the visit of President Xi Jinping. Chinese investors are now involved in over £3 billion of development across the city.”

By all accounts, this is just the beginning for the city’s Chinese strategy. In 2017, the Manchester China Forum launched the third edition of its investment portfolio, which represents a concerted effort to attract Chinese funding to the region. According to the Forum, among the city’s attractions are its robust economy, which shows the ninth best performance in Europe, its £7.7 billion manufacturing industry, and its 40 percent lower cost for business administration when compared with London. What’s more, the council plans to build 220,000 new homes and create 100,000 jobs in the Greater Manchester region by 2040, and Chinese investment will be crucial to this bid for growth.

Regeneration was certainly the first wave of major Chinese investment in to the region, and one that will no doubt continue. However, a trend that is reflected nationally and internationally as China seeks to move up the value chain and secure more strategic and sophisticated investment is in the innovation and high-tech space.

“We are seeing that in mergers, acquisitions, partnerships and strategic investments into smaller start-ups and SMEs by some of the major Chinese players who are viewing Manchester and the Northern Powerhouse as a key next stage of growth outside of the capital,” says Whalley.

The Northern Powerhouse is a vision championed by former Prime Minister David Cameron and his Chancellor George Osbourne, and there has been reflection and questions asked as to whether there is still the same level of buy in and political good will for the progression of the Northern Powerhouse agenda. “Much of the noise around that probably reached a natural point of transition, where local government leaders could take ownership and translate beyond the branding exercise and into practical terms of what that looks like,” says Whalley.

He points out that at the heart of the Northern Powerhouse was the vision to get further much-need investment into infrastructure in the region. “If you compare per capita levels of investment in the north compared to the capital it is behind,” says Whalley. “It suffered from underinvestment for long periods; we need to up our game in terms of investment and it’s about how we bring these cities closer together,” says Whalley. “How to reap rewards in the same way Chinese cities have over the last ten years since the Chinese government has pushed investment in infrastructure.”

Although the pace of approvals and the different types of governmental policies between the two countries mean partnerships are essential, the Chinese expertise in urban infrastructure provides a great opportunity for Chinese partners to get involved in that vision.

There are over 30,000 Chinese people living in the city

Chinese investors involved in >£6bn of development across Greater Manchester

Read more about China’s investment into the Leeds City Region

Read more about China’s investment into the North West

Read more about China’s investment into the North East