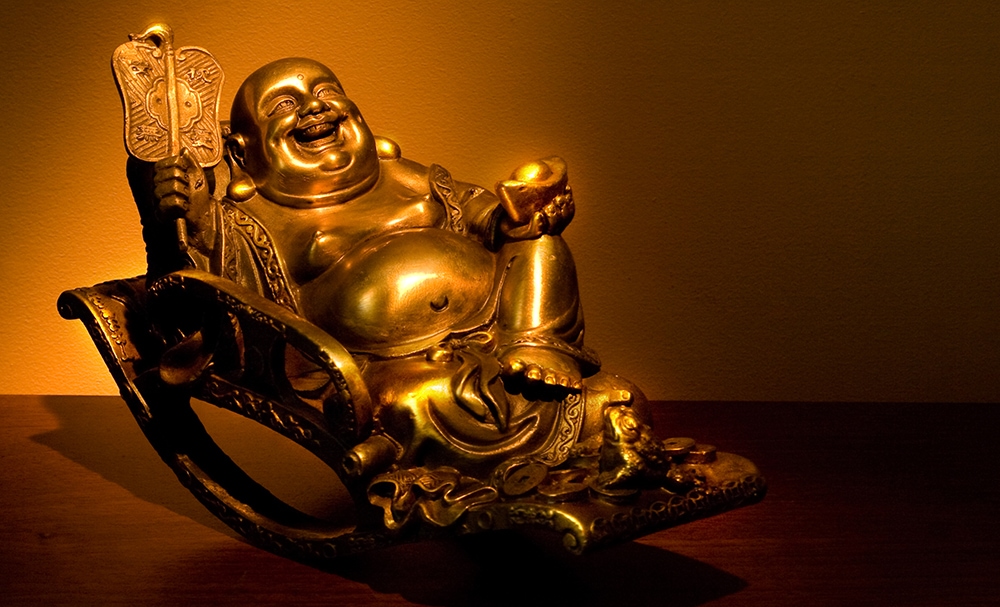 Last month Moody’s downgraded China’s rating for the first time in nearly three decades from A1 to Aa3. The reason cited was the country’s rapidly growing debt that has formed due to major bank loans and government subsidies that has helped China’s growth to rumble along at similar rates to previous years. Stable growth is a key priority of Beijing.

But another concern is the amount of money tied up in China’s Wealth Management Products (WMPs). At the end of March this year, outstanding products issued by banks stood at RMB 29.1 trillion ($4.2 trillion), according to the China Banking Regulatory Commission (CBRC) – triple that of three years ago.

Asset-management products, including those held off balance sheets, totalled RMB 60 trillion ($8.7 trillion) as of last year – more than three-quarters of China’s 2017 GDP.

Wealth Management Products are usually held for a short duration – between one and six months – and guarantee much higher returns than a savings account.

They have become popular in China with private investors who have surplus cash because of their high yield. Most WMPs offer a minimum of an 8 per cent return compared to the one-year deposit rate of 1.5 per cent offered by savings banks.

It is not just private investors who are pumping money into the WMPs; companies are doing the same.  According to data from Wind Financial Information, $110 billion of cash was put into financial products by corporates last year. According to the Financial Times, companies choosing to invest in short-term investments rather than building their businesses could be a sign of economic slowdown or a lack of confidence in the economy.

Compared to other countries, the range and diversity of WMPs in China is very limited. Most WMPs are issued by banks and are linked to China’s stock market or property and construction industry.

The property and construction markets have continued to grow and yield good results, partly because they have benefited from government support and stimulus spending.

Also state-run banks (and, therefore, ultimately the government) have fostered a belief that they will bail out WMP clients if the returns aren’t as expected.

For example, a high-yield product called Credit Equals Gold No 1 was distributed through China’s biggest lender, the Industrial and Commercial Bank of China (ICBC). It invested in a coal mine that collapsed in 2012. After initially declining to bail out the product, ICBC reversed course when investors protested outside a Shanghai branch of the bank. Investors now believe that the government, via the banks, will stop WMPs from crashing.

These bailouts help create more bad debt but is probably necessary to stop any panic sale that could lead to a liquidity crunch. Further compounding the threat is that WMPs often invest in each other, leading to a potential chain reaction in the event of a default. The risk is all with the banks and not with the clients.

The boom in WMPs is now slowing as regulators scrutinise these products. The chairman of the CBRC, Guo Shuqing, said that regulators, including the central bank, will draft rules to plug loopholes in regulations for cross-market financial products such as WMPs.

Future products, say regulators, must have clear disclaimers, stating that products can go down as well as up, and financial institutions will be required to set aside 10 per cent of their management fees as reserves for potential losses. Although contingence funds send out mixed messages, giving customers further confidence that their money is safe no matter what.

Regulators understand that they are under pressure to find a solution to this problem and one British organisation is helping with this process. The Chartered Institute for Securities & Investment (CISI) will be launching an examination programme in Qingdao this month. Financial services professionals will be able to take the CISI examinations, which should help to lift the standard of the banks and service providers.

The Asset Management Association of China (AMAC) is thought to have over 2,000 WMP suppliers on their books but the increase in regulations should help weed out the loss-leaders and enable a number of industry leaders to rise up to dominate the market.

Established WMP suppliers Haitong Securities and GF Fund Management are likely to be among them. These two companies have also set up in the UK, looking for more products to offer outside of China.

The limited WMPs offerings in China mean that investors are increasingly looking abroad to find products – and the UK is a prime target.

“The UK is also a target for Chinese [high net worth] clients who are looking to diversify their portfolios. It is regarded as having a very stable financial environment,” says Juliet Zhou, CBBC’s financial services lead.

“The UK has a robust regulatory system, and there are more products to choose from,” she says. “The UK offers long-term, steady returns for investors.”

Chinese banks with branches in the UK do have wealth management divisions ready to launch but complex financial regulations on moving funds from China, and a limited client base means that they have yet to launch.

Last year, Chinese wealth manager Noah Holdings Ltd became the first Chinese wealth management company to obtain a license to offer trusts to wealthy Chinese investors from the offshore island of Jersey. This will help them diversify both their currency holdings and the investment portfolios.

“We have talked to our clients who said global asset allocation was a must for them and the most important reason was that they hoped to diversify risks,” says Kenny Lam, group president at Noah.

Diversifying risk and adding variety to their portfolio also makes the UK a target for Chinese investors. “Britain has a lot of attractive tech companies, whether it’s bio-tech, fintech or other advanced engineering types of companies and they are amongst the favourites for Chinese investors” says CBBC’s Zhou. “The UK also has a good environment for start-ups, and British wealth management companies have a lot of experience working together with them.”

“Britain is also leading the way on block-chain technology, which will be the next gold rush. Tech means future and future means higher-growth,” she says.

As well as tech investments, UK property is another target area for Chinese high net worth individuals.

Zhong Lun Law Firm is one of the three largest international Chinese law firms that helps both British businesses looking to enter the Chinese market and Chinese individuals and companies looking to invest in the UK.

“We have witnessed a surge in property purchases since Brexit due to the instant 20 per cent drop in the pound,” says Xue Haibin Managing Partner at the London office of Zhong Lun. In the week before this interview, Xue says Zhong Lun exchanged on 60 property transactions. 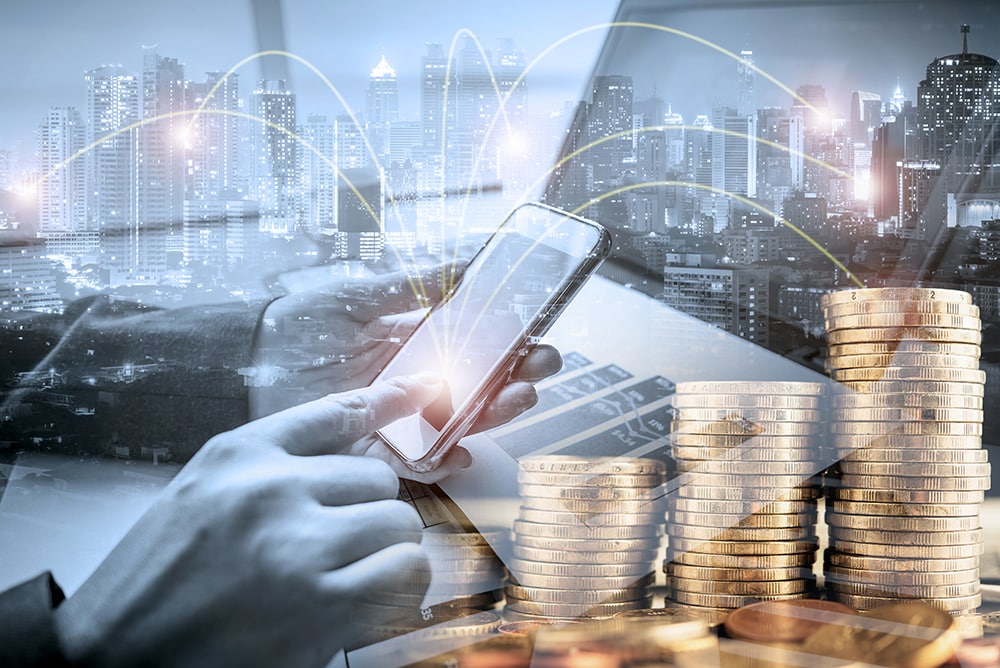 Individuals are only allowed to take out $50,000 per year from China. However, according to Xue, most investors have money overseas already from trading and international business transactions. Those that don’t, can save up or ask friends to use their allowance.

For those able to invest £2 million, they are eligible for a Tier 1 (investor) Visa, which entitles them to a residency permit.

Chinese investors have experienced long periods of high returns for relatively low risk products, something that the low interest rate environment of the UK will not provide for them. However, the highly regulated and transparent market combined with the ability to hold foreign assets is still very attractive to them.

He explains that many Chinese investors chose to invest in the relative safety of UK government and company bonds, which are also acceptable investments for Tier 1 Visa applicants.

“Given UK government bonds have not been doing particularly well over the past year, clients have expressed greater interest in a more diversified portfolio, and have started investing in a small way in equities for capital growth and income,” he explains. “As they have become more comfortable with our style of management, we have seen them adding more risk and investing in company shares.”

Whereas the Chinese wealth management industry is very much driven by products, UK companies like Quilter Cheviot focus on providing a more tailored portfolio service.

“The most popular asset class for Chinese investors moving to the UK is direct property and, for the wealthier investors, trophy assets such as golf courses, large properties and commercial real estate remain attractive,” says Olliff. “Business acquisitions are still happening, but mainly related to client’s business in China, mostly industry and technology driven. Smaller scale private equity and start-up incubator investments are quite popular as well.”

The most popular asset class for Chinese investors moving to the UK is direct property and, for the wealthier investors, trophy assets such as golf courses

Chinese investors will soon be able to invest directly on to the London stock exchange. Following the successful launch in 2014 of the Shanghai-Hong Kong stock connect, chancellor Philip Hammond has given the green light to a Shanghai-London stock connect. This will allow Chinese investors to trade London-listed stock after the London market closes.

Also this year has seen the launch of the UK-China “FinTech Bridge”, aimed at strengthening regulatory cooperation and boosting reciprocal market access for both UK and Chinese FinTech start-ups.

Andrew Bailey, chief executive of the Financial Conduct Authority says the bridge “will allow us to share information about financial services innovations in our respective markets, including emerging trends and regulatory issues.

“We hope that by strengthening links between the regulators, barriers to entry will be reduced and innovation encouraged in both countries’ financial services sectors,” he says.

As China eases its restrictions and implements regulations to raise its financial services sector to international standards, it will lead to a lot more opportunities to work with and in Britain.

“We will certainly see more collaborations between the UK and China,” says CBBC’s Zhou. The easiest way for Chinese companies to grow, she says, is to acquire British asset management companies rather than trying to grow organically. In April, Chinese firm Hywin Financial Holding Group did acquire UK wealth manager Azure Wealth.

One of the key messages for Chinese investors though will be that investments in the UK are stable, secure and liquid. The sky-high returns recently found in China aren’t as likely and British wealth management companies, the banks and the government won’t be taking that risk on for them. But diversifying their holdings, expanding their foreign assets and investing in innovation in a secure regulated environment is clearly appealing to many.