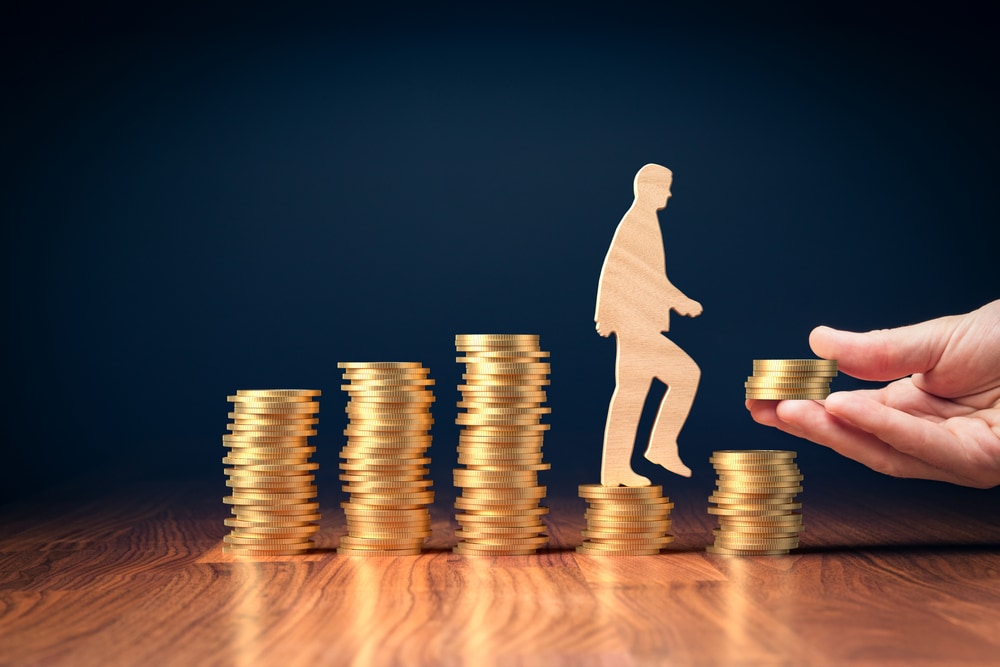 Ever since the Chinese government declared financial risk and soaring debt a key threat to the country’s stability in 2016, the country’s leaders have been reluctant to use large-scale monetary stimuli to shore up the slowing economy. Even the severe hit from the Covid-19 pandemic in 2020 did little to change this attitude.

Yet weak economic data in the second half of 2021 could change Beijing’s calculus and convince them that its supply-side focus on lower taxes and social insurance contributions won’t be enough to deliver the hoped-for growth in 2022.

But while more spending on traditional infrastructure and housing will probably pick up in the coming months, the key focus of Chinese policymakers – who recently gathered for the annual Two Sessions – will probably be more forward-looking. Chinese leaders have already indicated that future government investments will concentrate on what they call ‘new infrastructure’ – referring to advanced technologies such as 5G, AI, and green energy.

Although investing more in new base stations and wind farms will not necessarily help deliver economic growth in the short term, it could cement China’s position as a global leader in the next wave of technological innovation – making it an even more important market for UK companies and investors.

Weak growth figures in the last quarter and the impact from a struggling real estate sector could finally force Chinese leaders to open the monetary faucets again. Houze Song – an economist and fellow at MacroPolo, the Paulson Institute’s think tank – reckons that the government could use a short but strong stimulus in the first quarter to stabilise the economy ahead of this year’s 20th Party Congress in the autumn.

Growth estimates by local governments also support this expectation. According to provincial work reports, Chinese provinces are forecasting an average growth of 6.3% this year. This is not only 1% down from the 2021 targets, but is 2% lower than last year’s actual growth. The common growth target for 2022 is 5.5% with eight out of 31 provinces, including Shanghai and Guangdong, aiming for it. Last year, the most common goal was 6%, in line with the national growth target.

Read Also
What is in the Two Sessions 2022 Government Work Report?

The weaker forecast notwithstanding, many provinces will struggle to achieve their targets without considerable government support. Infrastructure spending and real estate sales have declined sharply over the last year in particular, with prices of new homes dropping for five consecutive months. According to official Chinese data, fixed asset investment in infrastructure has markedly slowed, while the annual growth of investment in fixed assets was down to 2.7% in 2020 from over 20% ten years earlier.

In particular, micro and small enterprises (MSEs) have suffered from the slowdown in domestic investment. According to a report by the Center for Enterprise Research at Peking University, in the fourth quarter of 2021, only 30.6% of MSEs reached pre-pandemic turnover levels. What’s more, the average turnover has continued to decline, dropping to RMB 129,000 in the fourth quarter, down from RMB 131,000 in the previous quarter.

The weakness of MSEs is especially worrying as they are a key pillar of China’s economy. In 2019, they provided nearly 80% of non-government employment, according to the National Bureau of Statistics. They are also an important source of local tax income, especially in regions outside major manufacturing hubs. 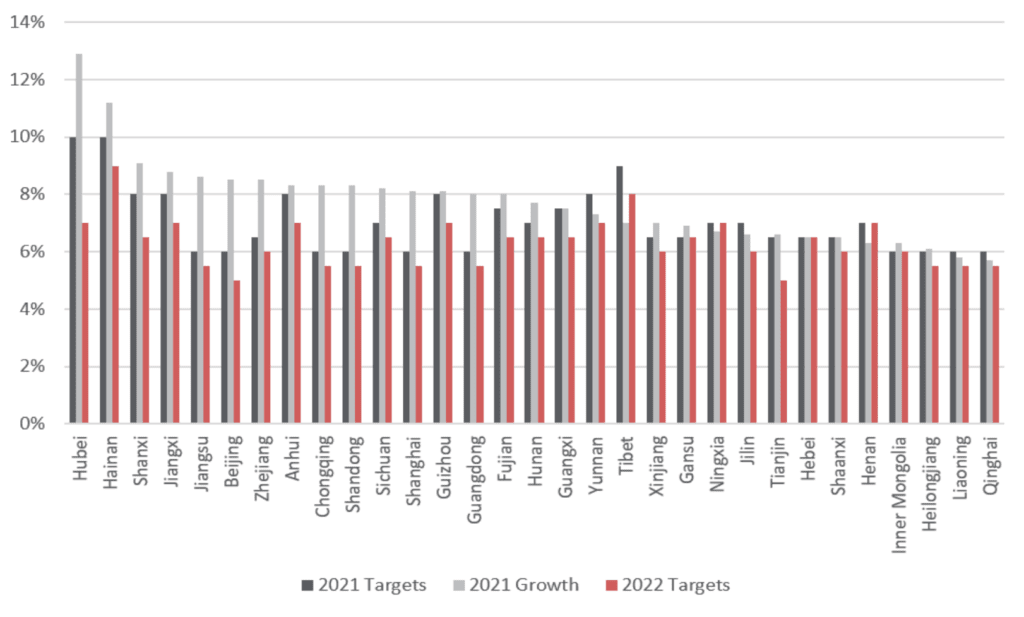 Provincial Growth Targets and Growth in 2021 and 2022 (Caixin, Tianjin Daily)

From fiscal to monetary stimulus?

So far, the Chinese government has been reluctant to increase large-scale spending out of fear of fuelling local debt. The latest quarterly People’s Bank of China (PBoC) report highlights these concerns, calling only for a ‘reasonable’ increase in money and credit supply, while also improving financial risk measures. As result, policymakers have focused on fiscal stimuli and supply-side measures, using tax cuts and fee reductions to boost spending.

Yet there is one area where the Chinese government clearly wants to spend more – and that is ‘new infrastructure’. The term refers to advanced technology installations such as 5G telecommunications networks, renewable energy, and NEV charging stations. In total, China’s central planners want to spend up to RMB 17.5 trillion (£2.5 trillion) between 2020 and 2025.

Speeding up some of the spending is clearly on the agenda. Local governments have already announced that they are planning to build 425,000 new 5G base stations this year alone, adding to the 961,000 already installed. Other more traditional projects like railways, airports and highways have also been fast-tracked.

Read Also
What is the minimum wage in China in 2022?

More infrastructure spending is driven – first and foremost – by concerns about China’s sluggish economy and the fallout of the struggling property sector. It also appears to be aimed at ensuring that growth figures are sufficiently positive ahead of the crucial Party Congress in the autumn.

Yet the most important consequences of China’s fast-tracked investment in new technologies will take time to materialise. Introducing new technologies such as 5G, renewable energy, and a nationwide charging network for NEVs will offer a whole range of new business opportunities and could spark entire novel industries. Yet this doesn’t happen overnight and will require time to develop.

Beijing’s short-term focus on economic stability could therefore have an impact that goes far beyond this year’s political calendar and accelerate the country’s transformation into one of the world’s leaders in next-gen technologies.