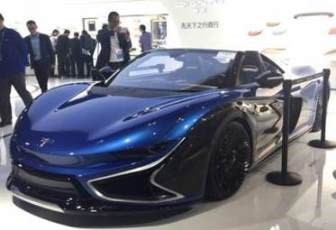 The development of New Energy Vehicles (NEVs) has picked up speed following the announcement from a number of countries that the sale of traditional ICE (Internal Combustion Engine) vehicles will be phased out over the next couple of decades. The UK and France announced in July 2017 that the sale of new diesel and petrol cars will be banned from 2040, and that diesel and petrol vehicles will be taken off the road altogether by 2035; with cleaner electric or hybrid vehicles taking their place. India and Norway quickly followed suit with an even earlier date set for 2030.

China is expected to announce a similar ban but exactly when remains to be seen. Many believe that the Chinese government is waiting until its domestic manufacturers’ technology and capabilities are relatively mature. With the current pace of development, this doesn’t seem to be too far off. The Chinese government has set an annual sales target of 7 million NEVs by 2025, up from 351,000 in 2016. It has also ordered all car manufacturers in China to start producing NEVs by 2019.

China is already the largest producer of plug-in electric vehicles in the world. In fact, the country accounted for more than 40 percent of all electric cars sold worldwide in 2016. However, electric and hybrid vehicles only account for 1.4 percent of China’s total market share in 2016, and almost all EV manufacturers are still heavily reliant on government subsidies. China has stated that it will however, fully eliminate government subsidies by 2021.

The main issue restricting growth in the NEV market has always been the high costs associated with lithium battery technology. However, Bloomberg estimates that the cost of lithium batteries will reduce by 14-19 percent each year from now to 2022, and by then the cost of an NEV (without subsidies) should reach parity with ICE vehicles.

Shortly after a DIT-led EV100 mission (Chinese companies in the EV sector) to the UK, the IEEV Exhibition (China International Energy-saving and New Energy Vehicles Exhibition) was held in Beijing in late October and showcased over 160 different models of NEVs.

Apart from mainstream brands from Europe, America, Japan, and Korea, local automotive brands, such as FAW, Dongfeng, SAIC, Changan, BAIC, BYD and Geely also showcased their latest EV models and technologies. In particular, a new player on the market, Qiantu, caught the eye with its K50 model and has recently received approval from the National Development and Reform Committee (NDRC) to manufacture 50,000 units a year.

So far, international automobile makers have built cars in China through joint ventures with local manufacturers in order to avoid the 25 percent import tariff. However, this business model also meant that profits, and potentially their technology, was likely to be shared with the Chinese partner. In November 2017, an announcement that Tesla has made a deal with the Shanghai local government to build a wholly foreign-owned factory in the Shanghai Free Trade Zone (FTZ) is set to change the landscape. The move will greatly reduce production costs and will help meet Elon Musk’s ambitious goal of producing 10,000 Model 3s a week globally. However, if the vehicles are to be sold into China, they will still be subject to the 25 percent import tariff when the vehicles leave the FTZ and enter the Chinese market.

For more information on the Auto industry please contact the author, Mark Xu, Sector Lead for Advanced Manufacturing and Transport at CBBC: mark.xu@cbbc.org.cn.