Anyone who has spent five minutes in China recently knows that financial technology – or fintech – is massive. WeChat Wallets, Alipay, and a few dozen other systems are making financial services more efficient and accessible, and cash increasingly redundant. In ‘China’s Fintech Explosion’ (Columbia University Press), Sara Hsu and Jianjun Li argue that these systems are catering to markets that state-owned banks and an undersized financial sector do not serve amid a backdrop of growing consumption and a large, tech-savvy millennial generation. Jianjun Li is professor of finance at the Central University of Finance and Economics in Beijing, while Sara Hsu is a visiting scholar at Fudan University’s Fintech Research Center in Shanghai. 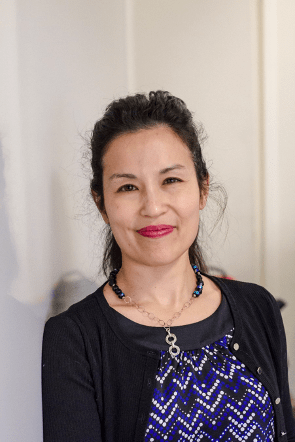 You argue that fintech has grown rapidly and been innovative in China, ‘to fill the gaps that the mainly state-owned banking sector could not fill.’ What were these ‘gaps’ and how has fintech successfully filled them?

The state-owned banks have tended to lend to large firms and state-owned enterprises, neglecting small and medium-sized firms, microbusinesses, and individuals. Smaller borrowers, who generate over half of China’s GDP, have often had to obtain funds from the curb market outside the official banking system, which is unregulated and can involve excessively high interest rates. In addition, curb market lenders often do not provide sufficient funds for individual borrowers, so borrowers must obtain funds from several sources to fulfill their capital needs.

The biggest issue in lending to small borrowers is that are considered riskier because they may lack a track record of bank borrowing and/or collateral. Fintech has provided funds for smaller borrowers who lack a credit history by using alternative data, such as phone payment records or social media attributes, to fill the gaps. The data is combined with new credit scoring models to rank smaller borrowers; hence fintech has complemented normal bank lending.

You also argue that fintech is key to China’s rebalancing towards a consumer/domestic consumption-oriented economy. How has this worked?

Fintech has helped consumers obtain loans, which has played a key role in boosting consumption. In China, the consumer lending market still remains rather underdeveloped, but it is growing, with unsecured consumer lending expanding 20% per year for the past ten years. This is essential in smoothing the consumption process and aiding the purchase of more expensive products and services, such as cars and home renovations, as China’s standard of living and cost of living continues to rise.

Due to the slowing economy in the face of the US-China trade war and coronavirus, the process of rebalancing toward a consumer economy hasn’t been as easy as it would otherwise have been. In addition, regulations on the P2P lending sector in recent years have put a dent in the growth of the fintech industry. Overall, China is rebalancing toward a consumer-led economy, and as growth picks up, fintech will continue to play a key role in funding the phenomenon.

Despite the earlier innovations of PayPal and other fintech solutions in the West, China has come to leapfrog America and Europe in the sector – both in terms of innovation, roll out and take-up. How did this happen and why?

China faced glaring gaps in finance for smaller firms and individuals, so when funding became available for these entities, it was taken up with enthusiasm. The US and other Western countries already had many resources in place for small business and consumer lending even before fintech addressed some of the remaining gaps in these areas in the West. China also had a relatively low use of credit cards, and so when electronic payments became available, they expanded quite rapidly. People didn’t have to carry cash with them as often, and this provided a convenience that many hadn’t experienced before.

China also had a relatively low use of credit cards, and so when electronic payments became available, they expanded quite rapidly

China’s innovation in fintech was supported by central government policies as well as by large internet firms like Alibaba and Tencent, which themselves participated in the sector. There was plenty of funding for fintech businesses and their innovations, and a great deal of enthusiasm for this new, booming sector.

Talented new graduates and entrepreneurs entered the industry due to the promise of profit and cutting-edge development. Therefore, human capital was widely available to produce technological breakthroughs.

Does fintech’s growth ultimately undermine the notion of a majority state-owned banking sector in China?

The state-owned banks have been told many times by the government to lend to small firms but they have faced difficulties in doing so, as they were insufficiently equipped to assess small firm risks. Fintech firms, therefore, are able to fill this gap, which fulfils the government need to assist smaller entities. In addition, banks have more recently been developing their own financial technologies to assist underserved companies. In this sense, they are playing catch-up to fintech firms.

What are the opportunities for foreign fintech companies in China – on either the technical or the financial side?

China has started opening up its payments sector. Foreign payments firms have been keen to enter China’s economy, although domestic payments firms are already deeply entrenched.

Foreign fintech companies still face barriers to entry, such as an opaque application process and high competition from government-associated firms.

What is China’s fintech landscape going to look like five years from now?

I think some of the fintech firms are attempting to survive in the face of external shocks and the slowing economy. Some of them will make it and others won’t. The ones that do will rely more on new technologies such as artificial intelligence and 5G, which will help to reduce credit risks and advance the industry.

We have already seen this, especially in the peer-to-peer (P2P) lending sector before its decline. The smaller firms that had less innovation and expertise quickly exited the industry because they couldn’t compete, and the ones that remained had sophisticated credit rating and fraud tracking methods that used technologies like artificial intelligence. This process will continue down the road, especially as the new technologies are implemented and change rapidly in the near future.

Also, China’s expected sovereign digital currency will change how Chinese firms and consumers use currency and the extent to which they adopt digital wallets. That will boost the demand for fintech services. Use of 5G, combined with the Internet of Things, will bring new life to internet-connected objects and integrate fintech into the overall digital environment.

Get listed in the International Import Expo 2020 digital brochure

COP26: How emerging technologies are paving...

COP26: How emerging technologies are paving the...