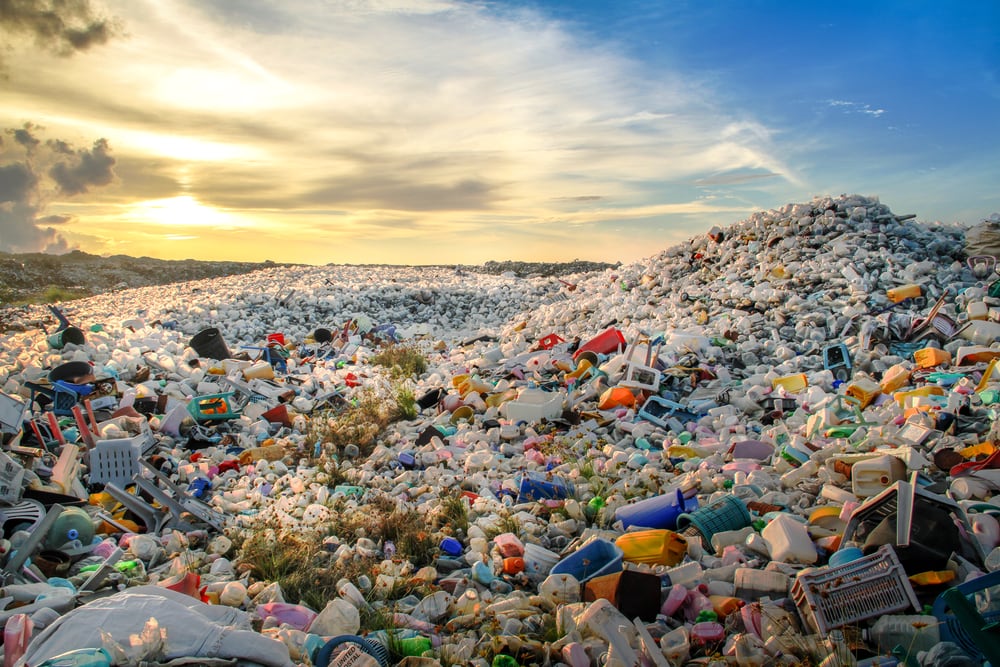 Up until the start of 2018, China was the world largest importer of waste. Around half of the world’s plastics, paper and metal wastes were shipped to China for repurposing and between 60 and 70 percent of waste from the UK. This all ended on January 1st, when China declared a ban on the import of most recycled waste, as part of a pledge to clean up polluting industries and ban “solid waste with major environmental hazards,” writes Tom Pattinson

For the UK this has proved costly. According to a survey by the Local Government Association (LGA), half of the UK’s local councils that responded expect to see a rise in costs associated with recycling to the tune of £500,000 a year. “It’s clear that the ban by China on imported waste, which could soon be implemented by other countries, could have a marked impact on councils’ ability to recycle,” said Martin Tett, environment spokesman for the LGA.

Plastic waste – especially the single-use, low-grade plastics that are used in packaging and plastic bottles – from the US, Germany, Japan, Mexico and the UK is instead being sent to other countries in South-East Asian. Campaigners have claimed that these developing countries are not able to cope with the increased volume of imported waste and that the lack of regulatory framework means that plastic waste is not always processed correctly and much of it might be washed into the oceans. It was reported in the Telegraph recently that plastic waste from the UK intended for processing in Malaysia has been discarded by waste companies illegally.

The China ban is forcing richer, Western countries to consider how to deal with their plastic waste effectively 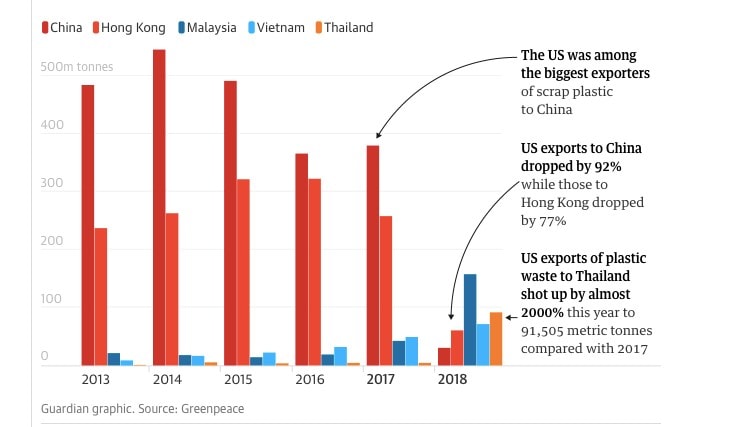 But these countries also are struggling to cope. In May, Vietnam temporarily banned plastic waste imports after two of its ports became overwhelmed, and Malaysia revoked permits for some plastic imports after residents complained of air and water pollution. Thailand just announced that they will place a ban on importing plastic waste in 2021 after struggling to cope with the volume of waste being received and irregularities were found in some recycling plants.

Back in the UK, there is currently no market for recycling low-grade plastics and if councils are not able to send them to be processed overseas then they could end up in UK landfills.

The cost of collecting and treating packaging waste to local councils is £700 million, yet just £73 million of this funding comes from companies producing the packaging. This is not the case in Germany, Belgium and the Netherlands where 100 percent of the cost of recycling comes from retailers and packaging companies.

The silver lining might be that the China ban is forcing richer, western countries to consider how to deal with their plastic wastes effectively. One immediate solution has been the rise in the number of waste trading platforms to emerge.

Scrapo is an online marketplace that matches buyers and sellers of second-hand polymers in different countries, whilst Scrap Monster deals in scrap metals. MerQbiz is a platform for the used paper market and Materials Marketplace allows manufacturers to exchange factory by-products and leftovers more easily. However ultimately, the only way to resolve the problem is to drastically reduce waste at its source.