CBBC, together with a group of member companies including Jaguar Land Rover and AstraZeneca, met with Vice Premier Hu Chunhua during Expo Central China in Taiyuan

Expo Central China was held from 21-23 May. The meeting took place during the second day of the expo, providing members with an audience with Vice Premier Hu Chunhua — a member of the Politburo with a portfolio including EU-China affairs — to provide recommendations and discuss opportunities for UK companies to expand the scale and scope of their business in China.

During the meeting, the vice premier sought to assure attendees that “China remains committed to further opening up and that China will also continue to work to improve our business environment and values the suggestions put forward by foreign business.”

CBBC members Jaguar Land Rover, InterContinental Hotels Group, and AstraZeneca joined the meeting, during which the British car brand outlined its aims and intentions for the market going forward. Vice Premier Hu asked the ministries attending to take a close look at the recommendations shared by the businesses present and work to address the problems.

Following the meeting, Tom Simpson, CBBC’s managing director and chief representative in China, said: “British business remains committed to the Chinese market and hold a long-term view for their investments here. Today’s meeting was an ideal opportunity to reinforce this message and receive feedback from Vice Premier Hu and the Vice Ministers in attendance on the suggestions raised.” 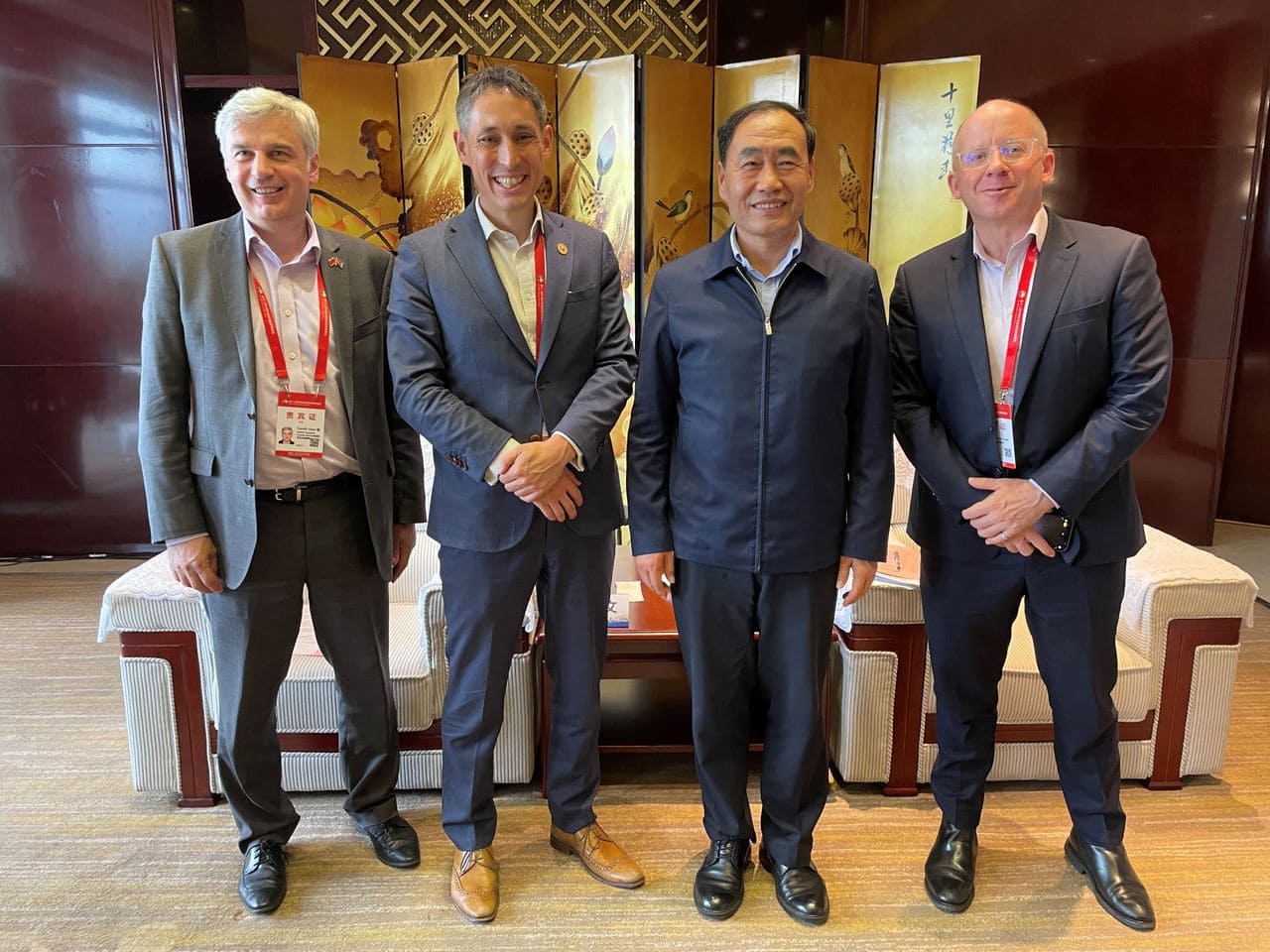 During the meeting, the governor of Shanxi province, Lin Wu, outlined the province’s capability in energy production and its ambition to adapt away from a focus on the energy industry to advanced manufacturing and other high-tech industries. Governor Lin also updated members on Shanxi’s plans to achieve carbon neutrality and expressed his desire that British businesses work closely with their Shanxi-based counterparts to achieve this goal.

Vice governor of Hubei Province, Zhao Haishan, highlighted Hubei’s favourable position in Central China as an investment destination, citing the fact that the volume of imports from the UK increased by 60% last year and exports from Hubei to the UK increased by 90%.  Based on this strong foundation, he expressed his desire for Hubei Province to collaborate more with UK firms, especially in pursuit of carbon neutrality. He updated members on the province’s plans in this regard, noting that Hubei is currently formulating a strategy to manage its transition to net-zero and that its carbon emission trading market will open in June.

From Cartier to Gucci: 5 luxury brands that nailed their China marketing