Can live streaming save private education in China? 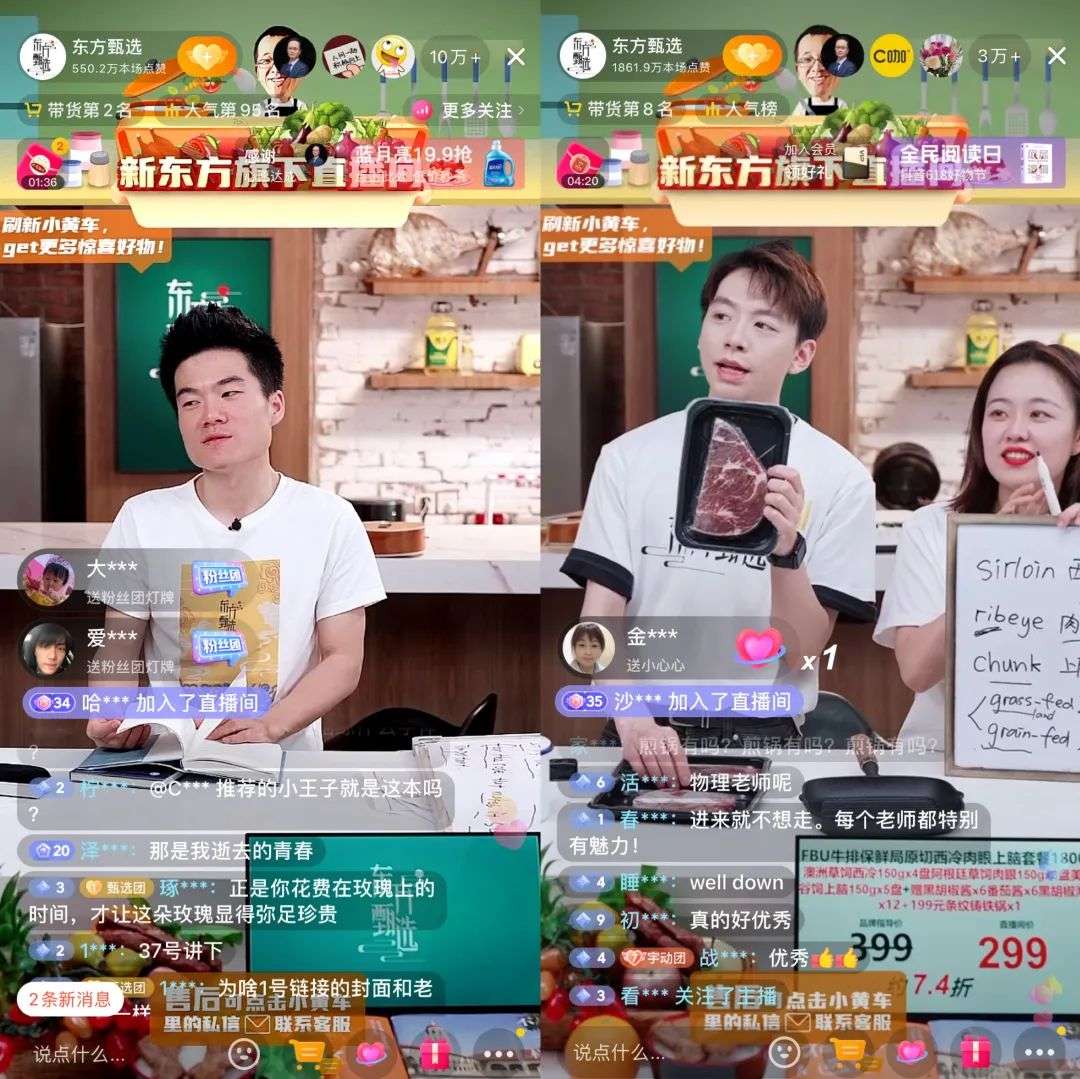 New Oriental has been in the news for its hit Douyin live streaming channel, which combines product sales with language learning. Could this strategy have the potential to open new doors for China’s struggling private education sector, asks Qing Na from Dao Insights

In mid-2021, China’s private education sector – particularly after-school tutoring – took a blow from the government’s ‘double reduction’ policy, which aims to reduce the intense stress levels among the school student population by introducing tough new controls for extra-curricular activities and cutting down on homework.

However, the sector may finally be seeing the light at the end of the tunnel thanks to an unlikely saviour: live streaming. Former extra-curricular tutoring service unicorn New Oriental – which posted losses of $876 million (£719.1 million) and laid off 60,000 staff after the private education crackdown – has been the first of its kind to create new momentum with live streaming.

Former English teachers at New Oriental have now been able to return to the “classroom” online via the company’s new live streaming channel on the Chinese TikTok Douyin, Dongfang Zhenxuan (or Oriental Select), established by Yu Minhong, founder of the English-teaching organisation.

Teaching, which switches between English and Chinese, has been adapted for the hyper-commercialised live streaming world, with the lecturers-turned-live streamers promoting products ranging from books to steaks while blending the commercial activity with educational presentation by talking about philosophy and poetry. This unusual approach to bilingual live streaming soon set the channel apart from existing live streamers, amassing over one million followers in just one day and knocking out a sales increase of RMB 17.8 million (£2.18 million) in just three days.

New Oriental’s resurgence not only marks a successful transformation for the company itself, but also signals hope for other private education institutions in China. When it launched last December in its original format, the Douyin video channel was deemed to be a “last resort” for the company, and the teaching team didn’t see huge progress. For example, a total of 26 live streaming events generated sales of RMB 4.5 million (£551, 792), which is an average of RMB 175,000 (£21,474) per session. For comparison, major live streamers can sell hundreds of millions of RMB of goods during a single live stream. But the turning point came on 9 June when the English experts “accidentally” combined English teaching with selling products.

Many China commentators believe that the key to New Oriental’s success is that they figured out a consumption scenario that is well-suited to the products they are promoting. They promote a wide range of products at “down to earth” prices, a shift from the early days of the channel when they were promoting expensive steaks that were dubbed the “Hermès of agricultural goods.” While continuing its focus on farm-fresh products (a smart strategy that aligns with the Chinese government’s current focus on rural development), the channel now also covers books and snacks, which has broadened the scope of the English-language topics the team can talk about while also creating more avenues for income.

What started as an experiment has born fruit, with the channel seeing consumers who are interested in learning English rushing to join New Oriental to follow their updates. This has resulted in a closer relationship between the channel and its followers, encouraging sales through authenticity and trust. As Dongfang Zhenxuan continues to make a splash in the digital space, New Oriental has decided to strike while the iron is hot, with a new live streaming arm launching another six subsidiaries dedicated to specific categories from cultural and creative products to electronics. This furthers the synergy of the former after-school education service provider and the e-commerce sector.

New Oriental’s journey has the potential to open new doors for China’s struggling private education sector. By identifying products that are compatible with their expertise, tutoring service providers may be able to capitalise on China’s live streaming phenomenon while continuing to deliver educational value in a more playful and engaging way.

China Consumer 2022: How British Brands can win in China

How to tap into China’s growing wellness culture