China has emerged as the biggest growth engine for UK exports in 2020, the latest sign of the importance of our economic ties with the world’s second-largest economy

Analysis of the UK’s trade data for the first eight months of the year show that British goods exports to China rose by 10.7% compared with the same period in 2019, excluding volatile items such as crude oil and non-monetary gold. In value terms, British exports to China are up by £837 million year-to-date.

British goods exports to other major markets have meanwhile fallen sharply on the same basis, with worldwide UK goods exports down 25% this year. Shipments to the US have dropped 17.7% in the first eight months of 2020, with those to the EU plummeting by 18.8%.

The same is true for major Asian economies besides China. British goods exports to Japan, with which the UK has recently signed a trade agreement, are down 14% so far this year, while shipments to India have contracted by over one quarter. Only South Korea, whose economy heavily relies on trade with China, increased imports from the UK among major Asian nations. Whilst UK exports to Canada are rising at a faster rate than those to China, it is a much smaller market for the UK than China.

Why you need a retail store in China

The figures underscore the success of UK businesses in exporting to China, one of the few major economies to have returned to growth this year in the wake of the COVID-19 pandemic.

“It is great to see how well placed British companies are to take advantage of China’s economic comeback, a testament to their hard work in attracting a solid Chinese customer base for their goods,” said Matthew Rous, chief executive of the China-Britain Business Council.

“China is becoming an ever more important market for UK businesses. It’s vital for British jobs that we continue to develop our economic ties with the world’s fastest-growing major economy.”

China is already the UK’s third-largest goods export market, based on 2019 figures. According to recent research from Cambridge Econometrics, Britain’s links with China via trade, tourism and education now support an estimated 114,000 to 129,000 jobs in this country.

China remains the principal driver of UK exports in 2020 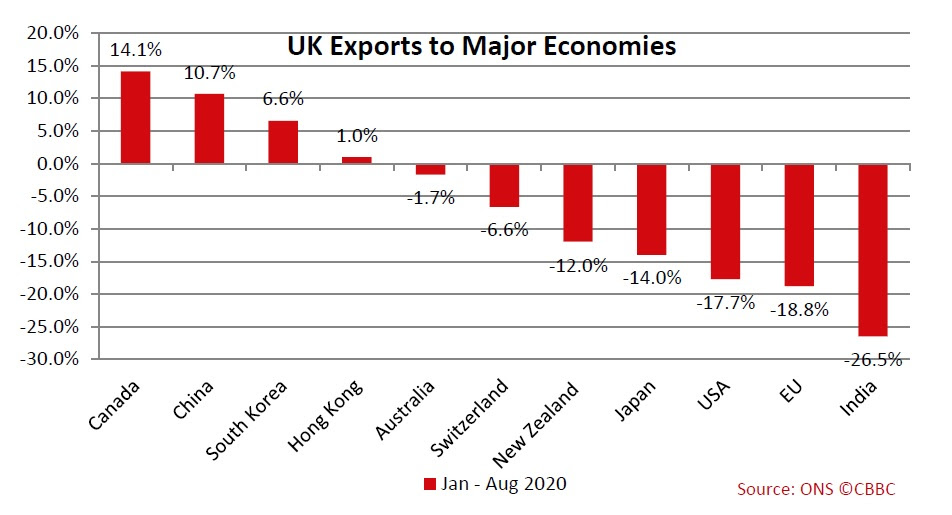 How to sell to China from your own site

Such data reflects that China’s recovery has to date been led by its manufacturing sector. More recent data figures suggest Chinese consumer spending is returning to health, which should benefit UK companies in the food and drink, retail and fashion sectors. 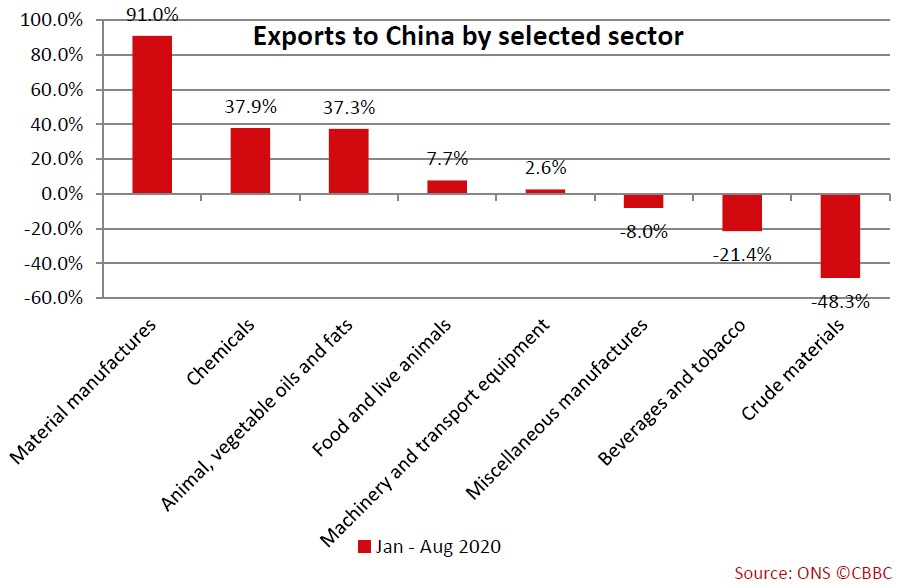