Are Gen Z Chinese consumers getting tired of the guochao trend?

Since 2018, brands like L’Oréal, KFC and Oreo have attempted to tap into the guochao trend by showcasing designs and collaborations inspired by Chinese culture. However, amid a slew of unpopular collaborations, Qing Na from Dao Insights cautions that consumers may be getting tired of this trend

The term guochao (国朝), meaning ‘national trend,’ refers to the fact that young Chinese consumers are increasingly interested in the integration of traditional Chinese culture and style with domestic brands and products.

While the guochao movement has been most notable for boosting domestic Chinese brands like Li Ning and Anta, the emerging consumer trend also prompted savvy brands to tap into the country’s growing cultural self-esteem. Many brands have come up with their own guochao-inspired creations through collaborations with important Chinese cultural institutions such as The Palace Museum (aka the Forbidden City). From beauty brand L’Oréal to biscuit maker Oreo, marketers from around the globe have sought to package themselves with so-called cultural IPs in a bid to win over the lucrative Gen Z demographic.

As China-proud narratives have flooded the market, some have been praised for showing respect to the local culture, while others have incurred a backlash from disappointed consumers. American chocolate maker Dove and Chinese alcopop brand Rio were among the latter. 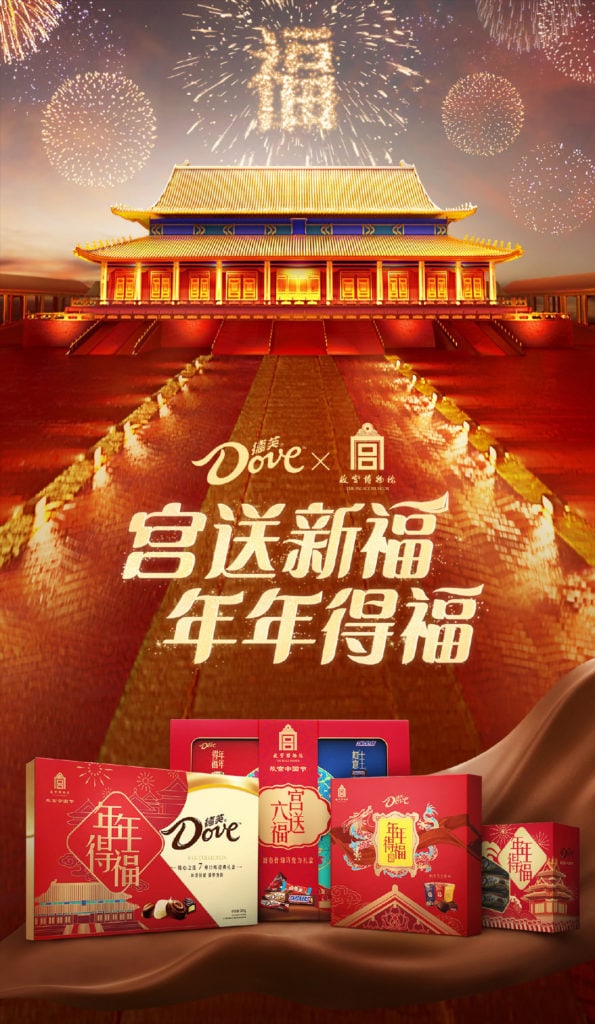 Internet users were disappointed by Dove’s customised Lunar New Year 2020 gift box in collaboration with the Forbidden City. Comments noted that the special-edition boxes looked no different from any other candy boxes due to the limited application of elements from The Palace Museum, with only a small logo printed on one corner of the box. 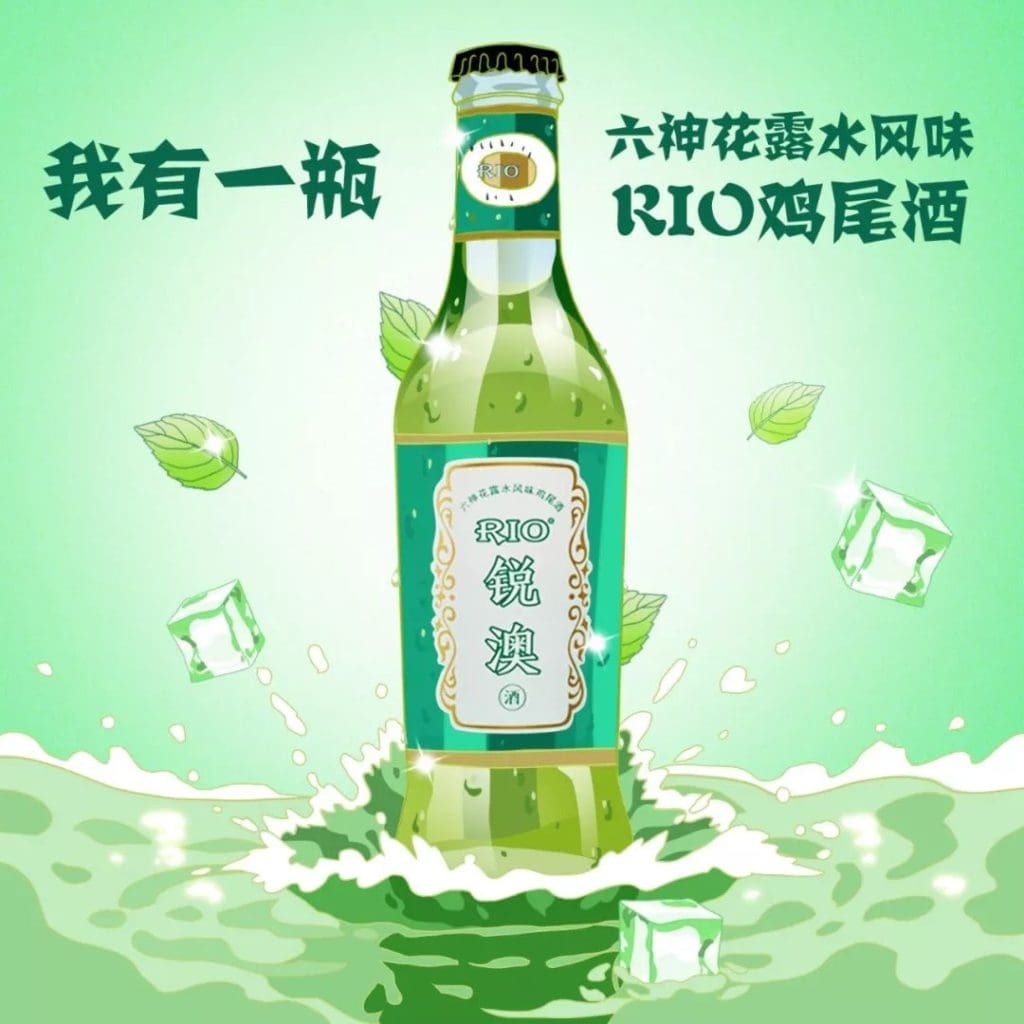 Rio’s ‘insect repellent-flavoured’ cocktail also got given the cold shoulder. It was a bold move to partner with a household name like Liushen Florida Water, China’s favourite brand of mosquito repellent, and the campaign sparked fevered buying when it first launched among consumers intrigued by the bizarre flavour and the creative packaging that replicated Liushen Florida Water’s distinctive bottle design. However, once consumers actually tasted the drink they quickly took to the internet to express their disappointment.

Collaborations that are deemed superficial or adopt inappropriate cultural elements not only fail to resonate with the target audience but also put the brand’s image at risk, ultimately resulting in a loss of consumer interest. The unenthusiastic consumer reactions to campaigns like those from Dove and Rio have started to sour guochao-themed campaigns overall, suggesting that some Chinese consumers are starting to experience ‘guochao fatigue.’

However, recent consumer research led by Aurora Mobile (a Nasdaq-listed Chinese big data solutions platform) found that guochao consumption in China is yet to reach its peak. While 70% of China’s post-1990s generation are regular buyers of homegrown brands, the figure rises to nearly 80% among the younger post-2000s demographic. Moreover, consumer interest has been expanding to lower-tier markets after successfully penetrating markets in major first and second tier Chinese cities. It has been reported that domestic brands are the go-to choice for approximately 66% of the population in first tier cities, with more than 80% of consumers from China’s tier three or lower-tier regions embracing national brands. This can be attributed to improved quality that satisfies consumers’ demand for functional, good value products, but also because products and brands are fulfilling an emotional need for national pride. 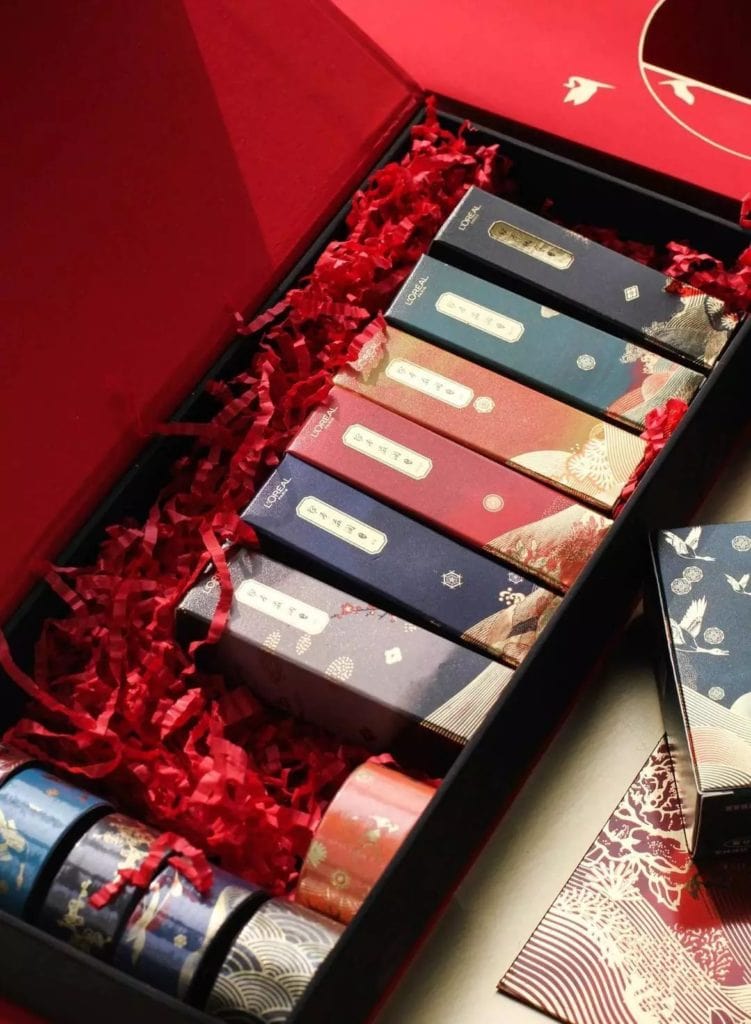 L’Oréal produced a series of five limited-edition lipsticks in collaboration with The Palace Museum, which were well-received by consumers

Meanwhile, products that incorporate Chinese elements still seem to be appealing to China’s younger generations, with 83.5% of post-1990s consumers showing a strong interest in these offerings. Of these, nearly 30% have turned that interest into an actual purchase, with the same percentages rising to 88.1% and 40% respectively for the post-2000s generation. Furthermore, rather than losing its appeal, the guochao trend is believed to have entered a new era, with the so-called New Chinese Style emerging to drive quality up. Continuing the principle of infusing modern designs with Chinese culture, the new trend appears to be bolder in adapting Western aesthetics and has been penetrating markets such as interior design and fashion, with the latter gaining significant popularity among China’s Gen Z.

It is worth noting that the standards applied to guochao products are being driven continuously upwards by savvy Chinese consumers, who reject collaborations and designs that simply borrow a traditional feature without an effective connection to the brand’s own products. Brands that can create synergy between their own specialisation and the enthusiasm for the guochao movement, on the other hand, can stand out from the crowd and make themselves favoured brands. For marketers who want to capitalise on the guochao trend, this shows the importance of thorough research and well thought out campaigns.

So are consumers getting tired of the guochao trend? The answer, at least for the moment, is probably not. When consumers turn their back on guochao-inspired offerings, it is not because of a lack of interest, but rather because they disagree with the approach brands are taking.

While consumer interest in guochao is still very much present, it has become more sophisticated. The time when putting an existing product in Chinese-style packaging could win a round of applause is long gone. To remain competitive in the battle for successful guochao marketing campaigns, brands need to deepen their understanding of their target audience as well as the culture they exist in.

Pension reform in China and the role of private insurance