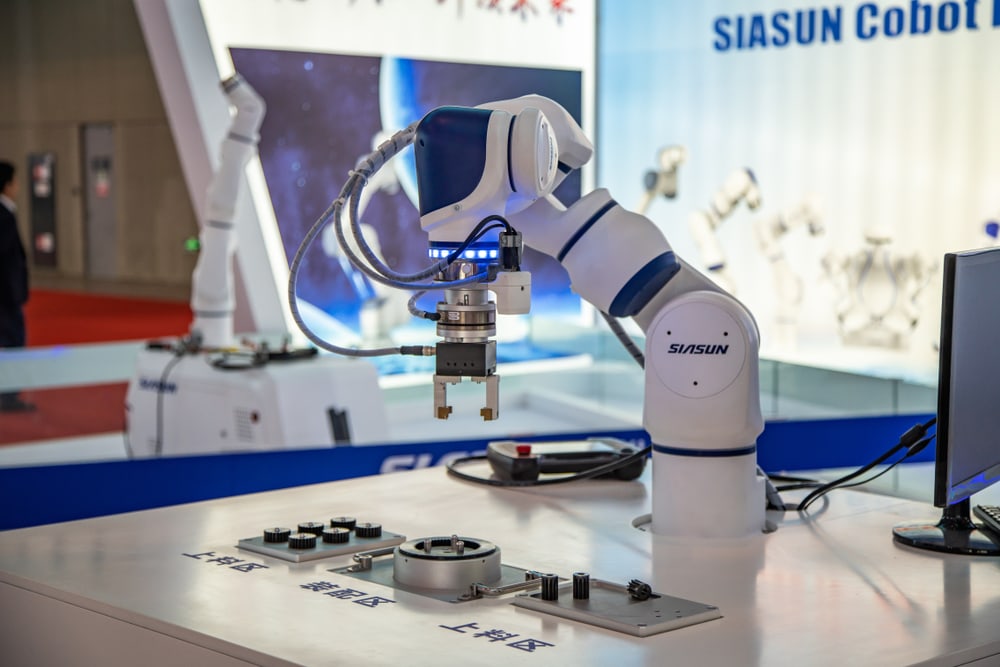 The 19th edition of the China International Industry Fair (CIIF) was held in Shanghai from the 7th to 11th November. This showcase of Chinese manufacturing brought together 2,000 national manufacturers from new automotive, aerospace, robotics, new materials, smart city, energy and other sectors relevant to China’s Made in China: 2025 agenda.

This year, for the first time, the UK held a GREAT Campaign Pavilion with exhibitors and attendees from Scotland, Wales, Northern Ireland, the Northern Powerhouse, the Midlands Engine and the East of England. The UK exhibitor companies ranged from the largest UK manufacturers such as JLR Land Rover, Rolls Royce and Dyson through to smaller, more flexible and innovative manufacturers that are in the early stages of exploring the China market.

Throughout the show CBBC staff accompanied UK companies to make introductions to 45 Chinese exhibitors across all the halls of the massive complex. The stand visits gave members the opportunity to see how far Chinese manufacturers have come and to discuss with them their thoughts about working with the UK in the future.

First impressions of the show were dominated by just how many Chinese companies are making vast technical advances and creating niche markets for themselves. Examples of this included Panda Robotics who now specialise in making robotic systems that build other robots, and INVT who have taken advice from their customers to produce ever more powerful mechanical drivers.

It was also apparent that several companies are reinvesting into their supply chain and ancillary departments. Across all areas we spoke with companies who are now manufacturing their own critical components and who have brought IT management in-house. This was most clear in the smart cities exhibition where complete utility management systems monitored electricity, gas and water and fed big data into user-friendly display systems. Not only can users be alerted to a malfunctioning valve but they can also view it with a remote camera. Shanghai Electric had perhaps the most impressive system where intelligent paper could be passed around a table onto which was projected live updates on specific data analysis.

Another impressive aspect of the show came from companies such as Siasun who are not just producing machinery with great functionality but also creating individual recognition through colourful and organic form design. William Morris and other great British designers of the arts and crafts movement would have been proud.

For UK companies the show reinforced the old message of ‘know your target market’. There is still huge scope to supply products and skills, but not all companies in a sector, or niche sector, are in need of those products. Companies need to attend shows like CIIF regularly to understand what their product or service offer should be and to whom it could be relevant.

From Chinese companies the message to the UK was clear. Many find it very hard to consider export. They know in order to service clients overseas they need to invest in after-service centres but few were aware of the need to register their brands overseas. These final points are very familiar to CBBC as these are exactly the kind of messages we impart to UK exporters.

For more information on the advanced manufacturing sector contact stewart.ferguson@cbbc.org.