It’s December, Christmas is coming, evenings consist of cosy nights in, sitting around a Christmas tree or open fire; a glass of mulled wine, some mince pies and some carols in the background perhaps – an authentic Christmas. But not in China. The team at Dao Insights take a look at five new Christmas trends taking China by storm.

Christmas in China isn’t a national holiday, it’s not even a tradition, its more of a gimmicky festival like Halloween – but that doesn’t mean it’s not a great reason to dress up, put up some decorations and eat some ‘festive’ foods. Here are some Christmas traditions re-imagined the Chinese way. 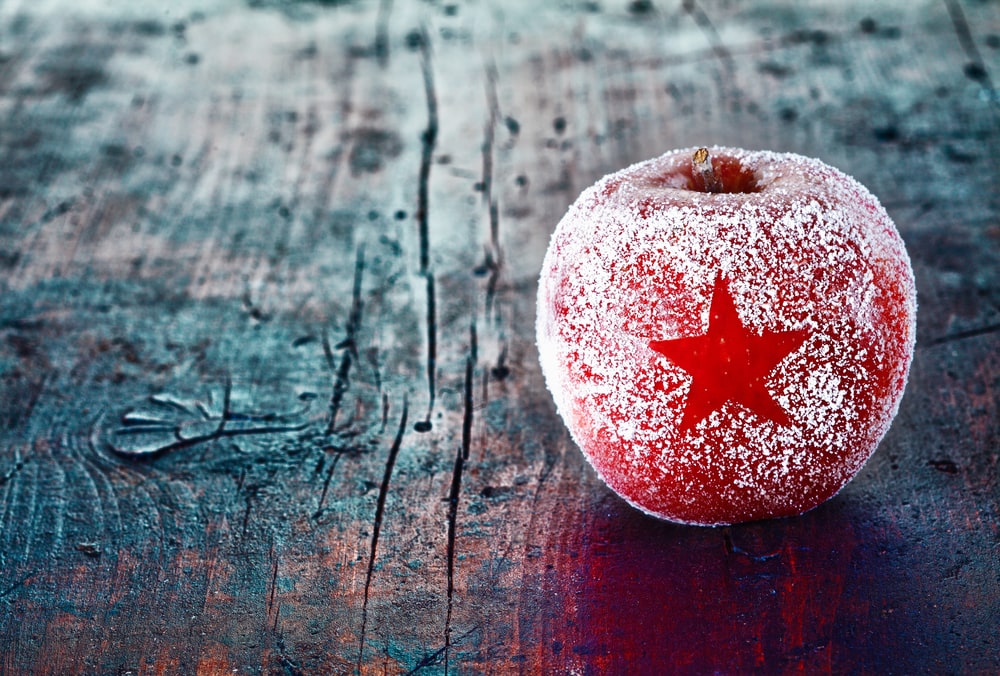 While you may associate oranges with Christmas – discovering them at the bottom of stockings, sometimes pinned with cloves, it’s apples that dominate Chinese celebrations.

On Christmas Eve, people like to gift apples. Why? The pronunciation of Christmas Eve in Chinese (平安夜 píng ān yè, literally peaceful evening) sounds similar to the word for apple (píng guŏ 苹果). Apples are also less commonly known as píng ān guŏ (平安果), meaning ‘peaceful fruit’. As such, people give apples to wish their friends and family peace and safety.

Read Also
Five consumer trends to watch in China in 2020

The apples usually come wrapped in gift boxes decorated with ribbons and often personalised with Christmas messages. With China’s Christmas market expanding, Chinese merchants are coming up with more and more creative ideas to decorate apples, such as printing Christmas messages onto the apple’s skin. 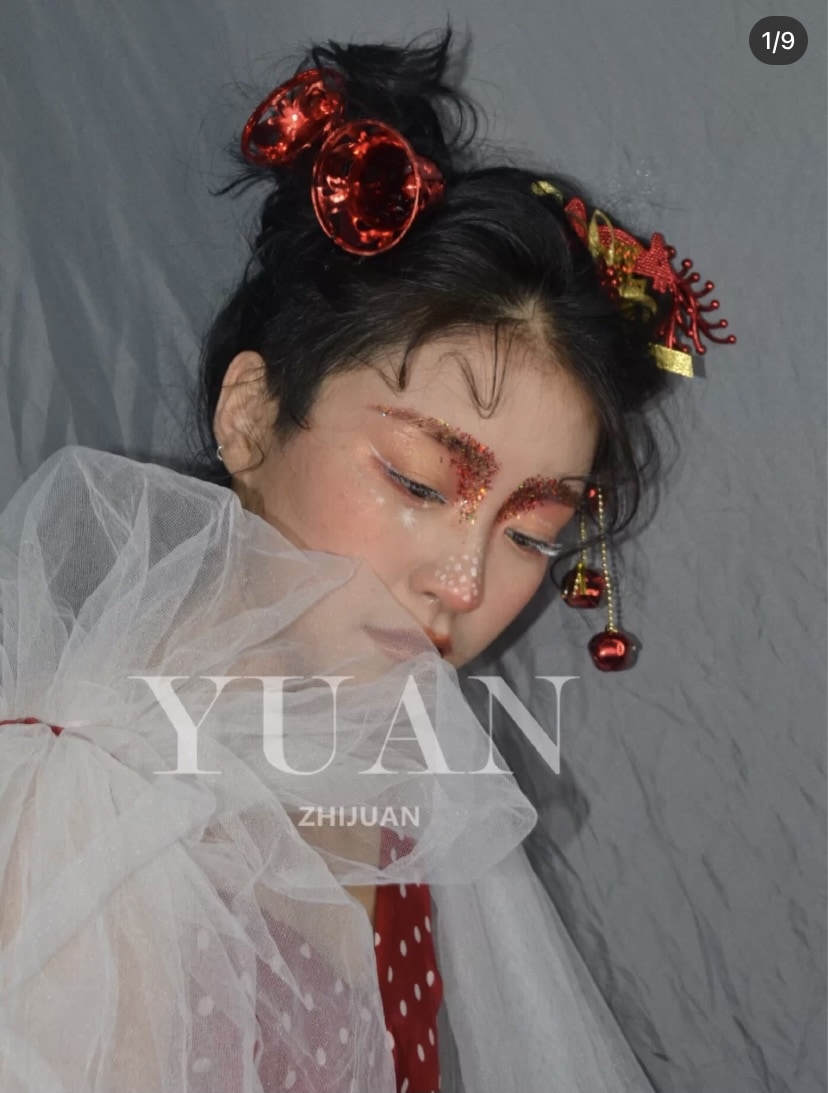 Rather than receiving presents or eating food, applying themed make-up has come top of some Chinese women’s wish lists during the Christmas period. On top of Valentine’s Day and Halloween, Christmas is another imported festival that offers the opportunity for women to add a touch of sparkle. 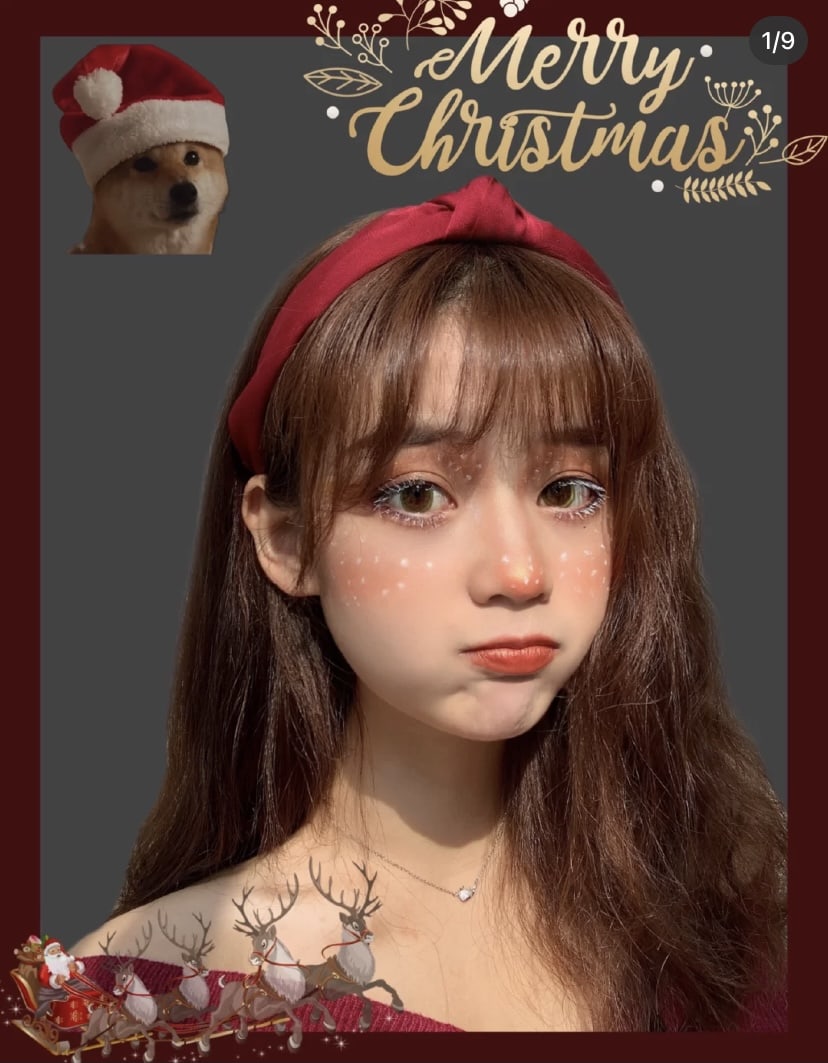 After applying their festive faces, many then enjoy engaging in photo shoots to share their make-up designs online with friends and other social media users. As a result, numerous photo studios have capitalised on this by promoting Christmas-themed photoshoot experiences which include Christmas makeovers, clothes, and special props.

While festive photo opportunities are not missed in Western families, especially those that feature on Christmas cards, Chinese Christmas photoshoots are usually done by individuals or with friends for the purpose of sharing on social media. 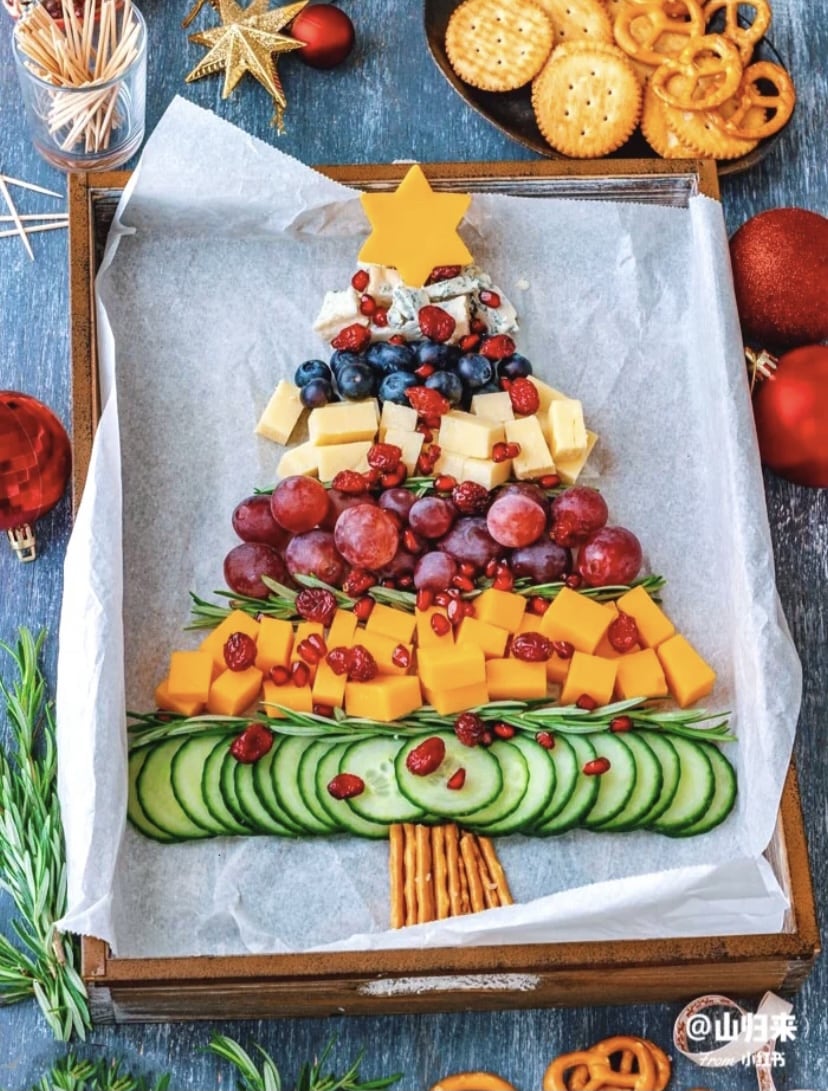 Chinese Christmas meals focus on the ‘look’ rather than traditional ingredients

Do you associate Christmas food with turkey, stuffing, Christmas pudding, cranberry sauce, mince pies and gingerbread houses? Well, many of these foods are hard to find or unavailable in China.

As such, meals focus on the Christmas ‘look’ rather than tasting the staples that we identify with the festival. Christmas rice balls, fruit and vegetable Christmas wreaths, salads, snowman cotton candy and intricately-designed Christmas cakes and biscuits are all popular Christmas foods in China.

To appeal to children, merchants re-designed mountain hawthorn, a traditional Northern Chinese snack consisting of fruits covered in hard candy on bamboo skewers. The Christmas-themed take on the snack uses strawberries, black sesame and banana to make the skewer look like Father Christmas.

Getting creative with DIY Christmas trees 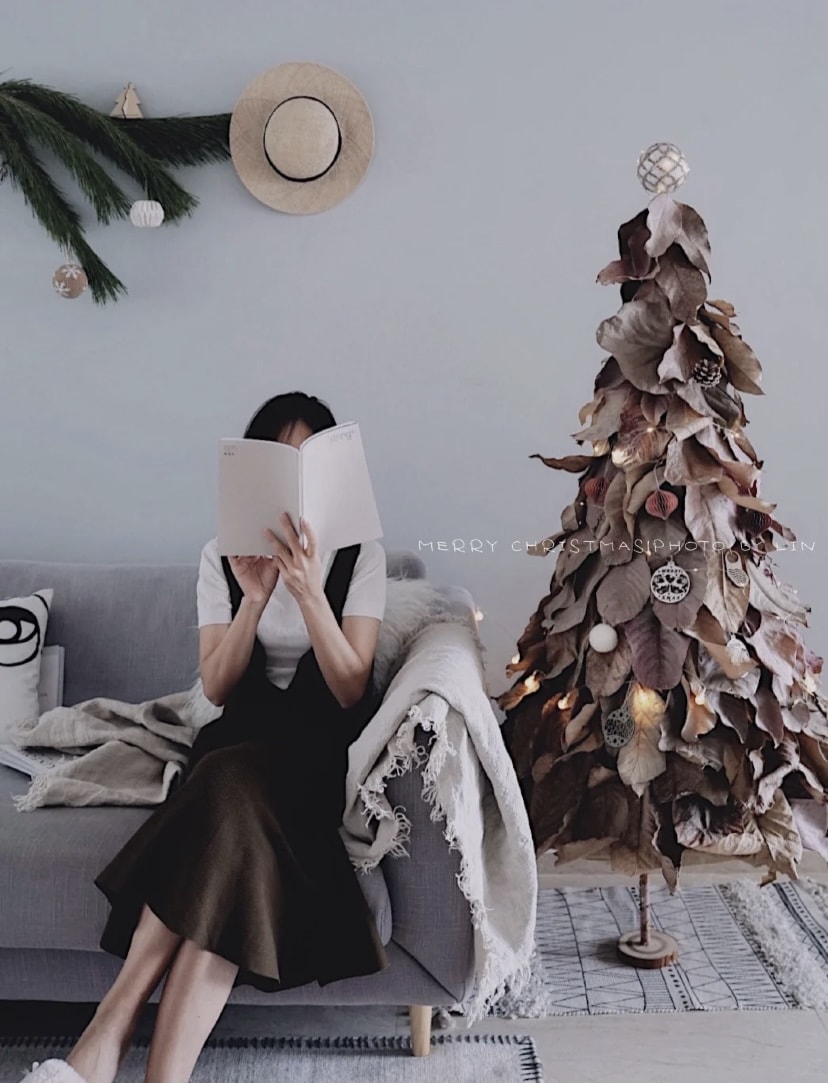 DIY Christmas trees are another way that young Chinese people like to manifest their creative Christmas spirit: one of the most popular DIY trees this year is a “caramel Christmas tree” which is made from dried leaves, newspaper, Christmas tree shaped steel wire and decorations. As well as supporting the artistic design, netizens also approved of the low price of 35 RMB (roughly £4) as it provides a much cheaper alternative to a real Christmas tree.

Brown leaves and newspaper are certainly not decorations that many people would associate with Christmas, but the sustainable alternative is in line with the growing environmental-consciousness of Chinese consumers.

Christmas, but not as you know it!

Just as Christmas traditions and celebrations vary across different European countries, they also differ greatly across the world. In China, Christmas is a relatively new festival and the lack of historical connection with it means that traditions and celebrations have been adapted with a Chinese touch. As the market for Christmas continues to grow in China, brands should pay attention to how the festival is celebrated and how they can use it to appeal to Chinese audiences.

If you are interested in taking part in Chinese New Year 2021 and need a last-minute campaign, you can join our free live stream on 12 January 2021 to learn more. Register here.

How to build your brand credibility online in China

Five retail trends to learn from...

Why more British companies should export...

How to build your brand credibility...

How to register on China’s e-commerce...

Five retail trends to learn from in...

Why more British companies should export to...