Home News 40 years of opening up: The reform and opening up policy introduced in 1978 not only changed China, but the entire world
News

40 years of opening up: The reform and opening up policy introduced in 1978 not only changed China, but the entire world 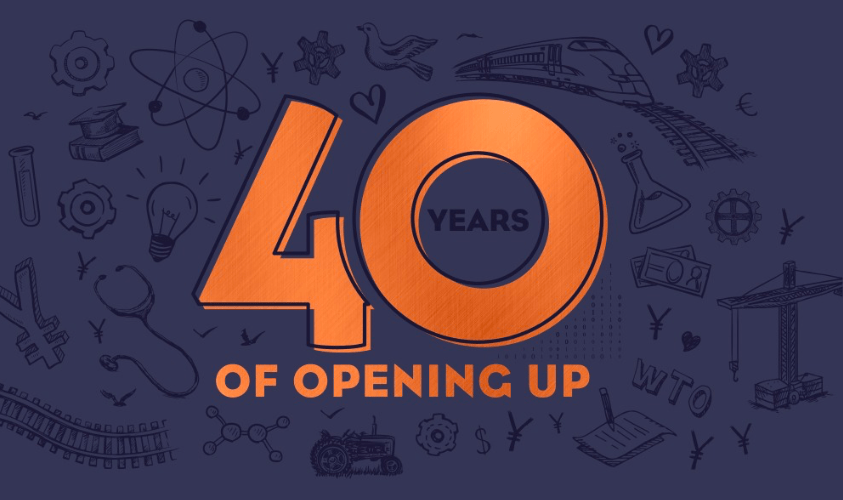 The reform and opening up policy introduced in 1978 not only changed China, but the entire world. FOCUS asks people that have laid witness to these four decades of change to share their thoughts on China’s past, present and future. Words by Ambassador Barbara Woodward, Lord James Sassoon, Kerry Brown, Lord Michael Heseltine, and Richard Robinson

In December 1978, China’s leader Deng Xiaoping, announced that China would start a period of ‘Reform and Opening Up’. This policy sees a de-collectivisation of agriculture, allows foreign investment into the country, and permits entrepreneurs to set up private businesses. By the early 1990s, certain policies and regulations were lifted and state-run businesses were privatised allowing the private sector to boom. The transformation was, as Lord Michael Heseltine says “on a scale without human precedence.”

Year on year, double-digit GDP growth was the norm for much of the 1990s and 2000s and over the last decade, the Chinese economy has tripled in size. Britain has benefitted from China’s growth over this time, with UK-China trade more than doubling from £32 billion in 2008 to £67 billion in 2017.

“The reform and opening up creates huge opportunities for China’s international trading partners and the UK benefits deeply from that,” said the UK’s Ambassador to China, Barbara Woodward. 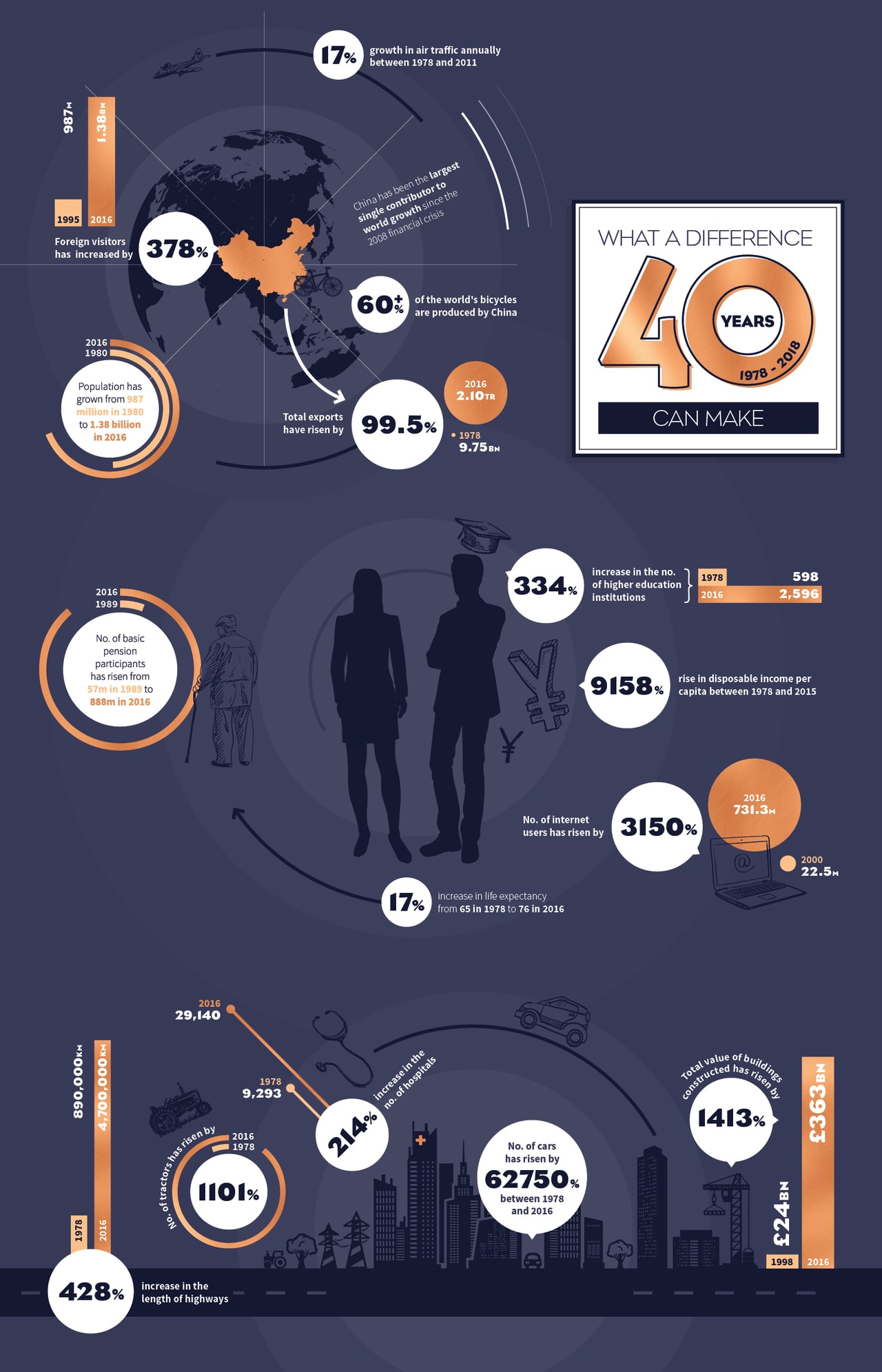 “The UK economy is very strong in financial services, legal services, education, tourism services and so on. As China opens up in years ahead, that will really help UK-China trade and investment grow even further,” she said. “As the Chinese economy opens to the services sector it will obviously be beneficial to the UK but also for China because it will then be able to develop a more balanced economy and indeed a more cutting edge one.

“As China opens up or relaxes its restrictions on Intellectual Property development, R&D collaboration and demonstrates that it really can protect intellectual property then I think there is more scope for collaboration between UK and China in that area.”

During last month’s British Business Awards, organised by the British Chamber of Commerce in Beijing, a new award was established to celebrate the anniversary of China’s Opening Up.

The winner of the 40 Years of Reform Award was Rolls Royce. The engine maker has been operating in China since 1963 when it was making engines for China’s Vickers Viscount aircraft. Today, China has become the company’s second largest market making up 12 percent of its global revenue.

“Reform and opening-up has connected China to the world in an unimaginable way,” says Julian McCormack director of Rolls-Royce China.

Kerry Brown is the author of books including 'The Future of UK-China Relations', 'The World According to Xi' and 'China's World: What Does China Want'. The former diplomat is currently the director of the Lau China Institute at Kings College London

How China is becoming the global tech leader